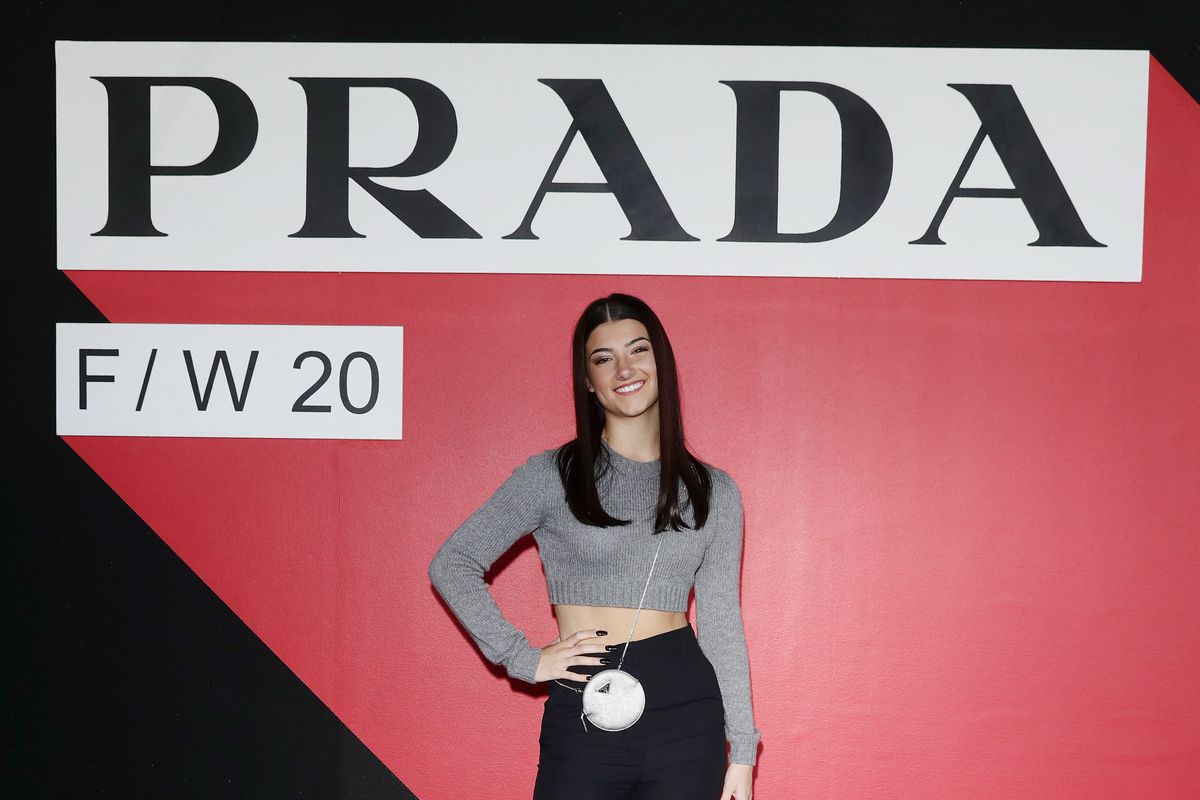 Do you know who Charli D'Amelio is? If the answer is no, you're old! Washed up. Most likely dead. But for the record: the 15-year-old is TikTok's golden girl, and the (non-Gen-Z) world is taking notice. She recently scored a Super Bowl ad (Sabra hummus, not too shabby), a Unicef campaign and The Face calling her the "CEO of Tik-Tok." The latest sign of the times? D'Amelio was invited to sit front row at Prada this Milan Fashion Week, next to fashion journalist Derek Blasberg.

The tween, known for her dance videos, even made a TikTok with the models fresh off the runway.

From the looks of another video, Prada also sent D'Amelio a bunch of clothes to play dress-up in.

Having the It Girl of the month, whatever industry she's coming out of, front row at your fashion show has always been a win for designers, and this fashion month is no different. Cheer's Gabi Butler and Lexi Brumback were recently spotted cheering on Bella Hadid at Brandon Maxwell in New York.

Soon we won't blink an eye at TikTokkers starring in major campaigns and guesting on the runway. This season already, Noen Eubanks starred in an ad for Celine and D'Amelio's boyfrend and fellow TikTokker Chase Hudson attended Dolce & Gabanna and Fendi, according to The Cut. Fame is fame! Followers are followers. Watch out Kardashian, Jenners and Hadids, the new guard is here.