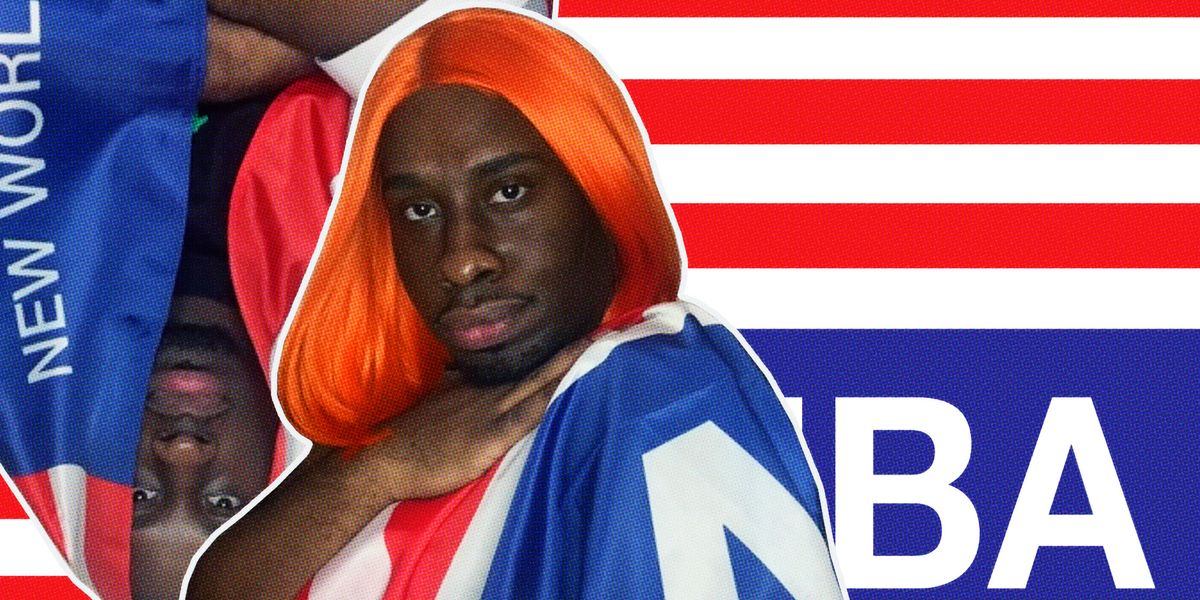 Passing the Hood By Air Flag to Charles Gardiner

I'm a social media influencer, so I make comedy videos. It's usually Instagram, Facebook, now TikTok, but that's where I get it. I'm definitely a tech boy. I'm always on my phone, it's ridiculous how much I'm on my phone. But for me being a creative, getting my information as far as inspiration for the stuff I make, it's usually in and around the neighborhood. If I'm going to the grocery store and I had a little argument, I see something and internalize that. Usually those scenarios are when I'm outside. I do have a little social anxiety and a lot of people don't assume that because I'm such this bubbly energy online. So I'm a big observer, I always just watch. I'm watching in the background and taking everything in.

For me, it's comedy. I'm not a stand-up comedian. I'm more so an actor and I'm usually portraying Black women, because my character is a makeup of all the women I've encountered in and around New York. Especially being from Harlem, I've hung out with so many different types of females, though. Like, the super ratchet ones, the boujee ones. I would definitely say New York women as a whole. I always take different parts and then exaggerate it for my character when I make my comedy. I feel like a New York woman is kind of like myself: Very blunt, straightforward, don't care. They do have feelings, of course, but it's straight to the point. I'm going to tell you how it is and it is what it is. I love that, I'm all that. I love that energy. I'm also a Sag, so I'm very straightforward. This is how I feel and you just got to get on board with it.

The last person was my best friend.

It's like passing the torch. I would definitely say one of my younger sisters. Where I am now, I haven't even started but I love to be able to share my craft with so many people. The feeling that you get and being able to have people say, "Hey, your stuff makes my day." I can be in a bad mood, and I'm uplifted and happy.

From a personal perspective, I feel like I'm half and half, and I say that because being gay and being Black, I have moments where I do feel like I'm present, but then I also feel like there's parts of me that I hide when I'm in society, you know what I mean? Like, I have to tone it down a little bit and I can't really be myself. It's annoying, but it's something that if I feel. I am open and I'm out and my family knows and everything, so you would think that when I walk out the house, I will just be like 100 all the time, just be myself. But it's so different because everyone isn't like my family, everyone isn't the same, everyone has a different view. I never want to put myself in any type of danger, so I'm always hiding parts of myself because I want to blend in with society instead of being that person. It's also tied into my social anxiety where I don't want that much attention on me when I'm out, but I'm trying to work on being myself.