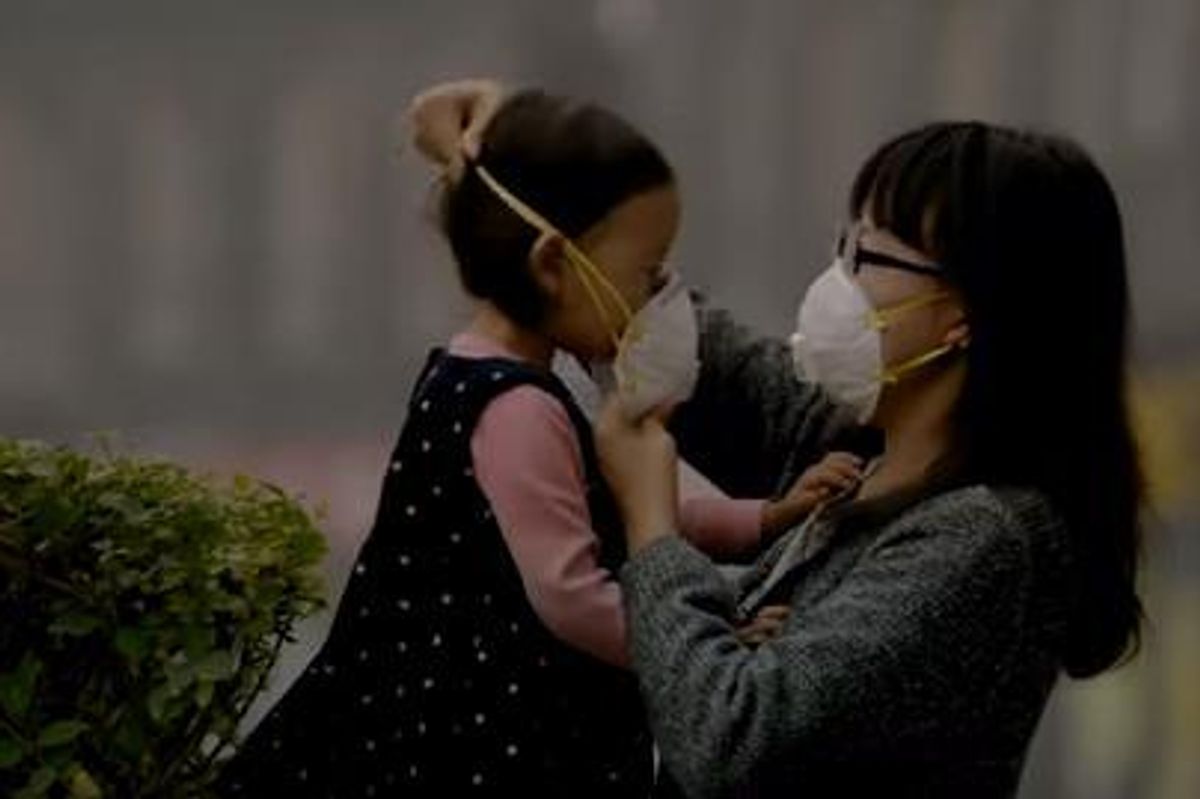 Catching Up With Filmmaker Charles Ferguson, On His New Climate Change-Focused Documentary "Time to Choose"

In his latest film, Time to Choose, director Charles Ferguson leaves us with very little choice.

Through gorgeous cinematography of both the beauty and horror of the state of our planet, he shows us the ravages of the coal and oil industry and just what we stand to lose. The choice is not whether we should start using renewable energy resources but how long we have before it's too late.

The master documentarian, whose last film Inside Job won the Oscar for Best Documentary in 2011, takes us from Nigeria to Indonesia with stops in China, Brazil and our own backyard in Appalachia to show first hand what is at stake.

He sits down with activists fighting against the fossil fuel industry as well as the major players in the burgeoning renewable energy sector, who offer hope (solar panels are profitable!) and an antidote to the unsettling images of scorched earth and waste pits.

With lilting narration by internet boyfriend dujour, Oscar Isaac, and music supervision by Geordon Nicol and Leigh Lezark, the film is a moving yet hopeful snapshot of a world in crisis. We spoke with Ferguson about what he saw and the choices we have in the coming decades.

The footage of the pristine landscapes are just as visually compelling as those of the waste and devastation, they are both equally beautiful in their own way. Can you talk about what you wanted the film to look like?

I have always cared about the visuals of course, this one seemed particularly important after all what we're talking about in the film is the planet; it's future and nature. One thing that I wanted to do was convey the beauty of what we stand to lose. Not just natural beauty, but cities, I find cities very beautiful too. It was really a remarkable experience being in those airplanes I was in them all. I was there for everything you saw on screen, or I think there was one conflict, we were filming in Indonesia and Nigeria at the same time. So I chose Indonesia for that one. Including all of the aerial shots and the fires.

Do you think because you saw everything first hand you got a better sense of what was at stake?

No question. People had told me about burning season in Indonesia but nothing prepares you for really seeing it. It is a staggering experience to see something like that.

How did you get the footage that was risky or illegal in the areas, I'm thinking of the parts in China and Indonesia ?

Well, there was several things we did. There was smuggling involved, secrecy involved, bribery involved. There were some people in all of those places, in Nigeria, Indonesia, China, and to some extent in Brazil, who were sympathetic to what we were doing who helped us covertly. And we also had to do some stuff secretly, sneaking around and also had to pay a few bribes unfortunately.

The footage of the coal miners in China right before it collapsed, were you there as well?

I was not there for that specific part, not in the coal mine itself, no. That footage was taken by one of the cinematographers and he was there by himself. The principle difficulty with my being present for some of the footage in China was my being a white guy and it would have been very obvious that someone was doing something strange without permission, and our cinematographer was Chinese, so he could get around.

Another, decidedly more hopeful, part of the film is the growing renewable energy industry. Since it stands to become such a big business with people making lots of money do you see anyway we could mess that up too? With corruption, mishandingling etc. Not to be glib…!

We could mess it up, it's true. Renewable energy needs to be regulated also. But the harm that it can do is much more limited than that what fossil fuels can do. It is very, very hard to create as much pollution and environmental devastation with a wind farm or a solar power plant as is the case with a coal mine or oil drilling. You don't want to have wind turbines, for example, too close to population areas, they do make low frequency noises, and cast shadows so you want to have them sited carefully. Solar panels can create heat effects. But it's very hard to imagine how even the worst decision with a solar panel could have the same effect as a coal mine. Maybe some day there will be a monopoly provider of solar panels I don't know, but again even in a business context its difficult to imagine how those consequences could be nearly as bad as the world oil industry. For one thing, it's something you can do almost anywhere unlike oil you either have oil or you don't, it is where it is. So that means we're stuck with Saudi Arabia, Russia, etc. And renewable energy is not like that, it's much more widely distributed and will involve a much larger work force. I tend to think as an industry it will have a much less dangerous, negative footprint on the world.

What do you think it will take to wean ourselves off of oil and gas eventually?

I think it will be pure economics. I think there is no question that in 10 to 15 years from now fossil fuel energy will no longer by economically competitive. It is already not competitive in some places, and 20 years from now there will be very few places where it will make economic sense to use fossil fuel energy. So I think that we're moving in the right direction for many different reasons. People who live in China don't like the pollution either. When I went back to China to make the film and I hadn't been to China in five years and I was totally shocked, the pollution was so bad. People just aren't going to put up with that for much longer.

What was the most unsettling thing you saw while filming?

There were several pretty bad ones. The footage from Nigeria, I talked to the cinematographers when they got back, and these were people who had been in war zones, they had never seen anything like it. And in Indonesia I'd never seen anything like that I've been all over the world and a lot of very difficult, very poor places. And what you saw in the film is a very small fraction of what we saw, we were in the plane for over four hours. And when you're flying over that for hours on end, it really makes an impression on you. In fact, I think Indonesia left me with the most pessimism, if we don't do something, that country is going to be gone in 10 years.

"Time to Choose" is playing in select theaters now.