Performance Artist Charlene On Drag, Gender, and the Invisibility of Trans Women in Gay Spaces

A trans performance artist talks about the discrimination towards trans women from the queer male community.


The world is at a moment of "trans mania," according to Brooklyn performance artist Charlene -- but it's not coming from the world's ostensibly forward-thinking gays, she says. Instead, it's centered in the minds of straight people. "Gay people are pretty much ignoring trans women on the same level they always have," Charlene says. "Because they don't want to fuck them."

Charlene, who these days is billed as a "trans showgirl," can be found in bars, clubs, and warehouse spaces all over the city, but primarily in Brooklyn at her bimonthly "drag therapy" show Body Ache, Horrorchata's monthly mixed dance party Be Cute, and The Culture Whore's queer art raves. She's made a name for herself on the queer underground not only as a trans woman who performs among drag queens, but also as one of the last true punks. Some of her recent performances have seen the artist chasing testosterone blockers with tequila and cutting up her old passport as a powerful statement of her identity. While she no longer considers herself a drag queen, working primarily in a drag context has given Charlene a unique insight into the complicated relationship between gay men and trans women.

While Charlene has built enough of a rapport with those inside her community to the point where they know her story and have context for her art, it's still a conflicting experience. Unlike the drag queens she still feels an immense sisterhood with, Charlene is not performing as a character, but rather as her most actualized self. She says there's still the idea that "you can be really raunchy and nasty with drag queens because the assumption is that it's this character that's nasty and raunchy and tells jokes about being a whore." She adds, "I get touched by a lot of people, and a lot of people speak to you as though you're going to wash it all off and become someone else. People ask you what your boy name is, people ask to see photos of you out of drag. And cis straight girls are just the fucking worst, because they really are interacting with someone who is of the same polar identity as them, and they treat you completely different, grabbing your tits, spanking you, that kind of thing, and that's when it feels complicated for me, when the outside infiltrates where I'm supposed to perform, which is supposedly my space." 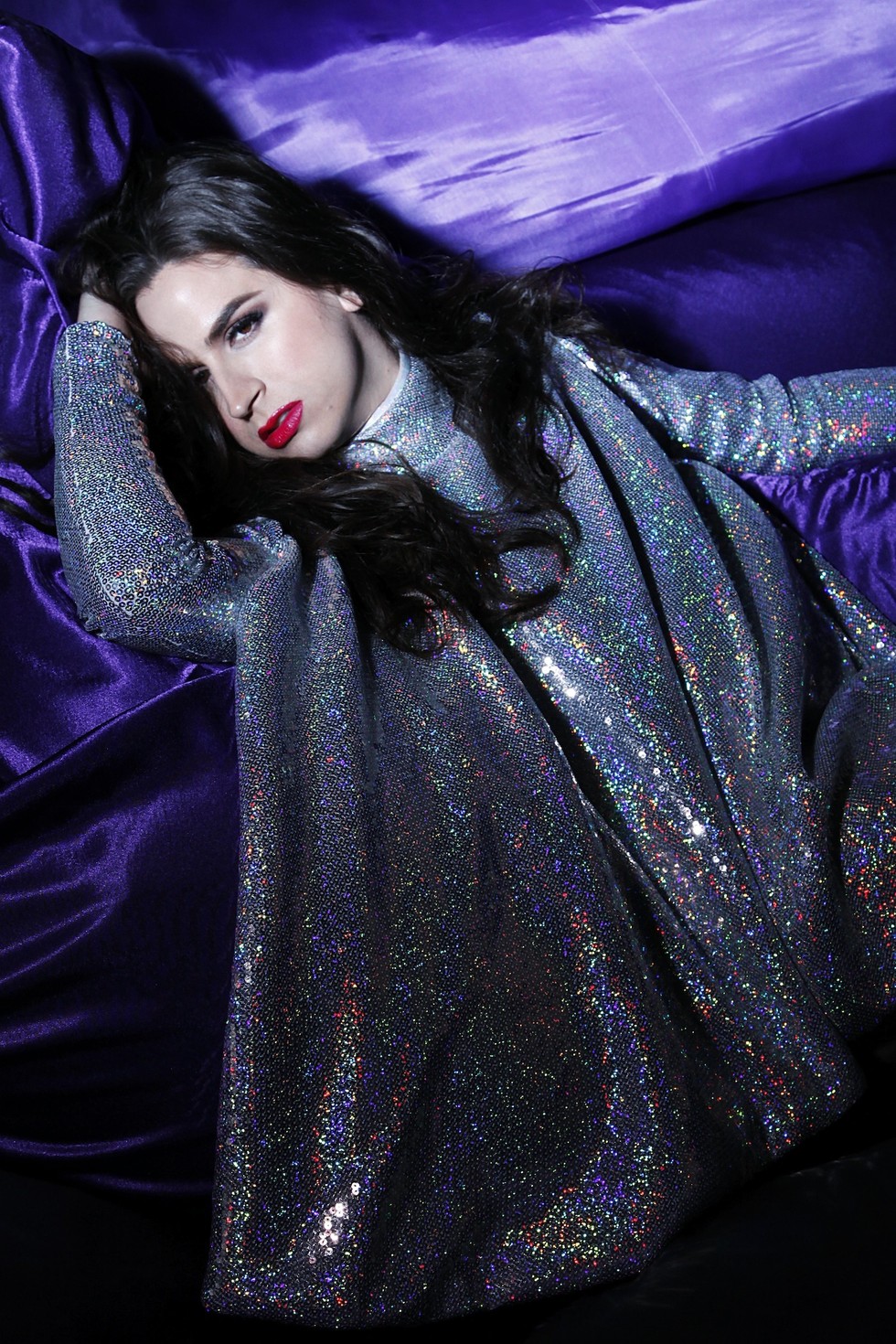 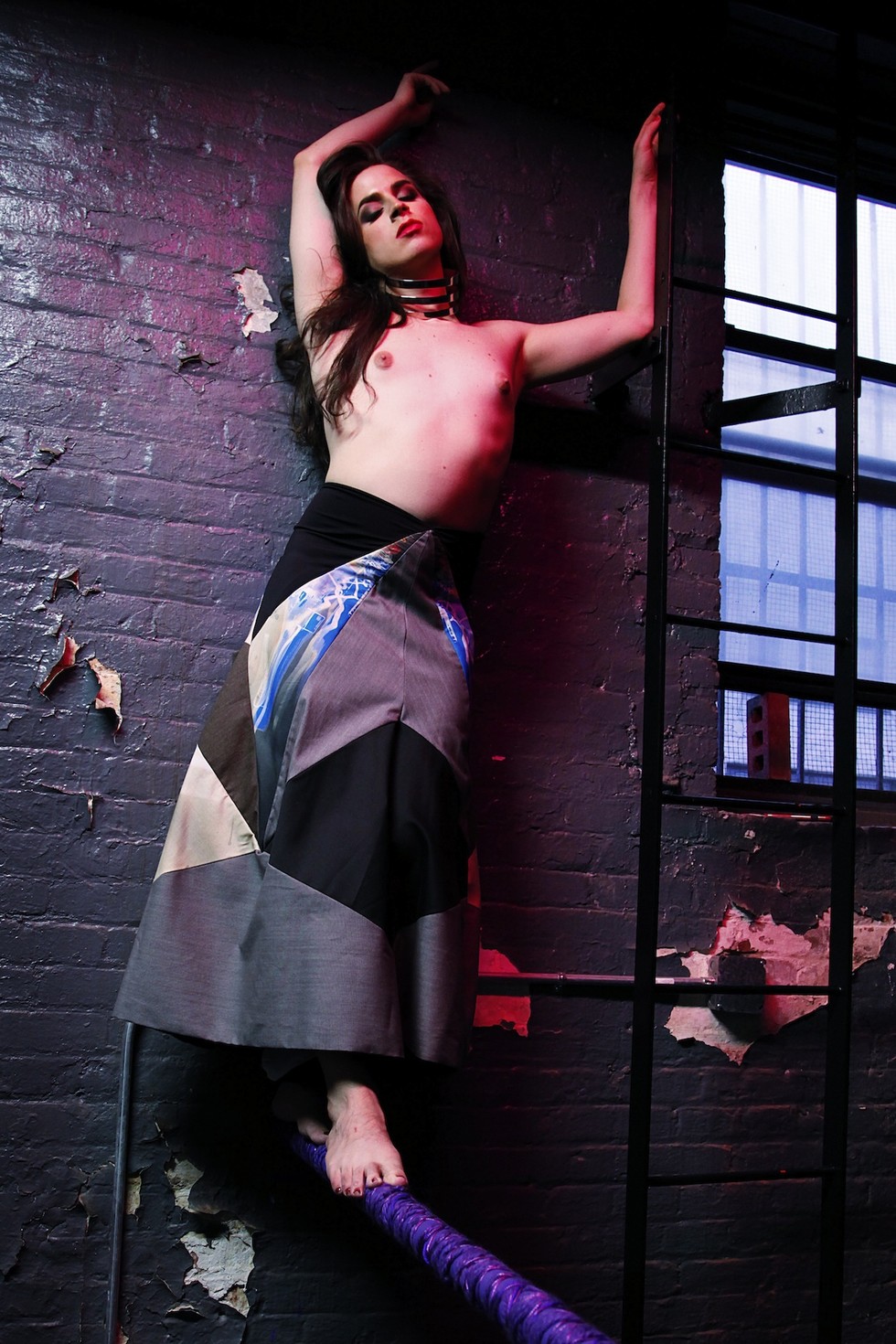 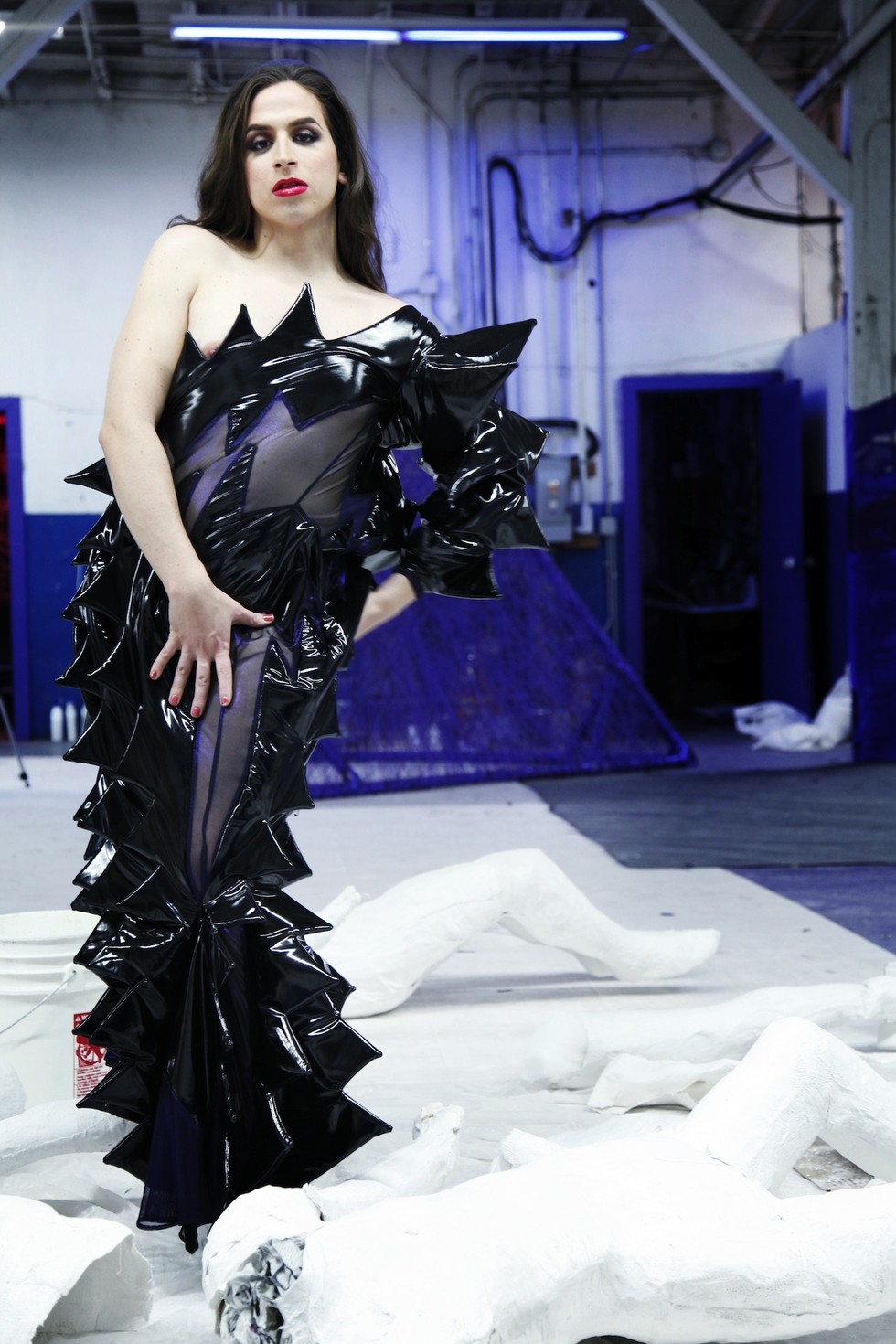 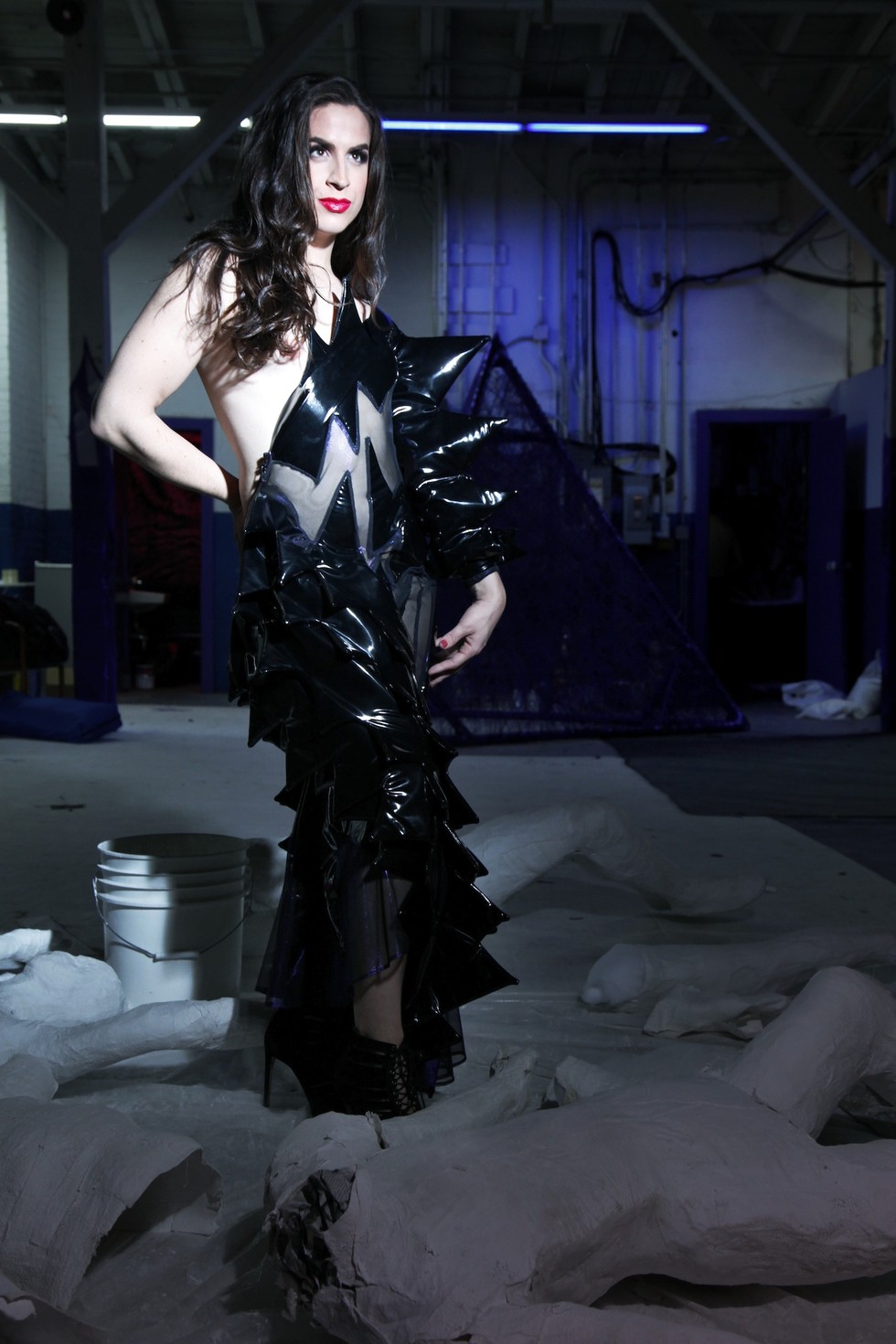 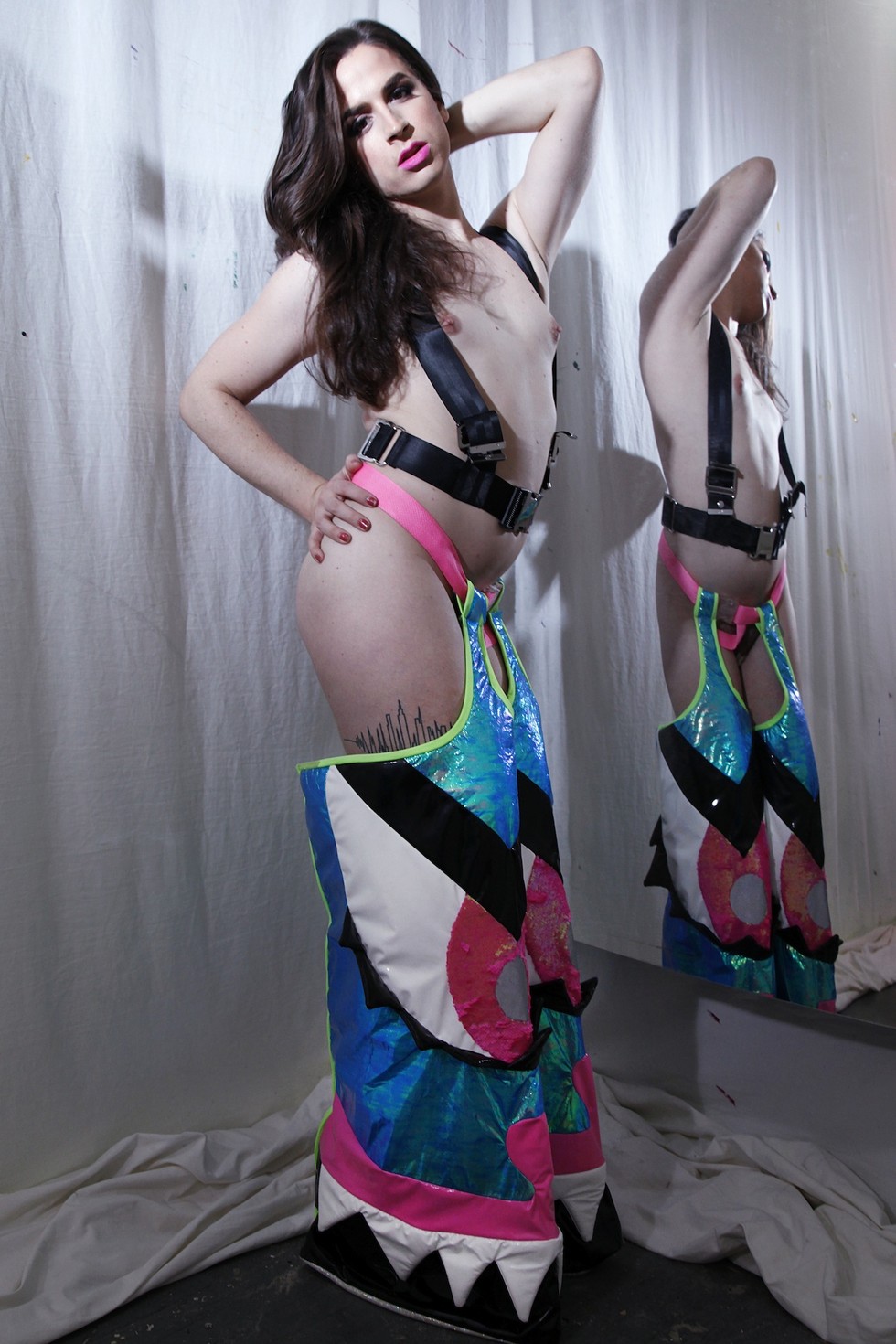 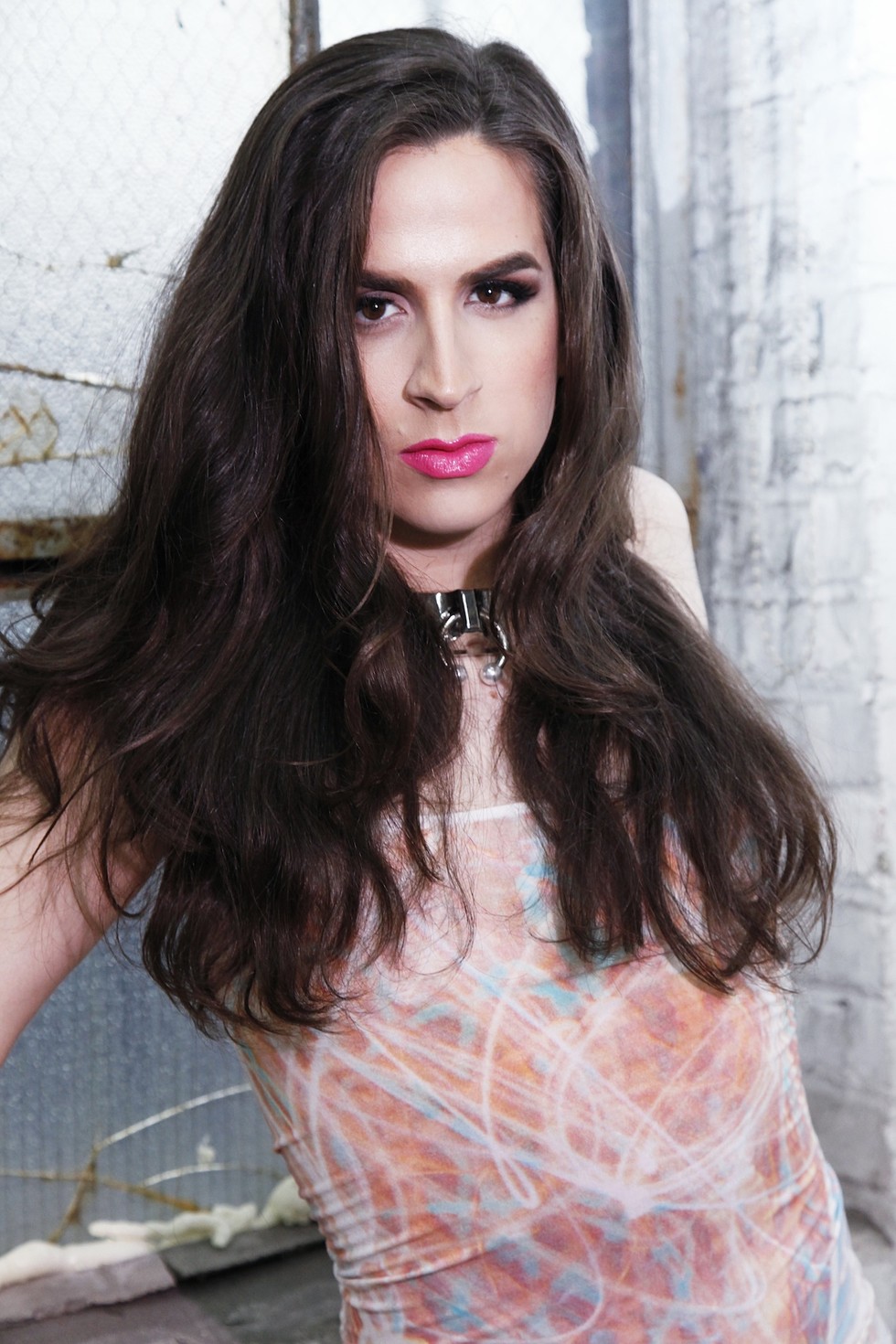 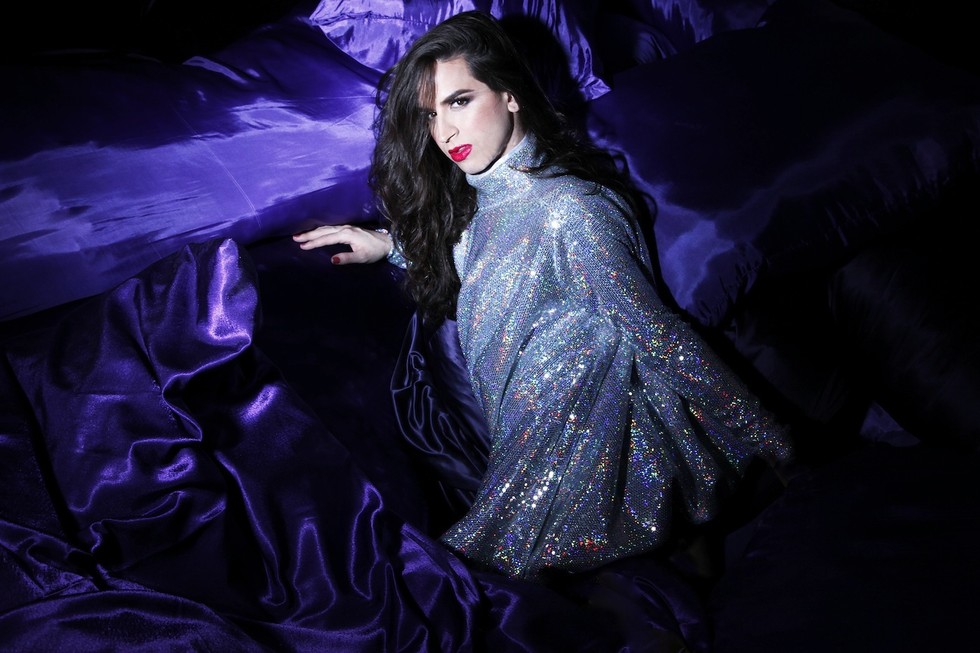 Even the queer art community -- which is still largely dominated by white cis gay men -- can be challenging for a trans woman, because trans femininity commits "the biggest crime you can commit on earth," Charlene says. "It's feminizing the masculine and rejecting the very gift of maleness that was given to you by your cock. That's so fucking radical." And when it comes to the world outside of the queer art scene, Charlene says notions of blending in and the idea of "passing" are completely unimportant to her. "That has the same echo as the heteronormative gay men who do the marriage and children and homemaking thing. How could you go through something like coming out of the closet [as trans] and realizing your place and then try so hard for the rest of your life to fit inside the structure that oppressed you? I don't really want to fit into that structure. I want to look 'cunt,' and that's informed by the structure, but I don't have any desire to ever become involved with someone and have them "not know." I don't want to meld into cis womanhood, and perhaps that's part of the drag thing that came before." She adds, "It's why I don't understand the Caitlyns of the world" in reference Caitlyn Jenner, who recently said that the hardest part about being a woman is "figuring out what to wear," hammering home the criticisms that her entire transition has been focused on access, image, and fitting into the heteronormative binary. Jenner has also been widely criticized for a perceived obliviousness to the lived experiences of less-privileged trans women.

But for a lot of trans women, the question of their relationship towards, and acceptance from, gay men still poses a conundrum since for so long, the only welcoming spaces for trans individuals have been queer spaces. "Being a trans woman in a gay man's world is an incredibly alienating thing," Charlene says. "The reason the bars are packed is because people are trying to fuck each other, the reason people are alcoholics is because they've been in bars drinking and trying to get laid for eternity." When a culture, no matter how radical or artistically inclined, is based around trying to get laid, it can make even Charlene, who agrees to being a woman "with the soul of a faggot," feel out of place. "The fact of the matter is that there's people I love in that space...[but] it's such an invalidating feeling, supposedly being around family and being invisible."

And it's not hard to see why trans women would be made to feel invisible, with the ugly misogyny that seeps into so many aspects of gay male culture. Now that she is living as a woman and no longer as a drag queen, working in sexually-charged, male-centric spaces, Charlene is experiencing that misogyny firsthand.

But isn't this feeling different in the world's most irreverent, spiritual, transcendent party spaces? What about the country's faerie sanctuary spaces, or arty queer parties deep in Brooklyn's underground, where the line between performance and ritual blurs? According to Charlene, not so. "Even when there's a full moon and there's a full ritual/spiritual moment happening, there's always two dudes fucking. You take the lay of the land and you realize that all this public sex is happening between white, thin, hairy dudes who all kind of have the same look. It's kind of like Industry on a Friday night except they're in flimsy dresses and they haven't washed their hair."

"Gay men are our family, so when that's who you're around and who you're interacting with and that's where you're most welcome, it's really fucked up to feel so unworthy."

And yet, Charlene keeps coming back to the queer community, flawed as it is. This summer at a warehouse party during Pride, the performer injected herself with her first shot of hormones as a public statement of identity, beginning her transition in the most vulnerable way possible. Leaping into the crowd, hundreds of hands reached up to carry her through the audience, a living testament to the power of community -- or to the power of individuals to not wait to be seen, but to demand it.