Channeling the '60s with Tennessee Thomas 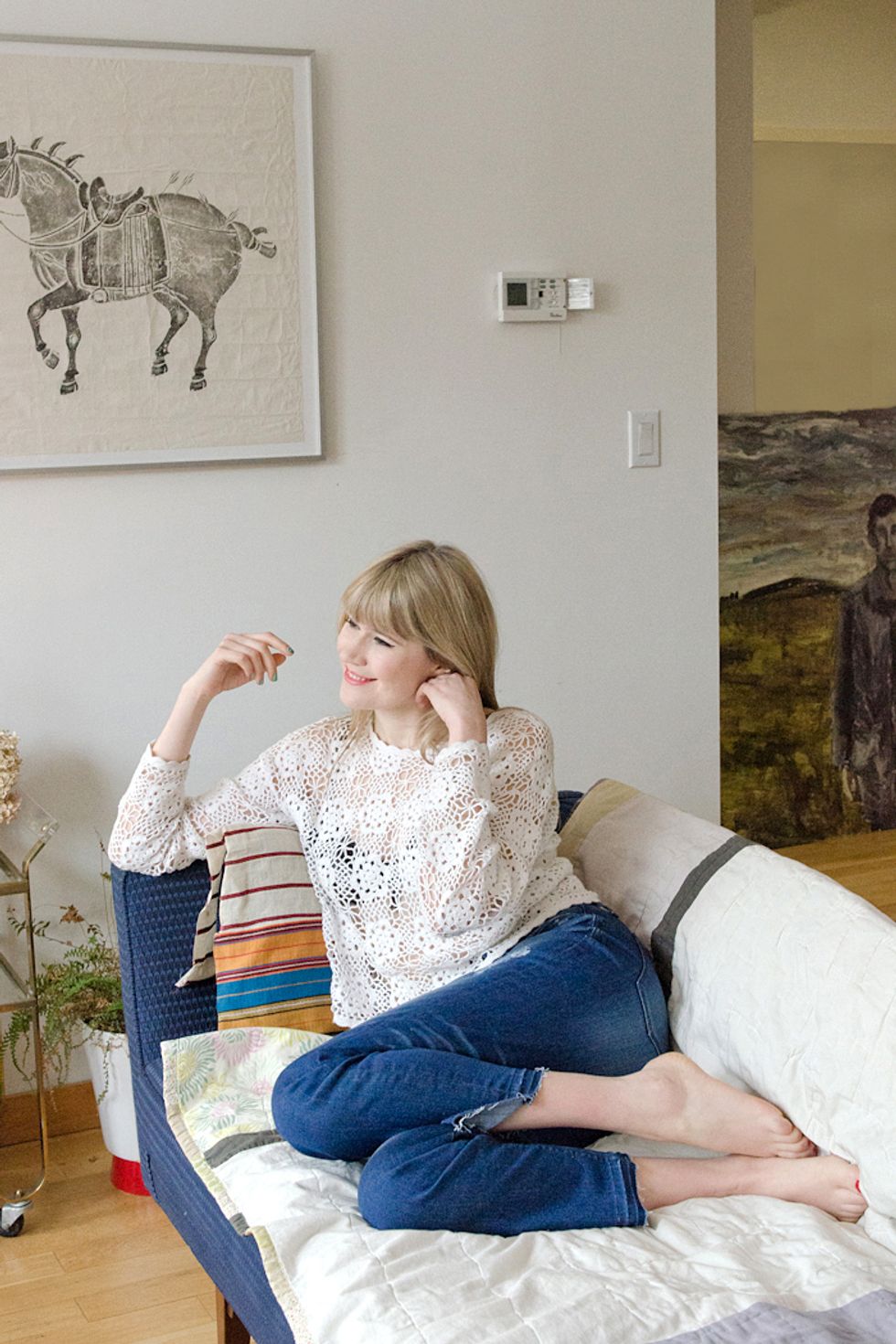 "This is kind of a Jane Birkin-inspired look," says musician and actress Tennessee Thomas, who, for Gap's Styld.by campaign, channeled the iconic '60s French actress and singer by pairing the Gap 1969 Destructed Denim Straight Skimmer jeans with a cropped vintage crocheted top. (See all of her looks here.) 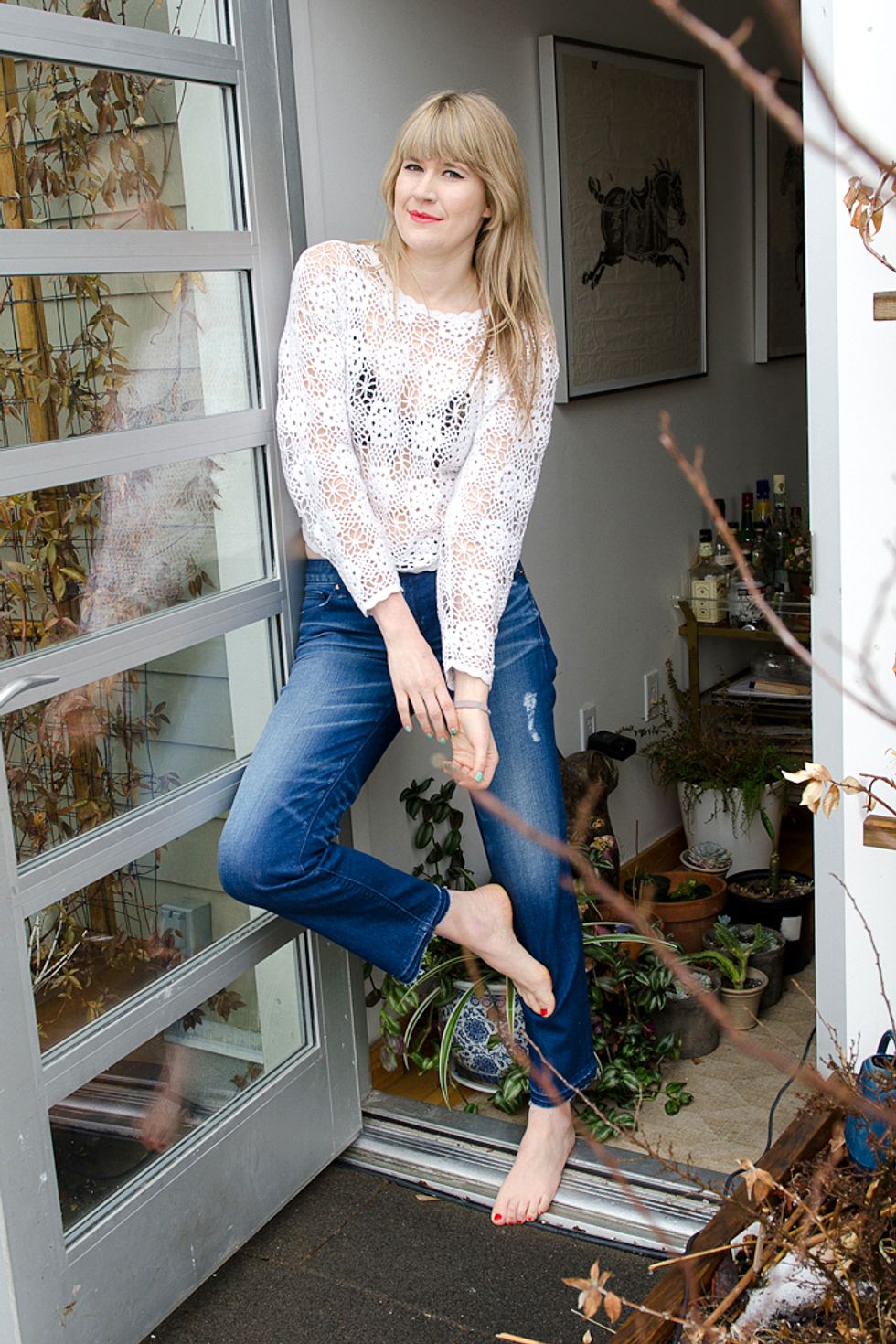 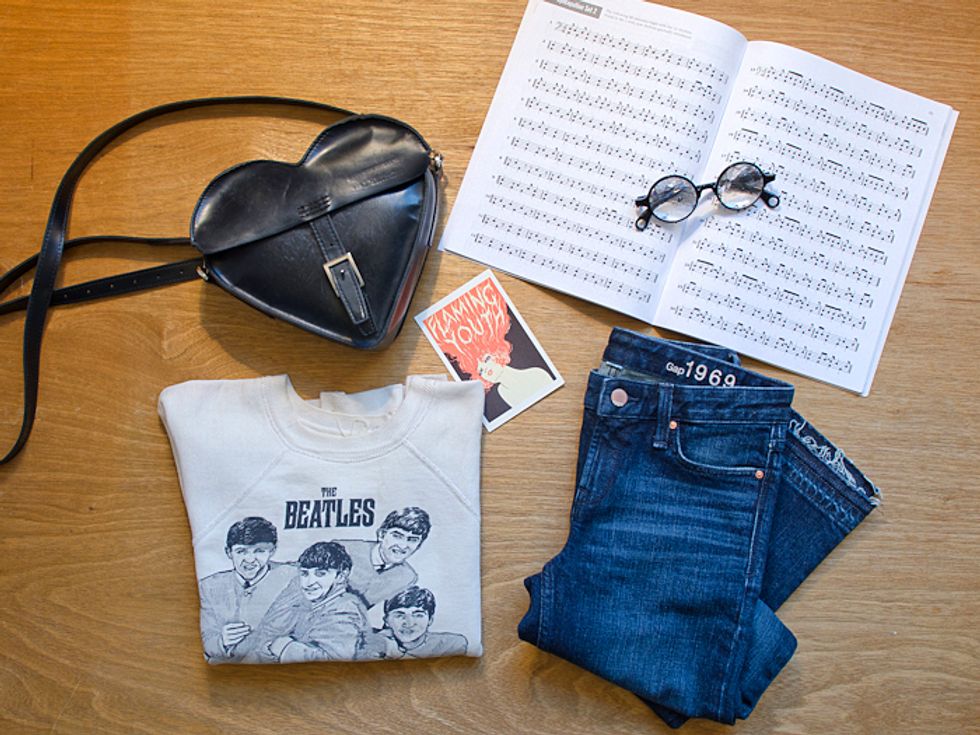 And Thomas certainly knows her stuff when it comes to '60s pop culture references. With a nearly encyclopedic knowledge of the era's fashion and music - she knows most of the Beatles' absurdist tour movie A Hard Days Night by heart - her apartment is decorated with vintage '60s posters, FranÃ§ois Hardy album covers and peace signs. "That was the era when bands were getting political and weren't afraid to speak out about what was going on," says Thomas. "It was such an interesting time, with the environmental movement, the protest movement and the youth movement overlapping."

When she's not DJing the Ronnettes and the Shangri-Las at parties around the city, Thomas is at her East Village shop The Deep End Club, where she sells clothes by local designers, as well as vintage clothing and knickknacks from, you guessed it, the '60s.

Though Thomas seems like a shoo-in to be Mad Men's biggest fan, she's never seen the show.  "I don't have a television, says Thomas. "But I used to be in a band called the Like and Jon Hamm would come to all of our shows." All my friends would be like 'Oh my god, I can't believe he's here," laughs Thomas, "and I just never really knew what they were talking about."

May we all be as cool as this woman some day.

To see more of Tennessee's Gap looks and how she gives them a vintage spin, visit Styld.by.
Hair and makeup by Anneliese Tiecke.