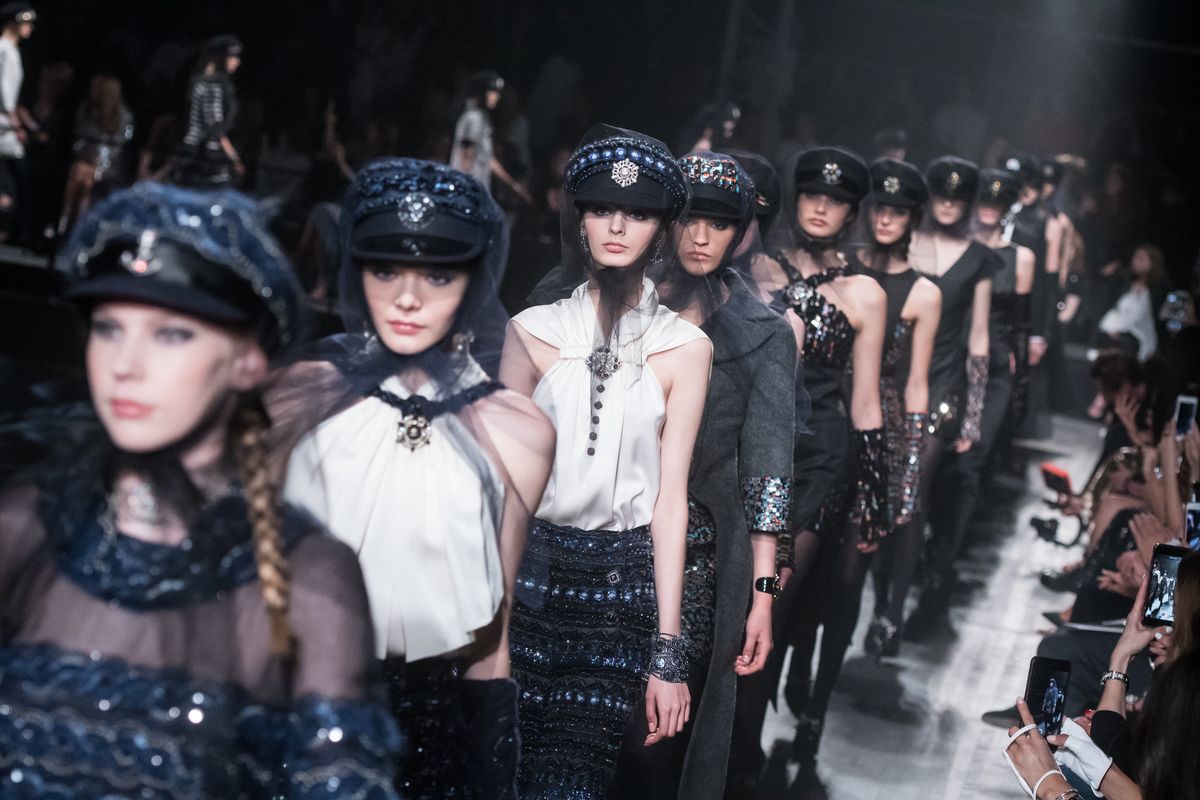 Each December, Karl Lagerfeld dedicates Chanel's pre-fall collection to displaying the capabilities of Paris' storied couture workshops. Handwork by skilled craftspeople in ateliers (many of which have been brought under the Chanel umbrella since 1985) including embroidery by Maison Montex, shoes by Massaro, pleating by Maison Lagnon, are front and center at the destination runway show.

Last season, Lagerfeld returned to his hometown with a show in Hamburg, Germany's imposing Elbphilharmonie concert hall. This December, the show will come stateside, paying homage to Gabrielle Chanel's first visit to New York in 1931. Chanel shares a special bond with New York City as its retailers were the first to carry Gabrielle Chanel's hats starting in 1912 when she began working as a milliner.

While the location is still under wraps, Chanel's Pre-Fall 2006 Métiers d'art collection staged in the brand's 57th street boutique and its 2006 Cruise collection presented in Manhattan's Grand Central Station are reminders of the 109-year-old label's grand runway statements in the city. We anticipate that this December will be no different.