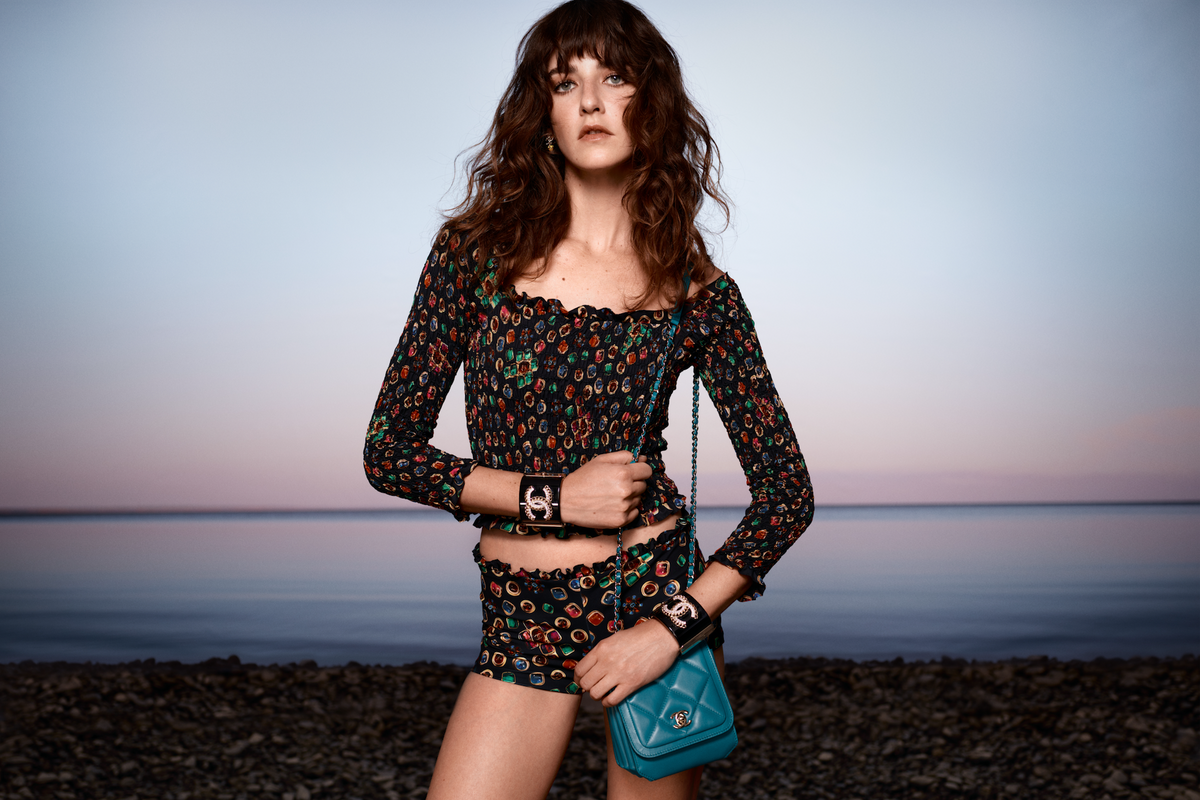 The Internet Has Some Strong Opinions on Chanel's Cruise Collection

This morning, luxury giant Chanel did something it's never done before in the brand's history: present a new collection without staging a fashion show. No rocket ships, no massive supermarkets, no re-created airports — just a couple of lookbook images and some pictures of Mediterranean landscapes released on Instagram.

Related | Ladies Who Brunch at Chanel

For once, this meant that the spotlight was now on the clothes, rather than on the huge spectacles and backdrops from past big-budget productions. The Cruise 2021 collection, which was supposed to show last month in the island of Capri, immediately drew some strong opinions and reactions from users.

"Without the fanfare of a big runway show, one wonders: Is the Chanel Resort collection all that special?" writer Alexandra Mondalek posted on Twitter, sparking a debate (mostly one-sided) about the clothes designed by Virginie Viard, Chanel's artistic director.

Among the big offenders were the denim capris and cropped cardigan from Look 29 and the high-waisted denim with tweed patchwork from Look 9. The overall mood was fairly casual and in many users' minds, conjured a very specific era of early 2000s most people would like to forget.

Comparisons to pieces from ASOS and Topshop were a recurring point brought up, but many also noted how Viard's aesthetic is starting to depart even further from the creative template Karl Lagerfeld set when he was at the helm.

Some even wondered who the target audience is after seeing how the collection differed from some of Karl's creations. "People who have too much money and not enough taste," editorial strategist and former BOF writer Sarah Schijen said. "Which is why it will still sell. Chanel isn't here for the masses, nor even the fashionable select committee. It knows its buyer and caters for them, you only have to look at the show attendees to see that."

The brand also made headlines today for doubling down on its format of showing multiple times a year at a time when independent designers are calling for the industry to reduce its collection output to just twice a year. "No one needs to see this 6x a year," editor and influencer Chrissy Rutherford tweeted of the collection.

Vanessa Friedman, the fashion critic of the New York Times, even went as far as to call it a "disappointment on many levels" particularly as it seemed to ignore the contexts of the world today. "It was more like a return to some of high fashion's escapist failings of the past rather than a meaningful step toward the future," she wrote.

See more reactions from people about Chanel's Cruise 2021 show below.

I really don’t understand for real what the hell is going on whether it’s her or the taste level of the people surr… https://t.co/NZZuxUoQLF
— bryanboy (@bryanboy)1591635880.0

chanel resort was not only a bland collection, a replica of ehat we have seen but the posing in some pictures is so… https://t.co/XMyUhz230G
— alejandra (@alejandra)1591627131.0