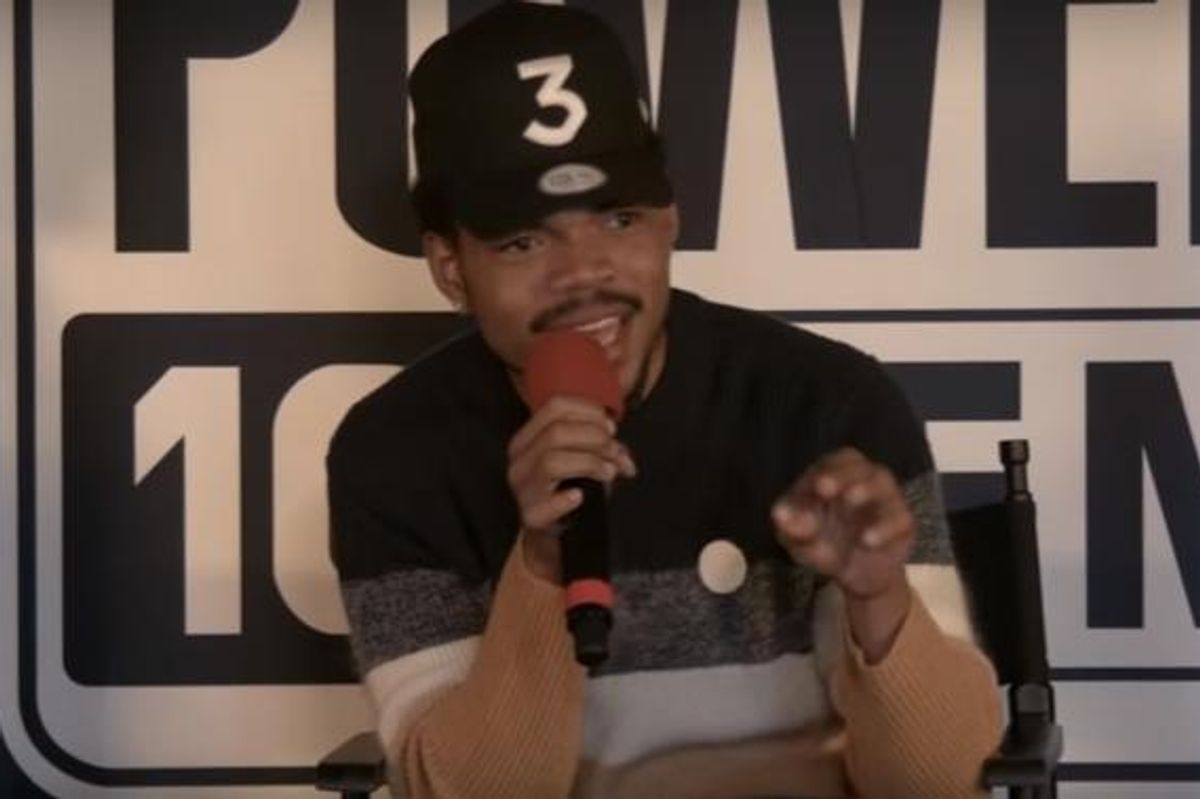 Chance The Rapper Talks About His Upcoming Project With Kanye West

Chance the Rapper and Kanye West have spent the last year collaborating and very publicly being obsessed with each other. Chance rapped, "I met Kanye West, I'm never going to fail." on Ultralight Beam off Kanye's The Life of Pablo. After Chance dropped his own album, the enthralling, layered Coloring Book, Kanye tweeted:

My brother Chance!!! Thank you for letting me work on this masterpiece. One of my favorite people. https://t.co/V0ja6oDDoF
— KANYE WEST (@kanyewest) May 16, 2016

And also this gem:

In May, in an interview with Zane Lowe, Chance said that he wanted to work with Kanye on a project called Good Ass Job.

He recently addressed the project in another interview, with Los Angeles' "The Cruz Show," on Power 106 FM, saying that even though there are already two songs he knows he wants on the album, "It's definitely far from done. It's something that gets brought up in conversation every once in a while."

The title for the project has been around for a while, and Chance also stated:

I'm a Chicago kid, so I'm a super 'Ye fan, and I used to watch all the, you know, YouTube videos and him speaking. And I remember just watching a video a long time ago where he would go on, he was explaining, you know, how you have your College Dropout, and then you go back you have your Late Registration, and then you finally get your Graduation. And after you graduate, you gotta go get a Good Ass Job.

Chance also talked about the support his dad gave him when he was starting out as an artist, if his daughter, Kinsely, enjoys his music, and how he still genuinely freaks out whenever he's around Beyoncé, as one does.