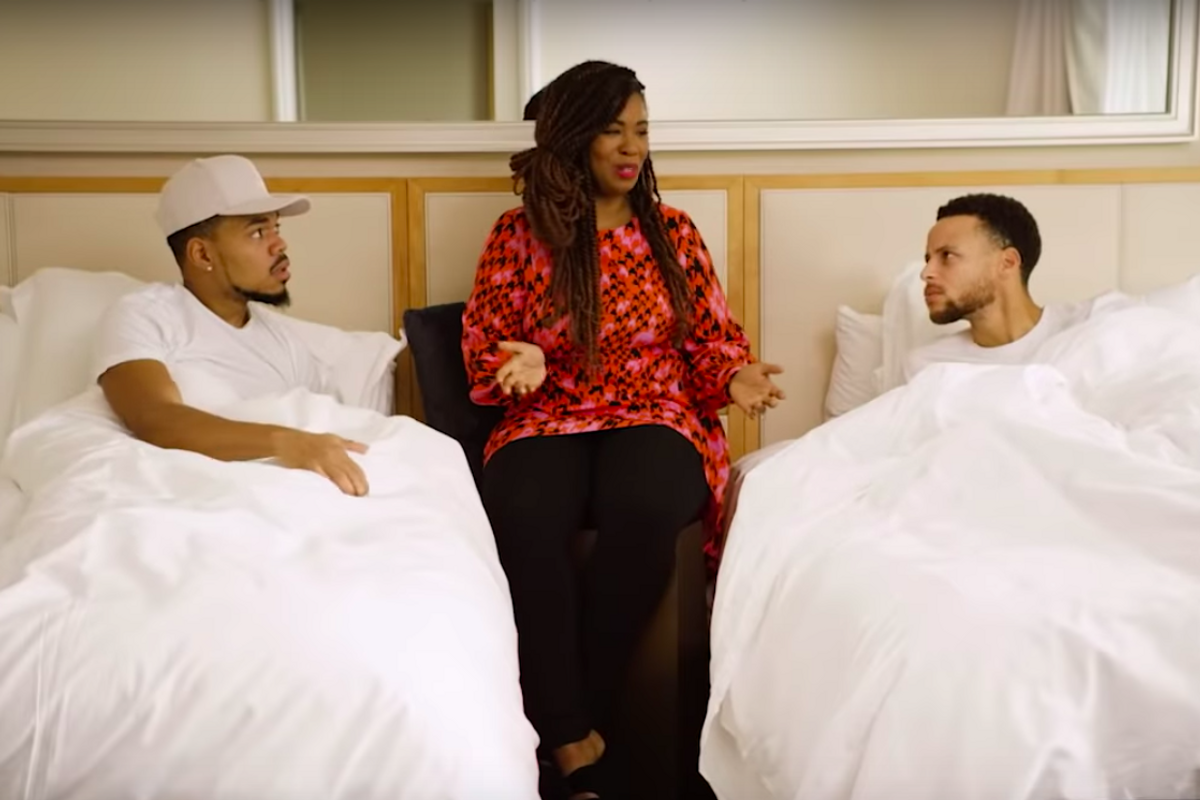 The mid-term elections are coming up this Tuesday, November 6. And here to help educate the public on how exactly to vote are independent artist Chance the Rapper and the Golden State Warriors' Stephen Curry. The two made a cameo in last night's episode of "Pod Save America" on HBO.

In comedian and blogger Akilah Hughes's "Democracy or Else" segment, in a bit called "Vote Save America." The whole skit is a simple explainer and tutorial that teaches the audience how easy it is to vote, with the help of Crooked Media's online tool VoteSaveAmerica.com. And while both Chance and Curry have registered to vote by mail, they admit that they have yet to mail their absentee ballots back.

Hughes then gives them a lecture, saying, "Do you know how many people forget to mail their ballots back? A lot, Chance the Rapper. A lot, Steph the basketball guy... who I'm very happy switched from a goatee to a beard." She then jokingly threatens to follow the two around wherever they go until they sent their ballots. Watch the whole video below.

Chance has recently announced that he's endorsing Amara Enyia for Mayor of Chicago. And last week, the rapper also rallied with the mayoral candidate in his hometown.