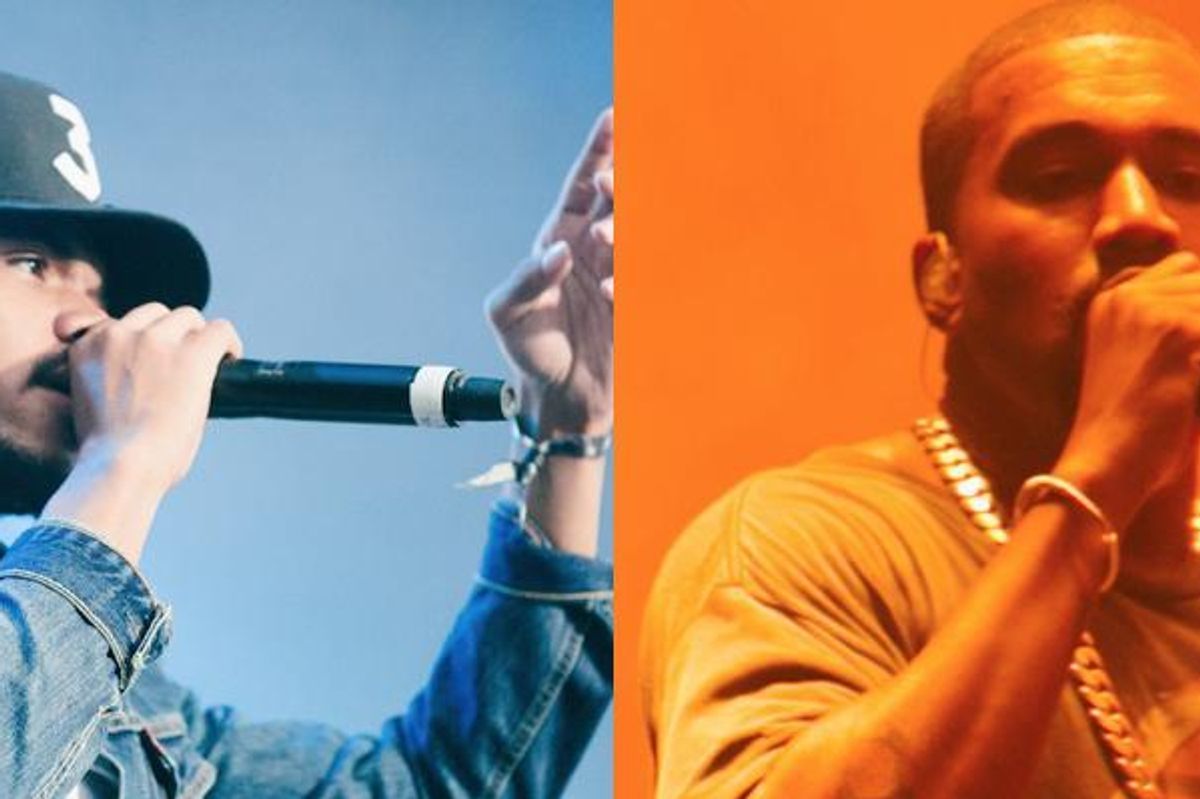 Chance the Rapper, currently in the UK, stopped by BBC Radio 1Xtra earlier, and performed for host Trevor Nelson in the 1Xtra Lounge. Chance performed a cover of Drake's "Feel No Ways" from VIEWS, as well as perform his Coloring Book track "All We Got;" during the latter, the Chicago rapper stopped to touch on recent news of his friend/mentor Kanye West's hospitalization in Los Angeles.

In a heartfelt message, Chance offered up love for fellow Chicagoan, alluding that his Euro trip may be cut early to go visit with him:

I want to extend a very special prayer to my big brother, Kanye West. I know there's a lot of weird folks out there but you already know that I'm a hundred grand. I want to just extend this prayer and this love from all the way in Britain. We might come home early to see this man. Happy Thanksgiving.

After Nelson asked Chance what he believed Kanye is currently struggling with, he simply said, "I think everybody goes through it. And I think right now, probably what he needs more than anything is his real, close friends and family around."

Listen to Chance's portion of the segment over at BBC, starting at 2:16:00.