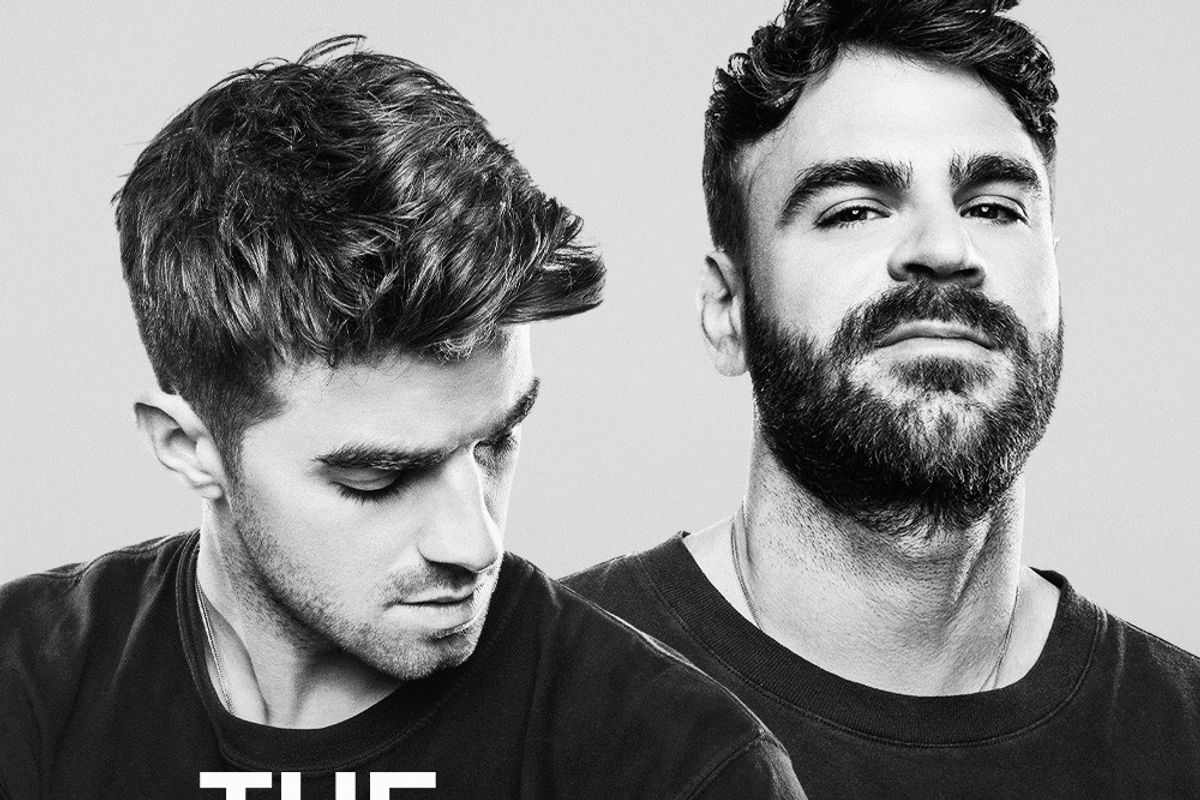 The Chainsmokers Talk Vegas and Extending Their XS Nightclub Residency

The Chainsmokers were born for Vegas and they know it. For over two and a half years now, if you've wanted to see the fratty good-time hitmakers turn up in the club, you've had to go to Sin City, where Alex Pall and Drew Taggart have been performing their exclusive three year residency at the strip's XS Nightclub and Encore Beach Club at the Wynn Las Vegas, since 2017. As part of the residency, the pair has agreed not to play any other day or nightclub in America, although they can play festivals and venues outside of the US.

Their run of shows was set to conclude in 2019. However, the residency has been such a smash, that the duo has announced that they'll extend their residency for another two years.

Now, till the end of 2021, the XS will remain The Chainsmokers' exclusive nightclub home. Aside from frequently being ranked the top nightclub in the city, the notoriously decadent XS become the capitol of Vegas EDM, frequently playing host to the likes of Diplo, Skrillex and Major Lazer. It's the perfect place for Taggart and Pall to keep fist-pumping the crowd into frenzy with hits like "Closer," 'Roses" and "Don't Let Me Down."

The Las Vegas residency used to be a late-career move of legends like Cher, Celine Dion, Rod Stewart, James Taylor, ZZ Top, Billy Idol, Van Morrison and Aerosmith (with all due respect — love 'em). The early-career residencies of The Chainsmokers and other big chart-toppers, like Lady Gaga, Cardi B and Drake (who began a run at the XS in May) are symbol of how Vegas' star is rising among millennials. In short, Vegas is cool now and The Chainsmokers are a part of that.

On top of the residency, The Chainsmokers have stayed busy, dropping a steady stream of bops leading up to their third album World War Joy. Already in 2019, they've shared "Killing You Slowly," "Who Do You Love" feat. 5 Second of Summer, "Call You Mine" feat. Bebe Rexa, "Do You Mean" feat. Ty Dolla $ign and Büloy, and "Takeaway" feat. Lennon Stella.

PAPER chatted with Alex and Drew about extending their residency, and watching Vegas transform in plain sight.

Why did you guys decide to extend your Vegas residency?

For many reasons, the one that probably played the biggest role is that we truly love this opportunity. We get to play weekly at the best club and casino in Las Vegas for new people from all over the world. It really doesn't get better than that and they take such good care of us.

Describe the experience you've created at your residency.

We like to think our show is unlike any other club show you will see. XS has worked with us to create a stage and vibe that allows us to really interact with the crowd, which is how we give our best show. We want everyone to feel like they are family, and that you're right in the action. We know anyone coming is coming to let loose, so for us it's about making sure our energy and show translates to everyone in the club.

What is it like to perform at the same club? How do you keep each time exciting?

Honestly, we asked ourselves that before signing the deal. It was nerve wracking because we thought, "What if it got boring or even harder..." Well, 110 shows later (probably more) and it's only getting better. Vegas is a place where new people visit everyday which means new energy and, on top of that, XS constantly pushes the boundaries of what a show can be which always keeps it interesting! One night it's JLo getting up to sing, the next night it's Drake celebrating with the Raptors.

Vegas' profile has grown dramatically over the last few years, especially among younger people. Do you feel like you've seen the city grow or change during your time there?

Absolutely. Granted we are still very new to the city, even after five years, but it's growing so fast between the hockey team, and now the Raiders coming... it's becoming a real city, not just this magical place we all go to for fun. Business is booming and there are tons of opportunities and it feels great to be right in the middle of it all.