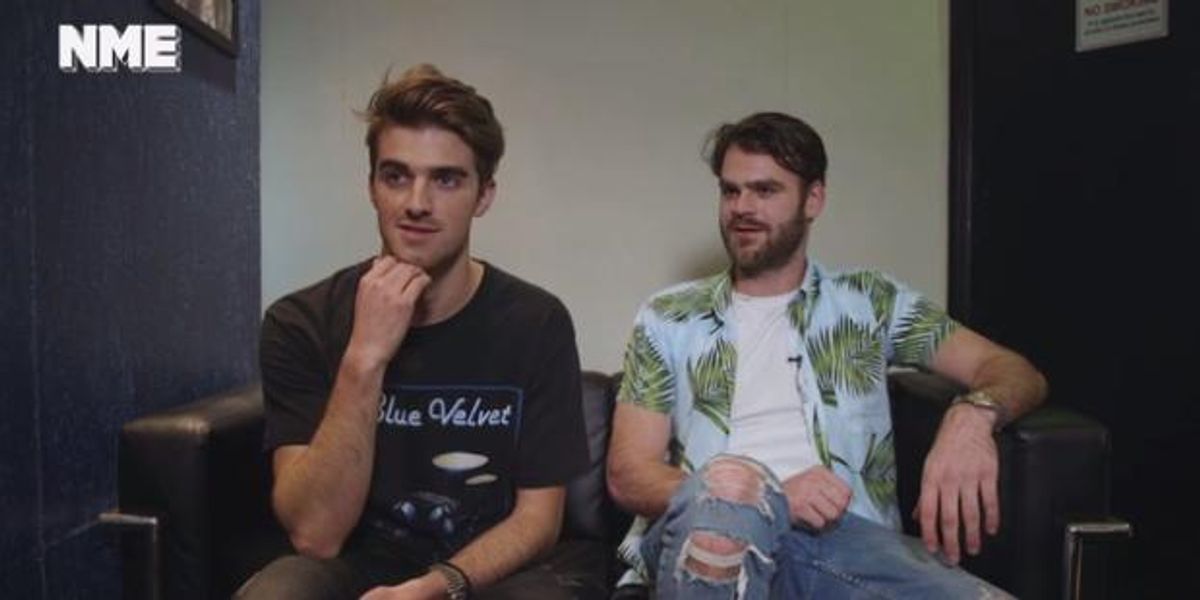 The Chainsmokers Say They Want To Buy Lady Gaga A Drink, Post-Twitter Beef

Sentient frat house basement The Chainsmokers once again commented on Lady Gaga in a new interview with NME.

In case you missed it, The electro-whatever twosome, whose song "Closer" with Halsey has sat in the #1 spot for 35,000 weeks, told Billboard they thought Gaga's polarizing comeback track "Perfect Illusion" "sucked."

This week, when Gagz released her third single "A-Yo," the pop star--who'd kept quiet on the Joanne-scoffing until this week--tweeted this ditty at The Chainsmokers (for some reason):

"A-Yo" features a chorus "We're smokin' em all," so, while she--as an undisputed pop star--probably didn't need to lower herself to clap back at some broseph oppression, she ended up getting to throw some shade and advertise her song. Go Stef.

The Chainsmokers--made up of two human males named Alex Pall and Drew Taggart--have told NME they're totally cool with Gaga (as if we needed to know this), and truly solidified their recovering frat boy status by saying they thought Gaga "killed that response" and that they'd "love to buy Gaga a drink at a music festival."

Pall, who said "Perfect Illusion" was bad, stated: "It was just my opinion, which I thought nobody would give a shit about. She can have that victory, I hope her album does incredibly well."

She can have that victory.

They added that at the end of the day, they are "good dudes," and that they're still getting used to people caring about what they say/think being.

That makes three of us.