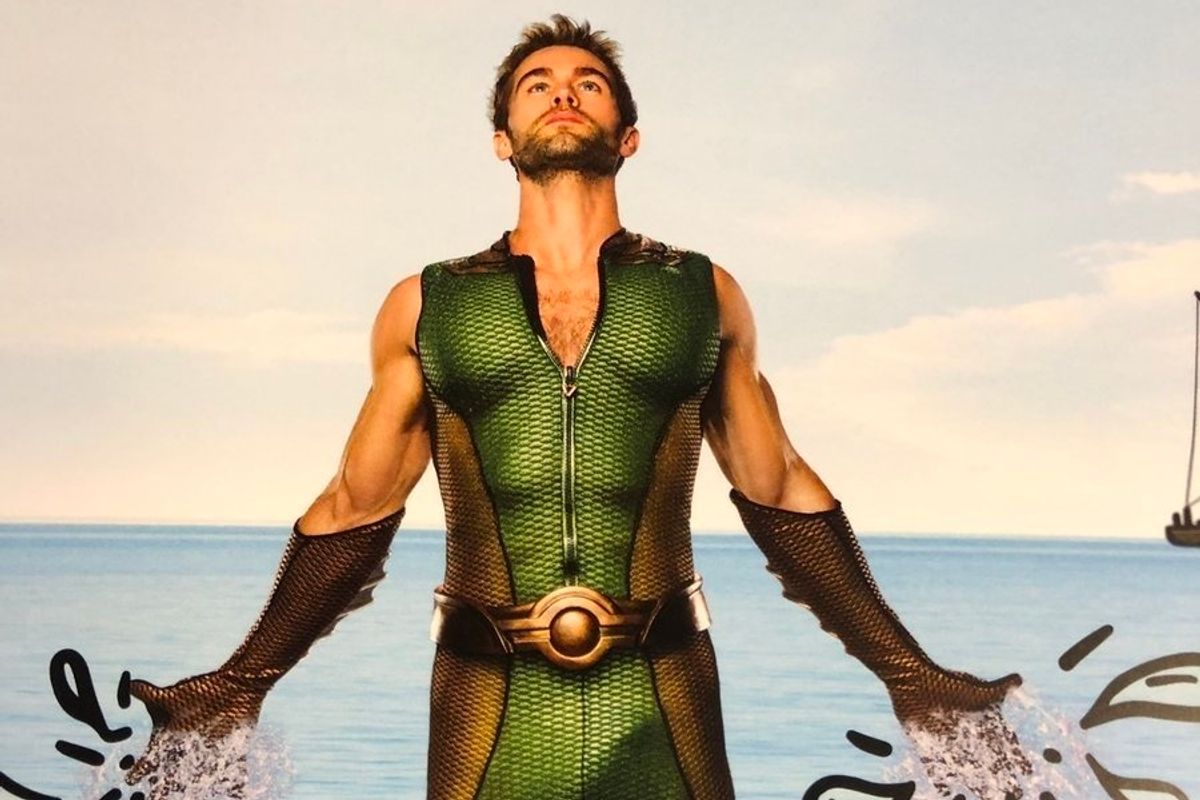 Behold Chace Crawford's Bulge in This 'The Boys' Ad

Chace Crawford stars in Amazon's new anti-superhero movie spoof The Boys, as a dirtbag ripoff of Aquaman named The Deep. He'll, of course, always be Nate Archibald from Gossip Girl to us, but it's making him relevant again, which is fun for everyone.

Related | NARS Wants You to Put a Dick to Your Lips

The Deep, a predatory superhero sell-out who mainly uses his superpowers to coerce women and get commercial modeling gigs, is a sharp pivot from Crawford's days playing the good-hearted, prep-school heartthrob. However, a new promo photo of him gloved in his green and gold spandex is making the world wonder if there's something we missed about Crawford all along. Namely, his enormous dick.

As you give him the up and down, in a new calendar photo, the eyes snag on shadows below his pecs and abs, and then on one around the groin. Unmistakably, the sundial shadow reveals a lengthy erect dickprint against his spandex, indicating 2:00PM.

It's... truly... impressive. Whether the prominence of the actor's bulge intentional (to go along with The Deep's playboy character) or simply unavoidable (you can hear the photog: "uh... should we edit it out?"), the internet is really enjoying themselves. If it wasn't intentional, maybe The Boys team should grab a few pairs of Pornhub's boner-disguising swim trunks for their next shoot.

Upon further inspection of The Boys promo materials, Chace's "meatshadow" — a term I learned today while reading through this Twitter frenzy — sometimes appears. Like here:

And sometimes, the actor's goods appear are more subtly camouflaged.

I, for one, will be heading binging The Boys this weekend, as further research on this matter.