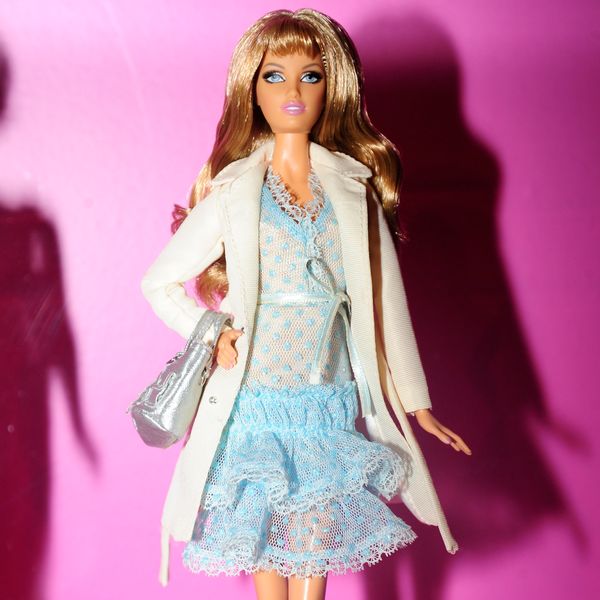 Barbie Will Be Honored at This Year's CFDA Awards

Your favorite unrealistically proportioned child's plaything, who has inspired many a fashion tribute, will get her due this year in the industry. On her 60th birthday (what is her secret!), Barbie will receive the Board of Directors' Tribute award at the 2019 CFDA Fashion Awards. Don't say it, don't say it, don't say it... Life in plastic, it's fantastic!

But it makes sense. Barbie aesthetics have had a huge influence on fashion since her creation in 1959, from tributes by Moschino to Alexander Wang. Fashion icons like Iris Apfel and Adwoa Aboah have also been turned into barbies, and designers like Vera Wang, Diane von Furstenberg, Anna Sui, Zac Posen, Badgley Mischka and Stephen Burrows have all collaborated with Mattel on dolls.

It's also fitting given that 2019 is the year of Camp, and celebrating the artifice and tacky, high-femme aesthetics that Barbie represents. Kacey Musgraves recently paid tribute to Barbz at the "Camp: Notes on Fashion" Met Gala, where she showed up, an Elle Woods vision in Moschino. The Costume Institute also produced 500 limited edition Moschino Barbie dolls (which Musgraves look was based on) for the Met Store's Camp Collection of themed merch.

"Barbie has had such wide influence on American fashion and culture," said Steven Kolb, president and chief executive officer of the CFDA explained. "Her story personally resonates with so many CFDA members that the board of directors decided to honor her with the special tribute."

Barbie will collect her prize at the awards ceremony, which will be hosted on June 3 at the Brooklyn Museum.

@cfda on Instagram: “Breaking News! Barbie is receiving the prestigious Board of Directors’ Tribute at the 2019 #CFDAAwards.”