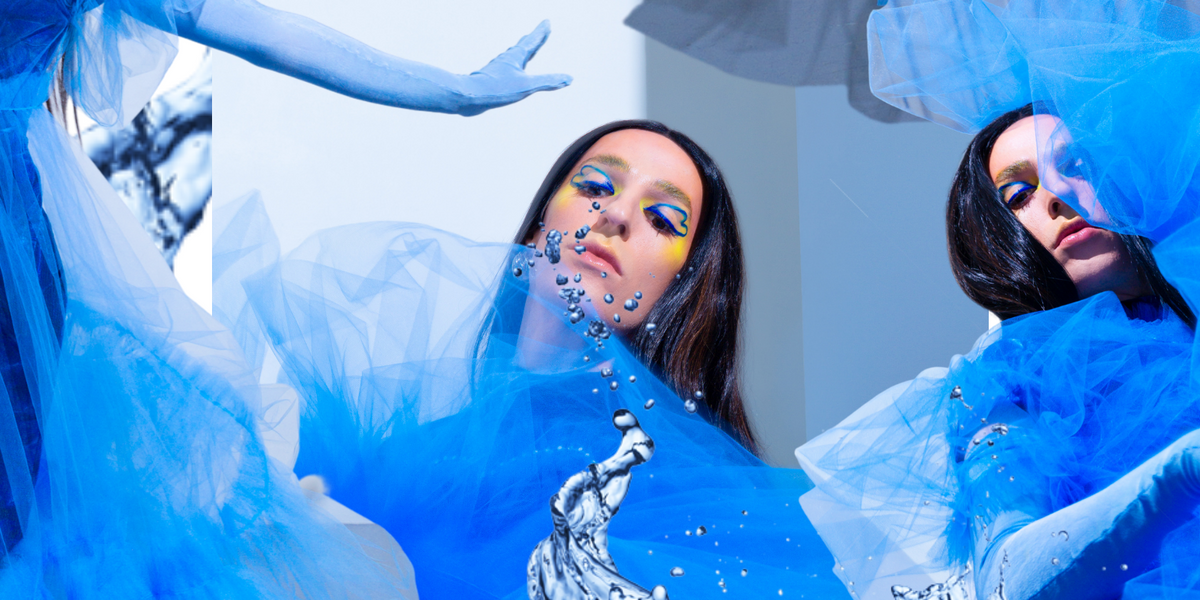 The 'Resurrection' of Ceréna

Club Quarantine Co-Founder Ceréna arrives today with her debut album, resurrection, a 15-track effort that the rising Toronto musician describes as "a look inside my diary." Dropping in time for Pride, specifically as a celebration of queer joy, the breakout project sees Ceréna letting the world in. "I bare my soul in this body of work," she says," and I feel very exposed to be honest. It took a lot of energy to create this and I wanted to give up many times."

She's previously released singles "see" and "priority," both of which established Ceréna's larger-than-life approach to electro-pop with a powerful voice that cuts through all production. The "see" music video notably puts her dance background on full display, featuring Ceréna's extended chosen family, The Kiki House of Siriano, and direction from queer and trans-led production company, The Kitsch Generation.

Now, resurrection highlight "hearts on fire" is getting the visual treatment and premiering on PAPER, below. "I could show you why you need my love," Ceréna sings on the bright, house-pop anthem. "Baby, I'll give you my heart/ What can I do to make you mine." The video is cut as one take and gradually builds into the ultimate dance finale, with explosive group choreography set against the night sky.

Ahead of Ceréna's live performance this Saturday, June 16 at Lady Gaga's 10-year anniversary party for Born This Way with PAPER and Club Quarantine (more info, here), we caught up with the multi-discplinary artist to learn more about resurrection.

How has your work with Club Quarantine influenced the way you approach music and performance?

What hasn't it influenced? [Laughs]. I'm truly forever changed because of Club Q. To be exposed to such incredible queer talent from all over the world, especially my trans siblings that would come through and tear it up... it was just so inspiring. I'm gayer because of Club Q and I'm not afraid to experiment. Club Q showed me the power of community.

What did you learn about yourself through the creation of resurrection?

That I'm resilient and a boss ass bitch. I know wtf I'm doing; I know what I like and what I don't like, and my instinct always knows. I am a professional and my creativity is limitless.

For you, what's the significance of the album title?

I came up with the name before I began the process of actually creating it. At the time I hadn't yet realized I was trans, but I knew that I was in the midst of a rebirth, a transformation, a resurrection, and I wanted my music to reflect that. Funny how my art already knew what was about to come, but I was late at making the connection. [Laughs]

Sonically, where did you pull influence from for this project?

I'm all over the place with this album, but it's intentional. I am an all-over-the-place person and it's me embracing that. I'm a double gemini, I have ADHD and I grew up in the world's most multicultural city... I'm influenced by a million things. I'd also say that SOPHIE was a big influence because SOPHIE wasn't afraid to fuck shit up and experiment, and that gave me courage. I had to work through a lot of trauma of being in this industry to relearn how to love the creation of music again, and one of the main things I set out to do was to create my version of pop. What can I serve in three minutes or less? That's how I found my voice.

What're some of the main themes you found yourself writing about on resurrection?

The struggle of existence, love and dreaming of a better future. I love this planet, I love people and I love being alive. I want every single one of us to feel happy and fulfilled. It's our God given right as humxns. I literally meditate for world peace every day.

How does your performance background impact your music?

I grew up performing and competing. I grew up watching Britney Spears, Michael Jackson, Tina Turner and Madonna, watching them perform the house down and have this stage presence that was unparalleled, untouchable... almost God-like. That to me was always the standard and that's what I always set out to do. My music is made for big performance numbers. I imagine elaborate, dance-heavy music videos when I write these songs.

What was the most challenging part of creating this project?

Being independent with a lack of resources. This industry will drown you out with their flagship artists dominating the airwaves, making it nearly impossible to break through independently. You need so much funding to give yourself even a fighting chance at "making it."

We have so little queer major label artists. I want to see someone break through loud and proud, not after the fact or not filtered for the white, cishet lens. Being queer and racialized means being overlooked and fighting for the few opportunities there are for us, limited to the months in which we're celebrated and forgotten about the rest of the year. I don't want to have to flex identities so that brand X can check the box and give themselves a pat on the back for doing the bare minimum. I just want to make meaningful art for the collective, and be able to support myself and my family while doing so. Is that too much to ask?

How has Toronto's queer community specifically impacted the work of resurrection?

In Tkaronto*, we have two queer scenes. The predominantly white, wealthy, gatekeepy scene and the much more inclusive, queer and trans BIPOC community that is at the heart of nightlife and the culture. Specifically the Ballroom community and joining The House of Siriano was pivotal in helping me find the woman I always was. All of this helped to create resurrection. The more authentic I became, the freer I felt and the easier it became to create. Community is everything.

*the original, Indigenous name for Toronto, meaning "the place in the water where the trees are standing." We acknowledge that this is the traditional territory of many nations, including the Mississaugas of the Credit, the Anishnabeg, the Chippewa, the Haudenosaunee, and the Wendat peoples and is now home to many diverse First Nations, Inuit and Métis people.

Stream resurrection by Ceréna, below.