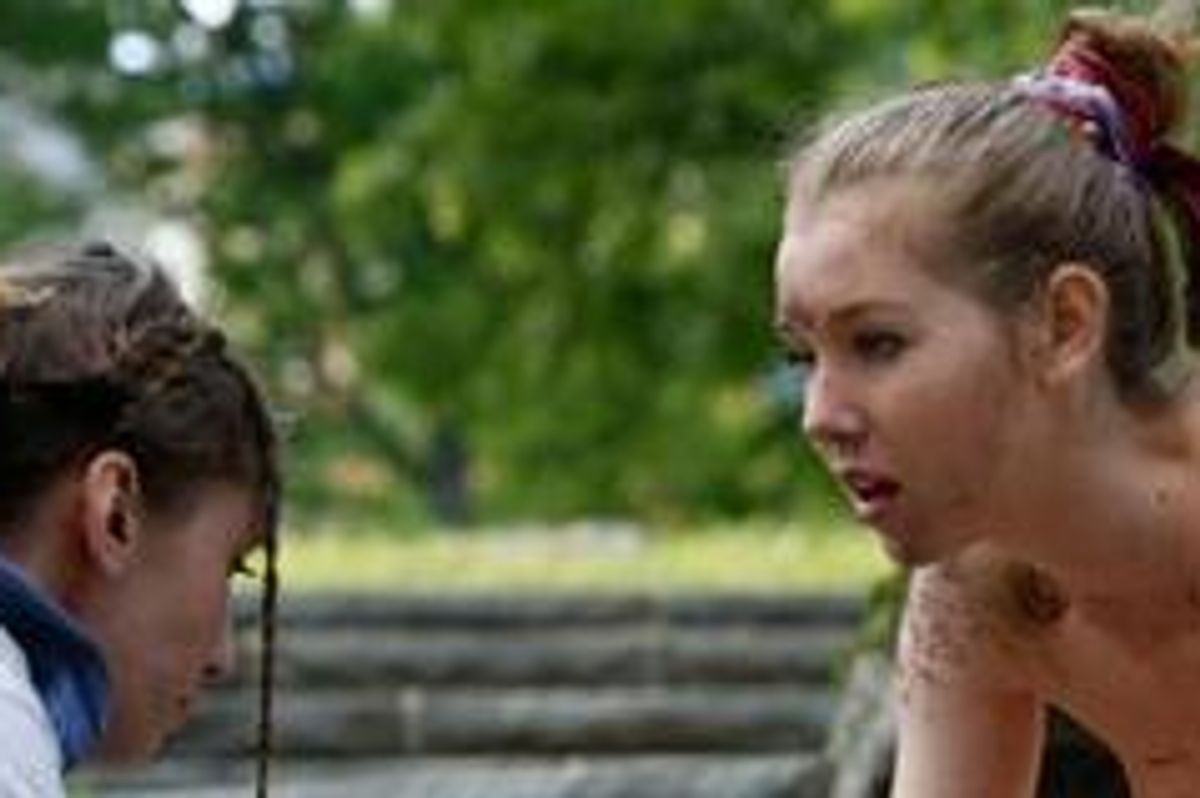 There's An All-Female, Fully Nude Production of 'The Tempest' Happening In Central Park

11 actresses--most of whom are with the Outdoor Co-ed Pulp Fiction Appreciation Society--are currently putting on productions of Shakespeare's The Tempest in Manhattan's Central Park.

Shakespeare in the park is a time-honored staple of this great city, the cast is putting an utterly original spin on it, performing completely in the nude.

The 90 minute play--based around the park's famous Summit Rock--is totally free to the public, and the actors periodically interact with the audience, guiding them up the giant stone as the show goes on, and to different areas on the grass and benches.

Some of the cast is partially clad, but by the finale, everyone is in their birthday suits.

Nakedness, not surprisingly, plays a hugely symbolic role for these thespians, who say the nude element is about "body freedom and free expression."