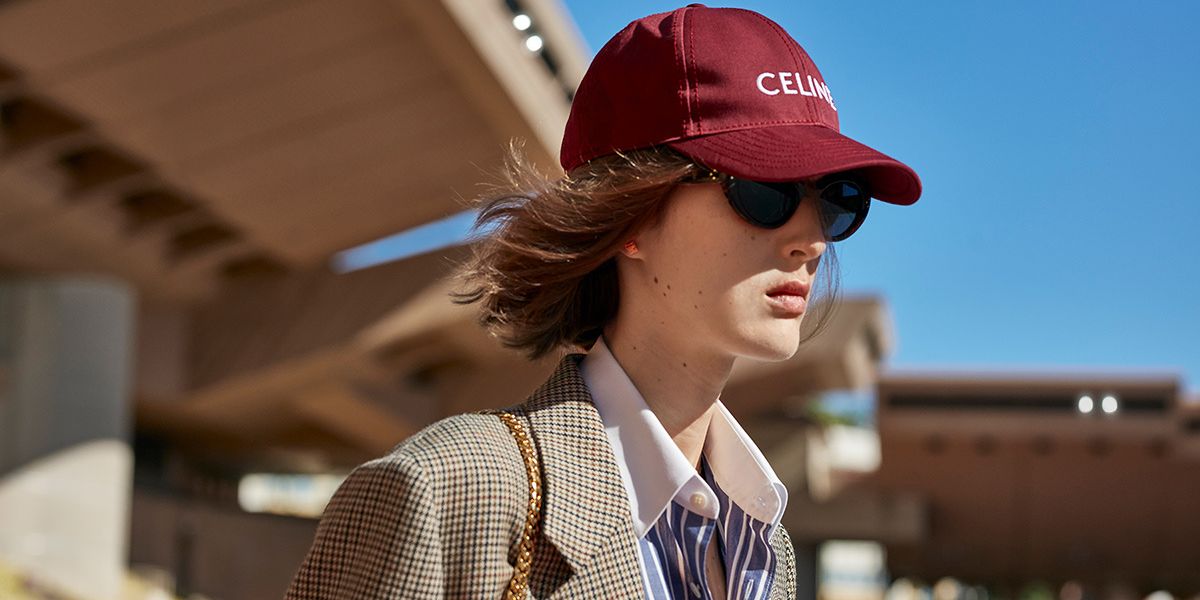 Youth is central to every Celine collection by Hedi Slimane. Since his debut at the French luxury house, collections have ranged from being entirely unisex to taking inspiration from TikTok. This season projected a similar theme, with Slimane's Celine women presented in an unpolished, natural light. Similar to the designer's Spring 2021 men's "documentary" filmed at the Circuit Paul Ricard this summer, the women's show was filmed at Monaco's Stade Louis II football stadium.

Just as the pandemic has forced many fashion lovers to retire their formal pieces and break out their sweatpants (usually accented with versatile jewelry and a dressier piece or two), so too has the Celine muse. Right now, it seems she's getting by — not dressing overly up or down, but somewhere in between, according to Slimane's styling. His complement is to show Spring 2021's (Celine calls it Summer) clothing in a nonchalant lens, disregarding traditional formal styling in favor of an aesthetic that feels relatable.

Related | TikTok Teens and E-Boys Have Taken Over Celine

Mixing a highly feminine aesthetic with some more casual pieces, Celine's glittering dresses with puffed sleeves, floral embroideries and ruffles were paired with baseball caps, oversized sweatshirts and low boots or sneakers. Meanwhie, jeans, shorts and leather skirts were rooted in campus style, paired with silk crop tops, hoodies and sports bras under knit jackets, blazers and flannel. With accents like versatile gold jewelry, oval sunglasses, bucket hats and an array of shoulder and crossbody bags, the collection could have been taken straight from TikTok feeds or a moodboard for Gen Z dressing.

Celine's clientele is "always the Parisian, but with a new energy," according to this season's show notes. Younger generations that want to "assert new codes" — whether they be dress, societal, or otherwise — are the obvious target audience, which was evident from the sporty styling to the Princess Nokia soundtrack.