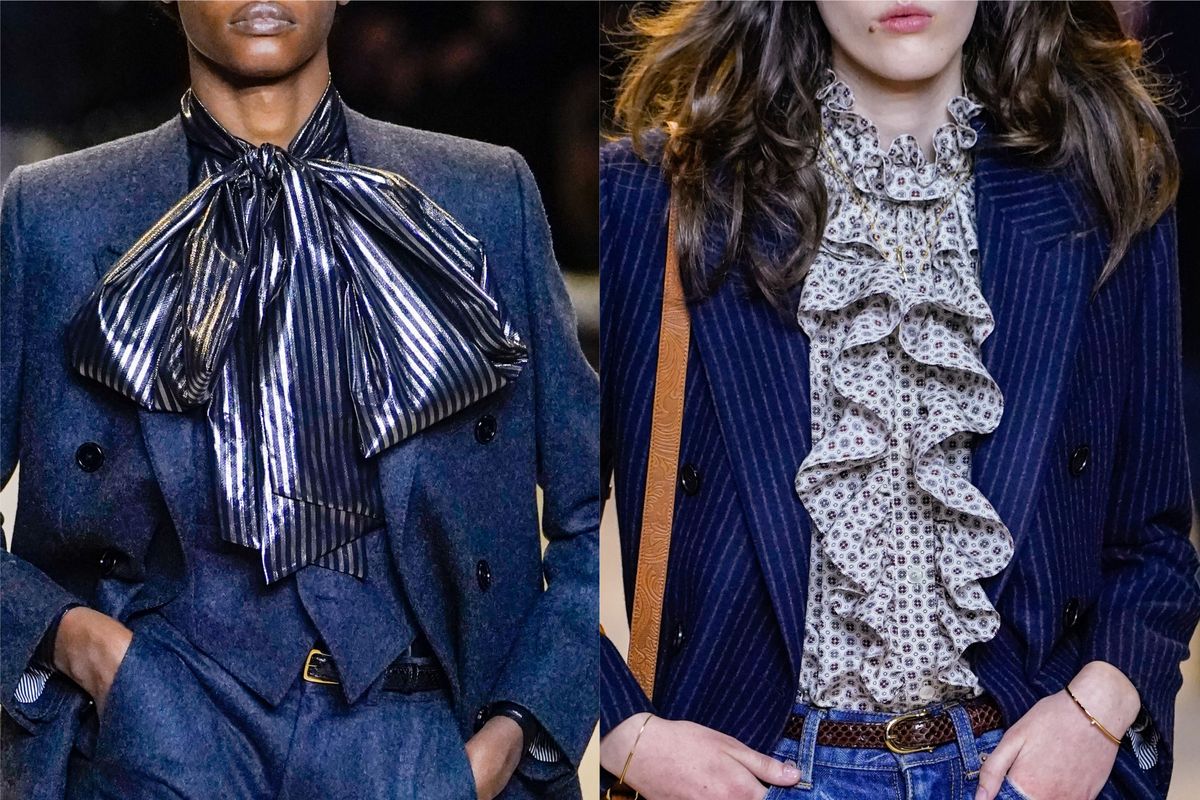 Celine Doubles Down on Unisex Dressing for Fall 2020

Celine decided to combine its men's and women's collections this season — a move that reflects "the gender-fluid aesthetic" of creative director Hedi Slimane's designs, a rep previously told WWD. As such, the brand double down on its unisex approach to dressing for Fall 2020 (the brand calls it Winter), with the men's looks able to be worn by women and vice versa, including the bags.

These include several wardrobe staples carried over from last season including fitted '70s-style blazers, super-slim trousers (a stronger focus on velvet this season) and silk blouses with pussybow detailing. According to the show notes, the menswear looks carry a new form of romanticism while embroideries are all done by hand.

Meanwhile, the women's looks stayed on the same Parisian bourgeois lane that Slimane introduced last year, with pleated midi skirts, boho dresses and knee-high boots all back in action. (Ornate touches like gold metallic coating and couture-like embroideries add a more lavish touch.) The brand also brought back a Sulky, a bag from the archives first introduced in the '60s.

See, below, for more photos from Celine Fall 2020.