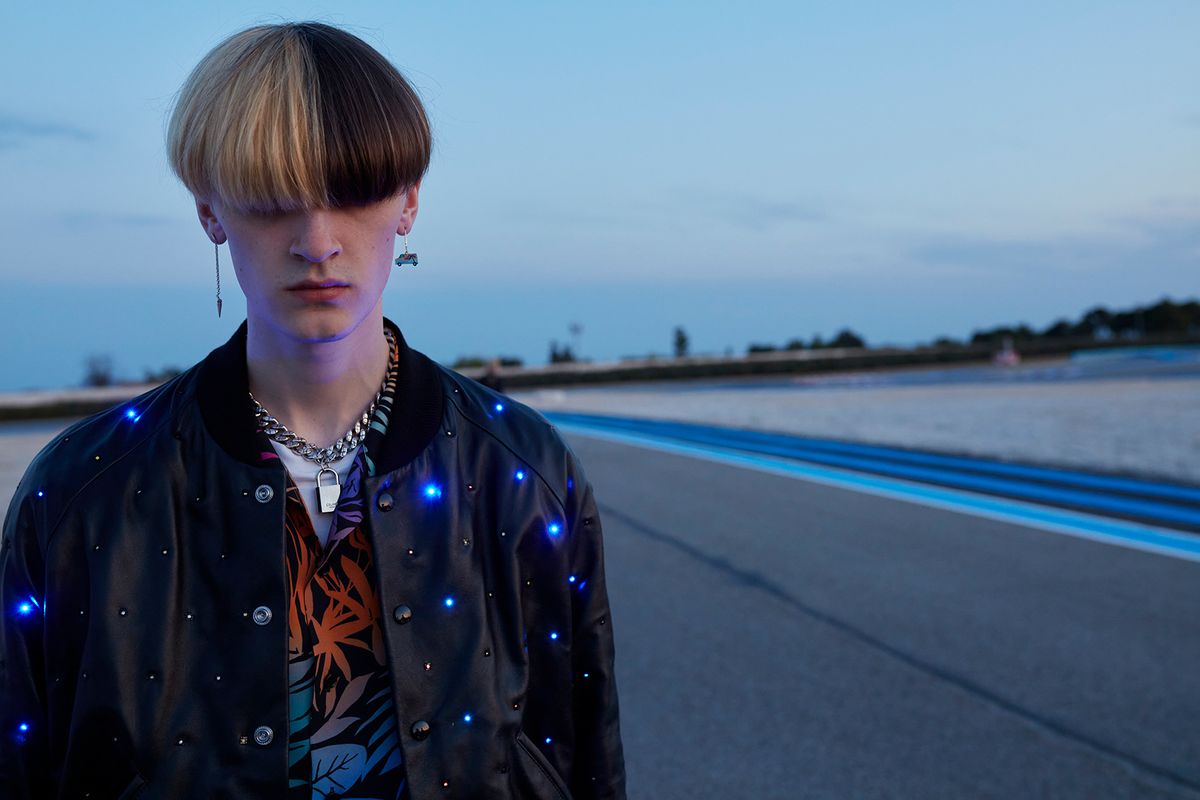 TikTok Teens and E-Boys Have Taken Over Celine

Hedi Slimane's fascination with youth culture goes back decades, so it's only fitting that TikTok has become his latest obsession. What started last fall as a "Teen Idol" portrait series that kicked off with TikTok star Noen Eubanks has evolved into a fully fledged Celine collection inspired by e-boys and Cali skate culture.

The "Dancing Kid" collection, as it's called, was shown this morning via a pre-recorded runway show held at the Circuit Paul Ricard, a motorsport race track in France. Models sported e-boy hairstyles while wearing distressed jeans (which Silmane has been designing since his Dior days), letterman jackets and sequined tiger-print joggers.

Leather jackets embroidered with "Dancing Kid" logos are a nod to the led lights ribbons that teens decorate their bedrooms with. According to a release, Slimane was ultimately inspired by kids and teens that have stayed creative while in confinement and isolation for much of the year.

The show's soundtrack featured a song by Tiagz, a 22-year-old Canadian rapper and TikTok star who composed a 15-minute version of the song "My Name is Tiago." And as if the TikTok references weren't enough, Slimane invited four of the video platform's biggest names to participate in the launch of the collection, including Chase Hudson, Noen Eubanks Curtis Roach and Anthony Reeves.

See, below, for more looks from Celine's "Dancing Kids" collection.