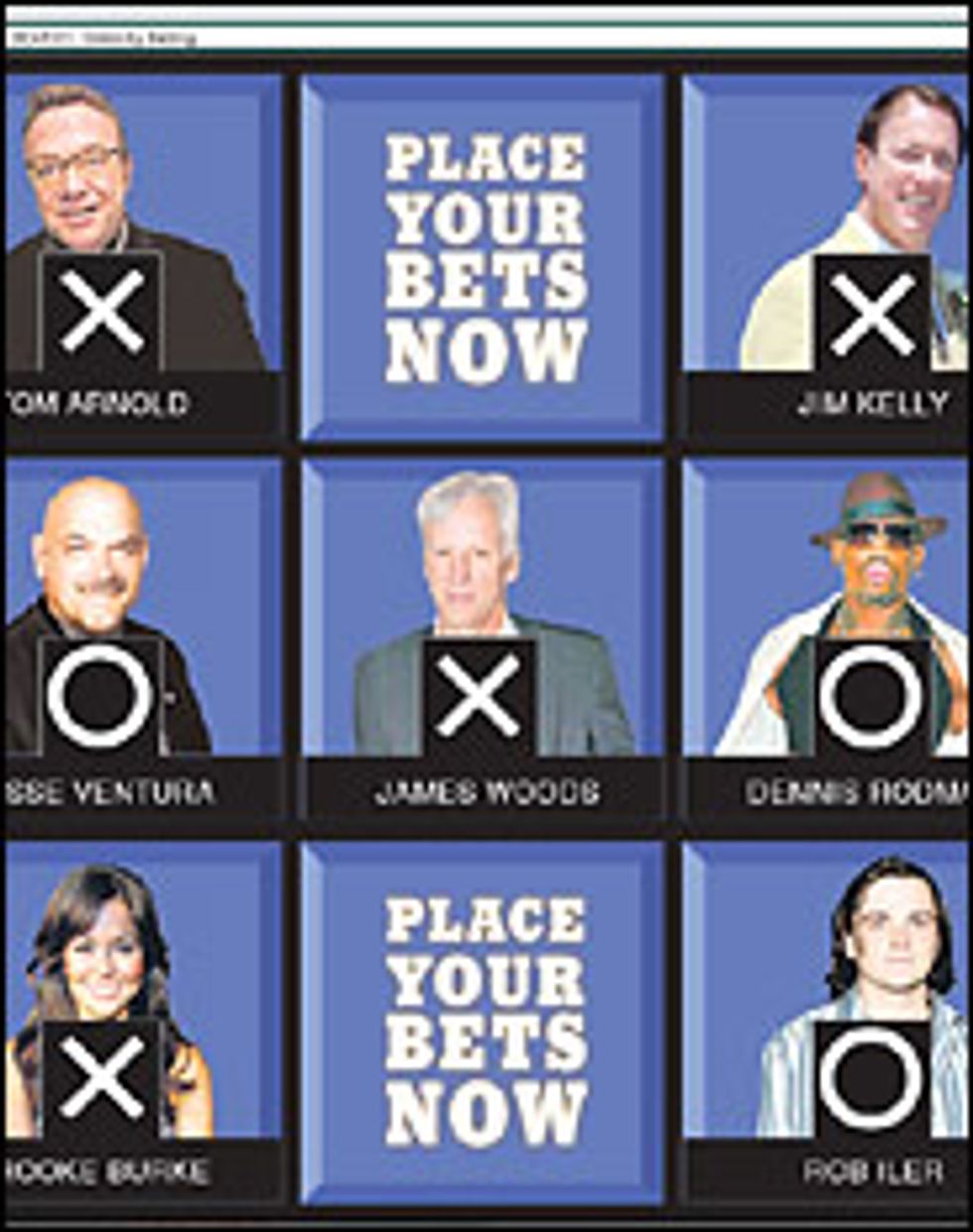 Jesse Ventura, Brook Burke, Tom Arnold, Robert Iler, former quarterback Jim Kelly and other celebrities may all be wanted by the law. You see our government doesn't look fondly upon people working for what they consider to be illegal gambling enterprises, even if it is only on the Internet. The government considers these Internet sports books to be violating American law by providing unlicensed gambling on domestic shores and it could decide to prosecute Americans who work for them. One thinks not. Things are bad enough in Washington without taking on B-list celebrities. True conservatives can see the true conservatism of giving adults the right to throw their money away if they want to.