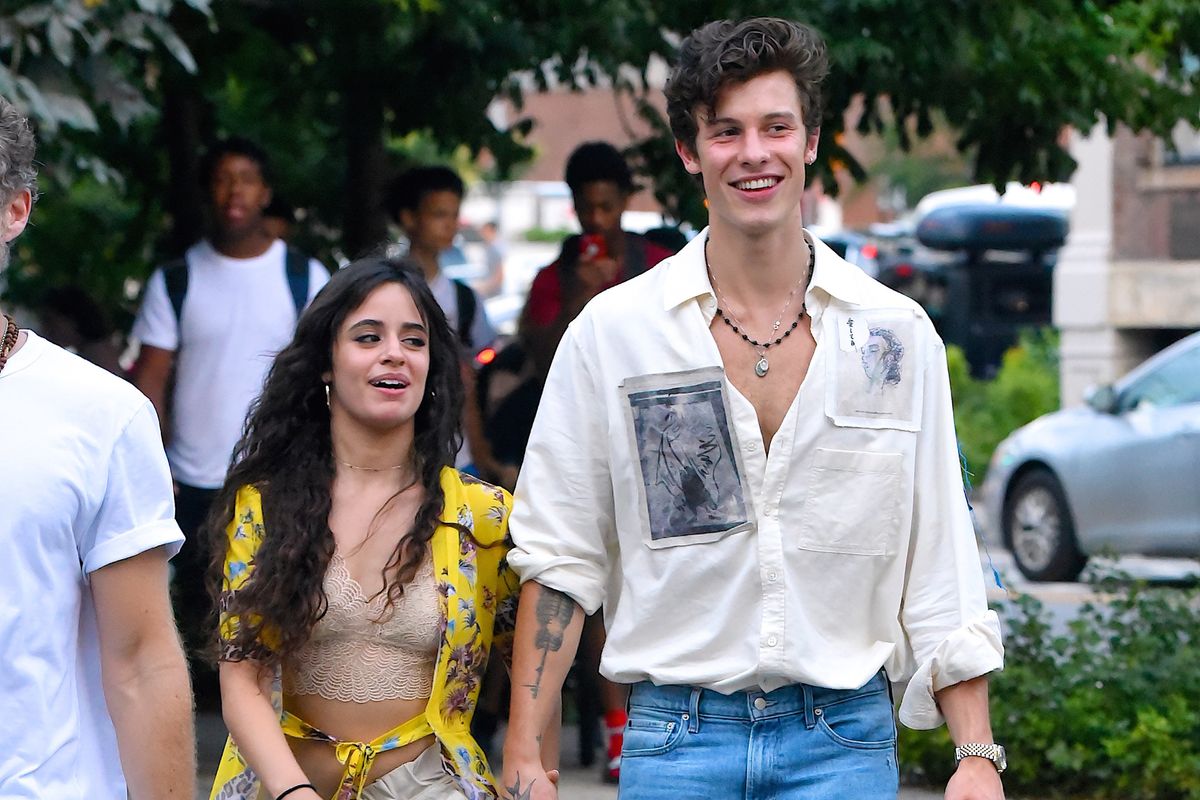 The 12 Best Celebrity Couples of Summer 2019

Summer is the season of steamy paparazzi photos. Celebrities sucking faces surround us: on megayachts, at LA brunch hotspots, strutting the stinking streets of Manhattan. They are young and hot and wealthy and, until the publicity cycles for their respective songs and movies end, very much in love!

Each year, one or two fame hungry couples will tend to dominate TMZ and Page Six with their despicably cute antics. In 2018 we had Ari and Pete competing with Justin and Hailey — sadly only one duo survived fall's cooler temps. With only a few weeks of warm weather to go, it's time to consider which pair of lovers will define what's been one of the hottest celeb summers on record.

The best contenders, below.

What more can be said about this sweet but suspiciously promotional relationship? Camila and Shawn both claim to be single, but over the past month we've watched them hold hands for the cameras, lick each other's faces in swimming pools, and generally set stan Twitter on fire. Their "Senorita" music video is packed with even more PDA than hooks! #Shamila forever. Or at least until the last couple of weeks of November, surely.

Related | Kylie Jenner is Having a Yacht Girl Summer

In between posting sponcon on their grids, these two Queer Eye guys spent most of the summer teasing a possible love story. They've since admitted the whole thing was a... prank. Where is the humor? It's unclear! But at least we can all calm down and return to shipping Tan and his French tucks.

Lady Gaga and her Sound Guy

Sorry, Jackson Maine and Ally fans. Gaga's new man is the direct opposite of our favorite sunscreen-slathered yacht daddy. Paparazzi recently caught Gaga eating brunch and making out with audio producer Dan Horton in Los Angeles, and Horton has subsequently made his Instagram profile private, so you know things must be serious. The couple likely met while Horton was working on Gaga's Las Vegas "Enigma" residency; he has also worked with the likes of Jay-Z, Bruno Mars, and Jimmy Fallon. Good for them.

Jughead and Betty are still going strong, unnamed sources be damned! They had us scared for a minute during a brief, rumored break up, but Lili's frighteningly earnest Instapoem indicates that she's as tight with her beau as ever.

Cara and Ashley have kept us guessing these past few months. Are they engaged? Are they married? Did they undergo a Las Vegas "friendship commitment ceremony"? One thing's for certain: they co-own a sex bench, which is a big relationship step by any standard.

As with all things Lena, this unfortunate photo sparked a lot of weird Twitter backlash. It was clearly just awkward camera timing, and we have every reason to believe that Pitt and Dunham are good friends who bonded on set — they shared some key Once Upon a Time... in Hollywood scenes together, after all.

Coming for Camila and Shawn's crowns are YouTube's reigning power couple, Tana and Jake. Their clout-driven love story culminated in an MTV-sponsored Las Vegas marriage ceremony which later turned out to be non-legally binding. But they continue to insist the feelings are at least slightly realer than Mongeau's bruised lip job. Who are we to argue? The vlogs are simply too good.

Gigi Hadid and the 'Bachelorette' Guy

In all honesty… this is confusing. Fresh from her break up with Zayn, one of the world's most powerful supermodels has been spotted out and about with Tyler Cameron, a reality star who didn't even win the show he was on. For added drama, Cameron's dates with Gigi are rumored to have angered former Bachelorette bachelorette Hannah Brown, who supposedly still has feelings for the man she spurned. Glorious.

A decade since their original People cover heyday, Spencer and Heidi have successfully re-branded from Hills villains to saviors. And they appear to be as obsessed with each other as ever — congrats!

You can't name your new album Lover and expect for people not to pry into your "notoriously private" relationship, T. Swift! It's true that Tay's dates with Joe have been less conspicuous than her previous high profile summer flings (most notably: Calvin Harris, Loki), but on the other hand she did subtly hint to Vogue that she and the British actor are planning to wed.

Turner and Jonas kicked off summer with a casual second wedding in a French chateau that was preceded by a series of very lit-sounding bachelor and bachelorette parties. We love an international summer couple, and these two are the definition: they've jetted around Europe and the States together these past months, as the Jonas Brothers prepare for their reunion tour.

As other relationships have waxed and waned, Diplo has remained refreshingly loyal to his social media accounts. This summer, he and his Instagram weathered a private jet malfunction, numerous minor existential crises, and the musician's new skincare regime. An OTP for sure.