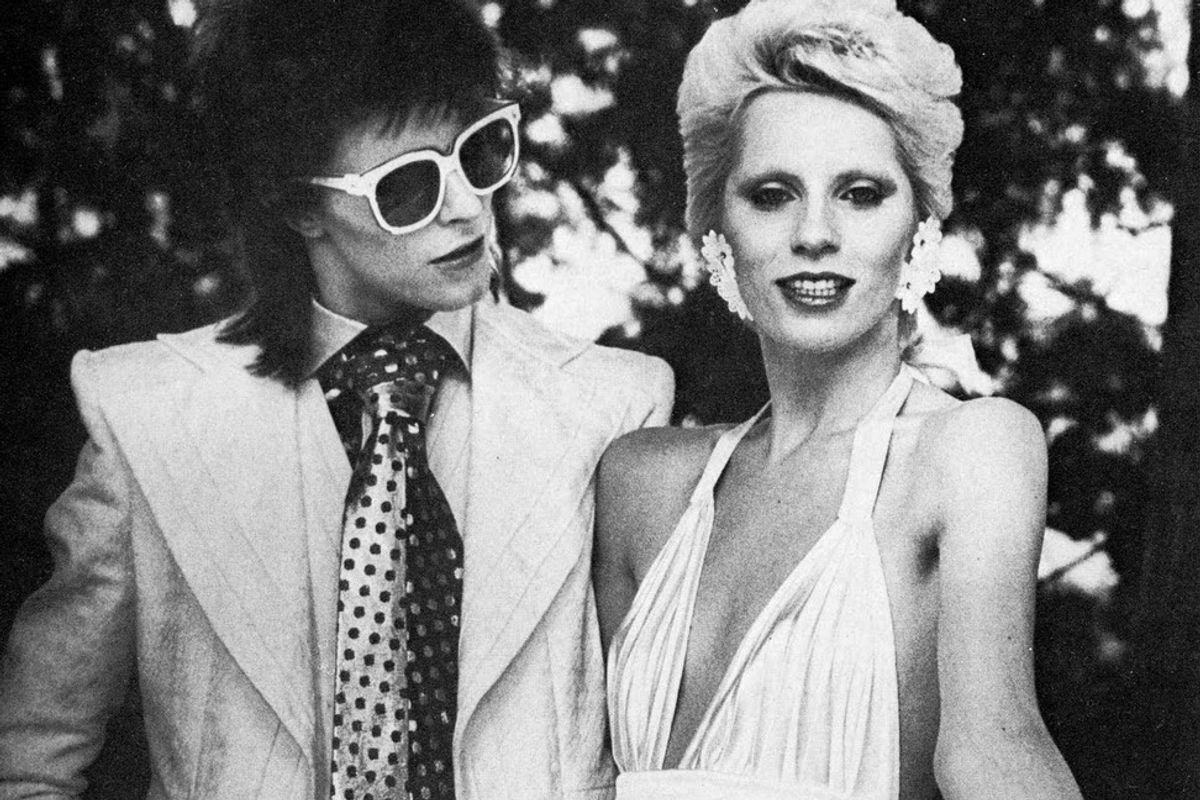 Always the first to capitalize on a tragedy, the reality producers behind Celebrity Big Brother UK hit what they thought could be a ratings goldmine when they filmed David Bowie's ex-wife Angela Bowie yesterday as she learned about his death -- and, unsurprisingly, many humans with consciences weren't too happy about it.

Saying "I haven't seen him in so many years I can't make a big drama about it. But I feel an era has ended," she was comforted by housemates John Partridge and David Gest as she cried. And even though the CBB Twitter said she was initially told in private and agreed to continue with filming, many still don't approve of CBB's network decision to broadcast any of the footage.

For those asking – Angie was told the tragic news about David Bowie off camera by her agent, then spoke to BB about it in the Diary Room.
— Big Brother UK (@bbuk) January 11, 2016

As such, thousands took to Twitter last night to express their displeasure at what has been (easily) construed as a pretty shady exploitation of a woman's private moment of grief -- especially after they tastelessly used said footage to preview the show.

The couple were married for a decade and have one son, Duncan (fka Zowie), together. Angela also had a hand in creating Bowie's landmark Ziggy Stardust character and his accompanying androgynous look.