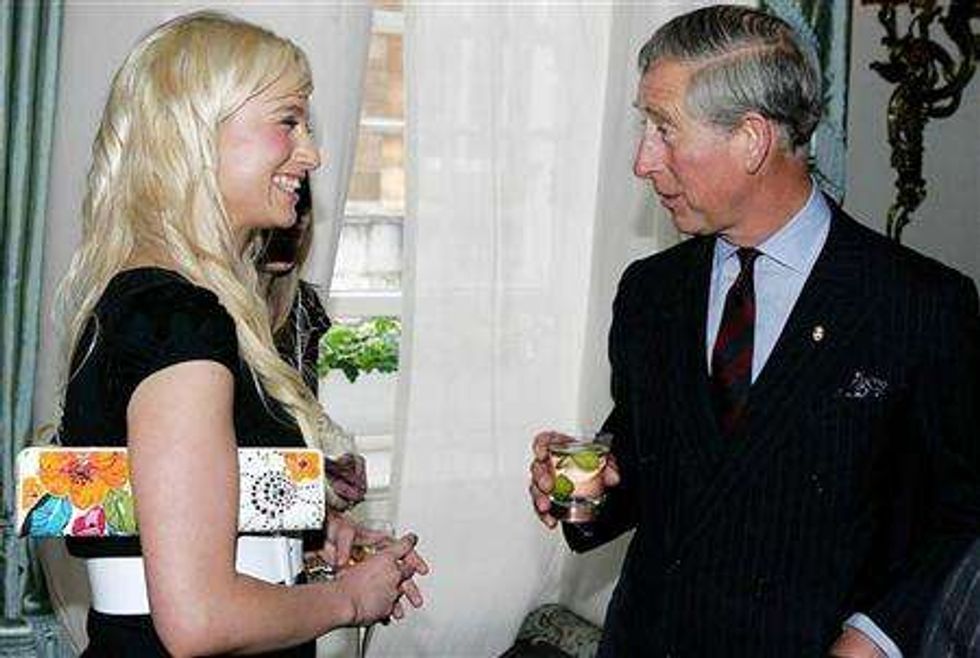 Nowadays being a celebrity is a career choice. Thoughout history one attained this level of accolade by virtue of unique talent or extraordinary accomplishment. Now the main criteria appears to be the application of will power, though this must be accompanied by the kind of superficiality that most appeals to a national TV audience. This appears to be true, not only here but in England as well: "In celebrity-obsessed Britain, Reality TV is the perfect new passport to publishing riches. No talent is needed, just a voracious hunger for fame."

Chantelle Houghton is a prime example. The producers of the British Reality series Celebrity Big Brother brought her in as a "fake celebrity." And she went on to beat the 10 other genuine celebs.

In photo Chantelle meets with Prince Charles
via Reuters