Inspired by the photo we ran in The Morning Funnies yesterday of Emma Watson in character for her new film The Bling Ring, we decided to revisit a dark period in our nation's fashion history: The Pink Tracksuit. Behold, some of your favorite (and least favorite) celebrities throughout the years sporting the PTS. 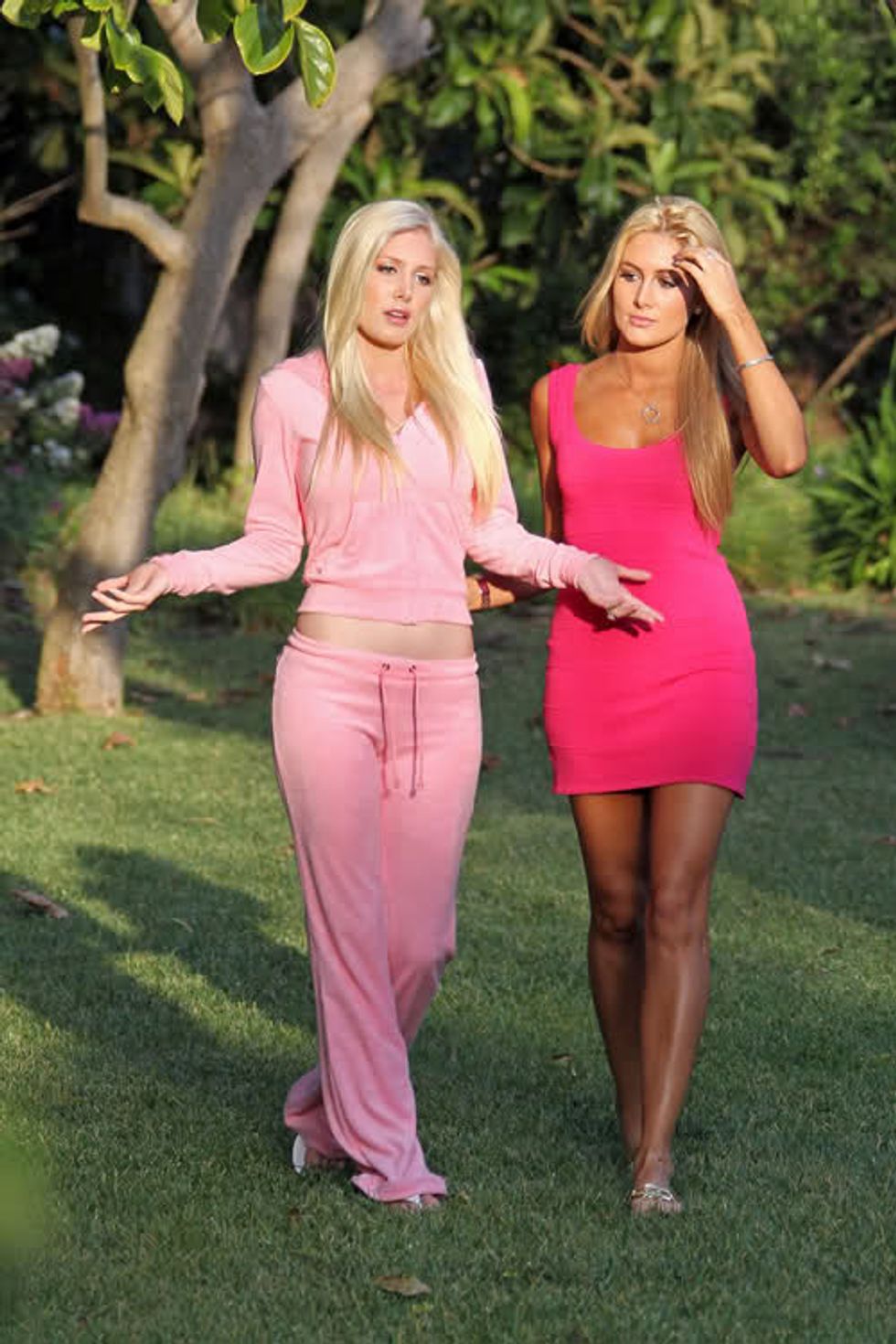 Heidi Montag and her friend Jen Bunney in L.A. in 2010. (Photo via Ohnotheydidn't) 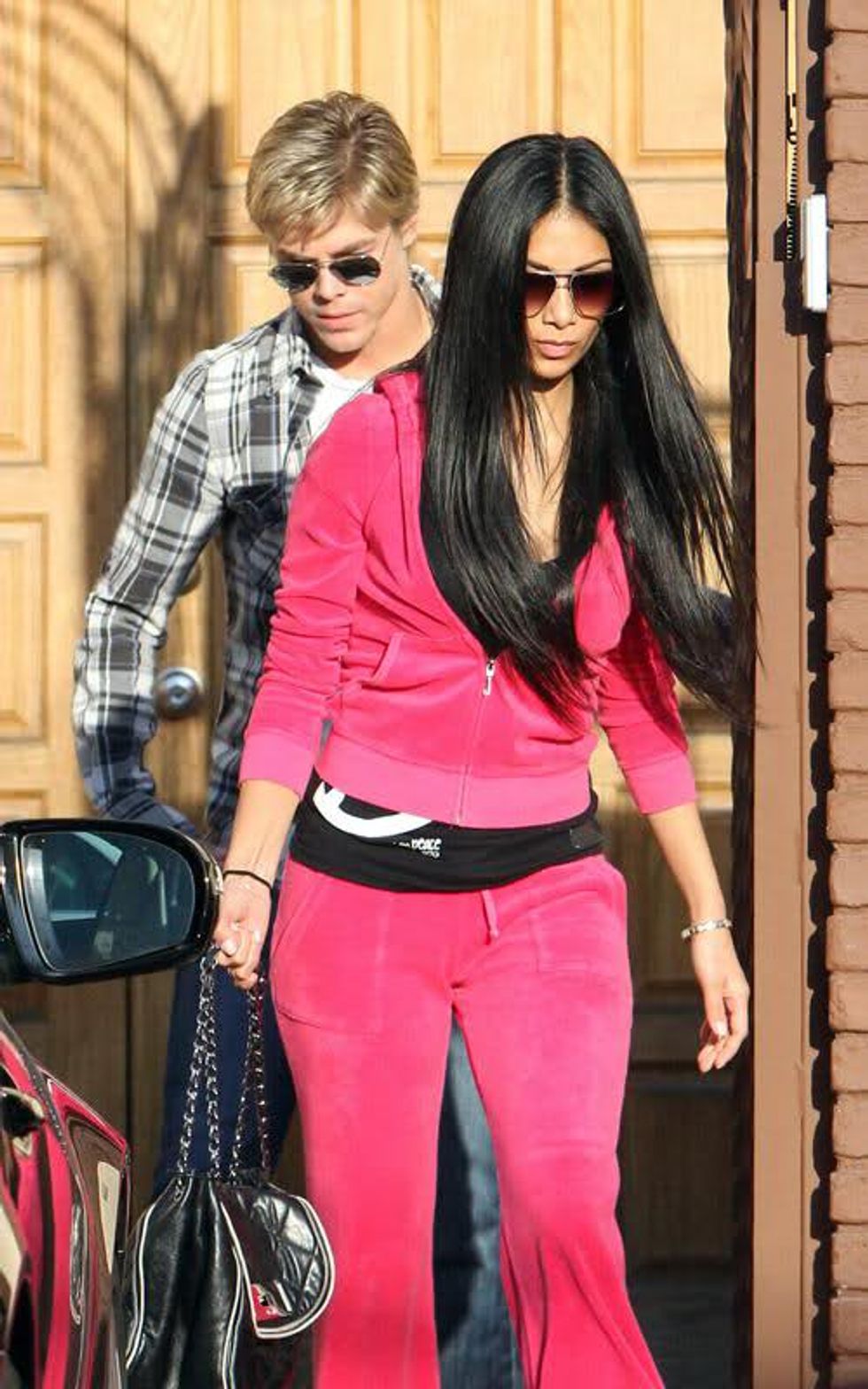 Nicole Scherzinger getting lunch in L.A. with Derek Hough in 2010. (Photo via Ohnotheydidn't) 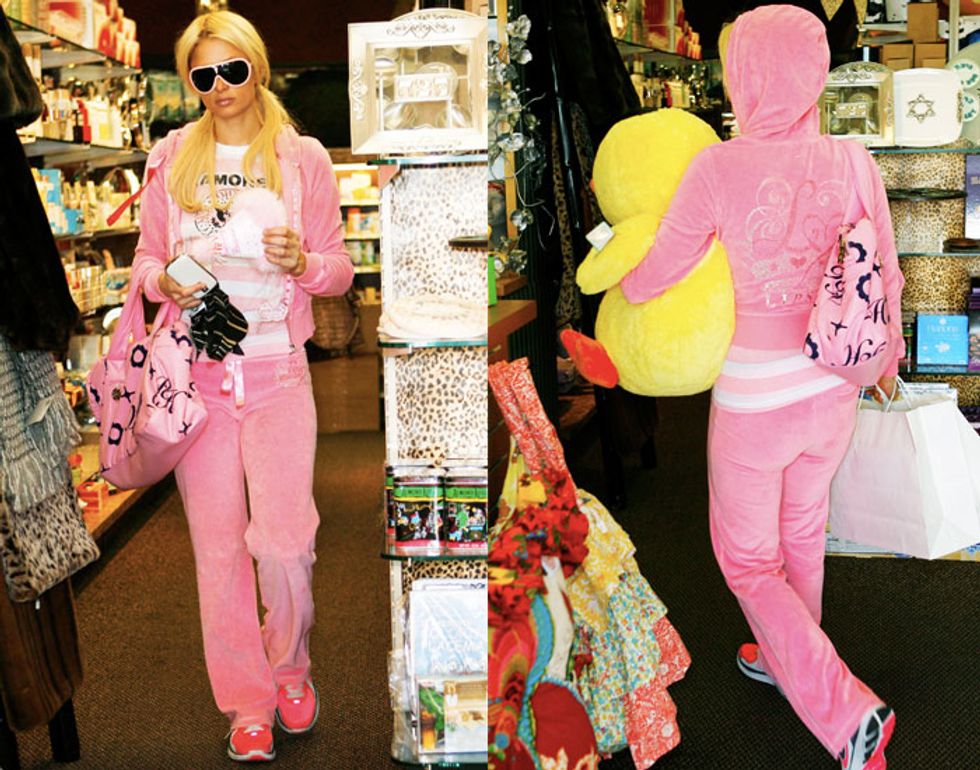 Paris Hilton shopping for a big yellow stuffed bird in 2010. (Photo via Lipsy) 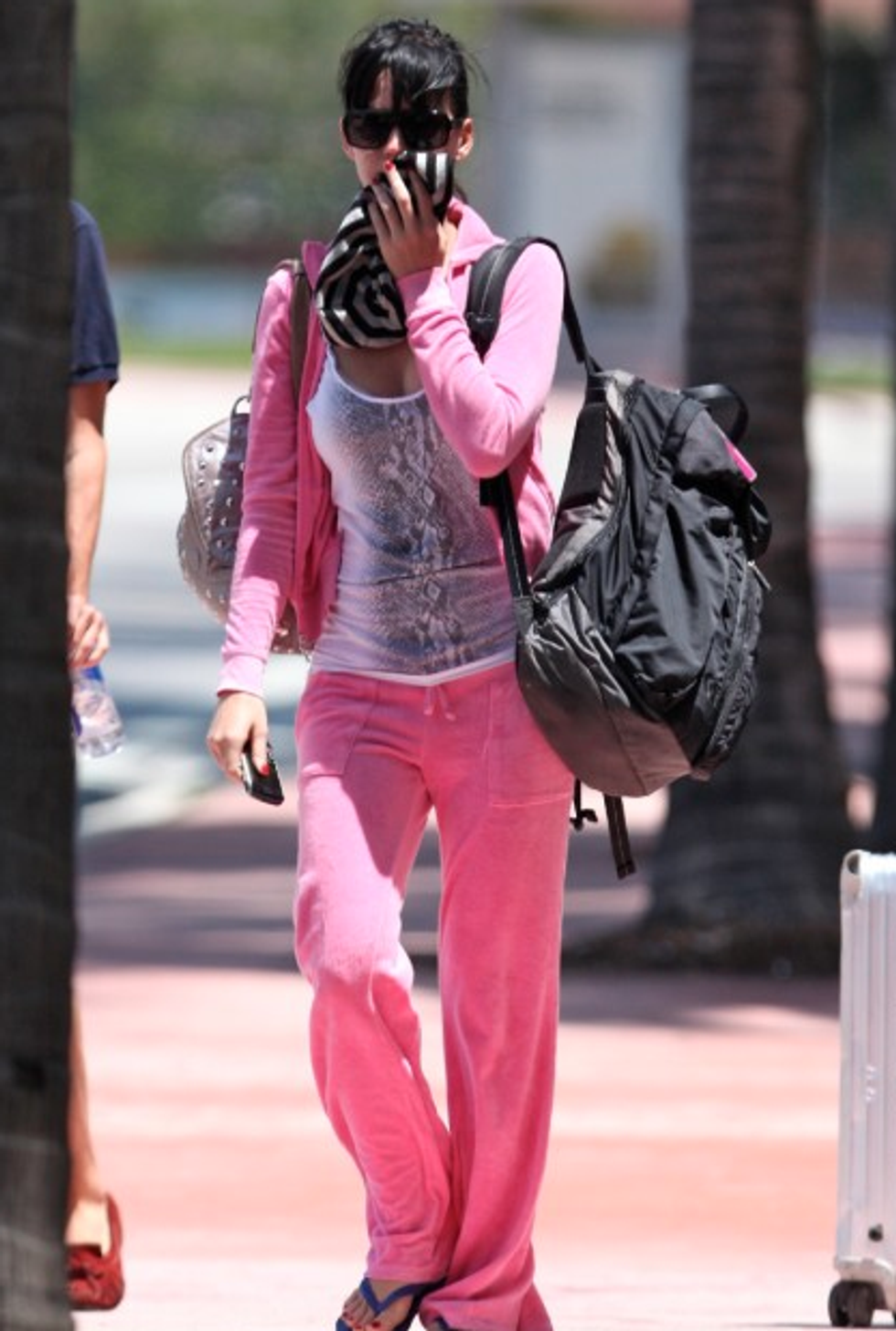 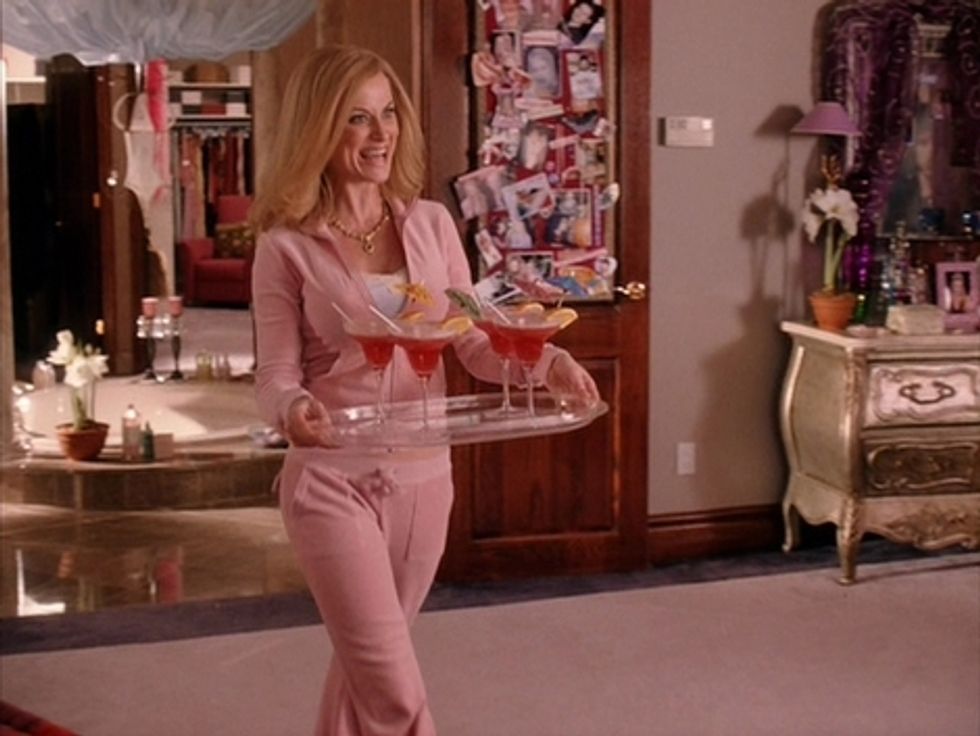 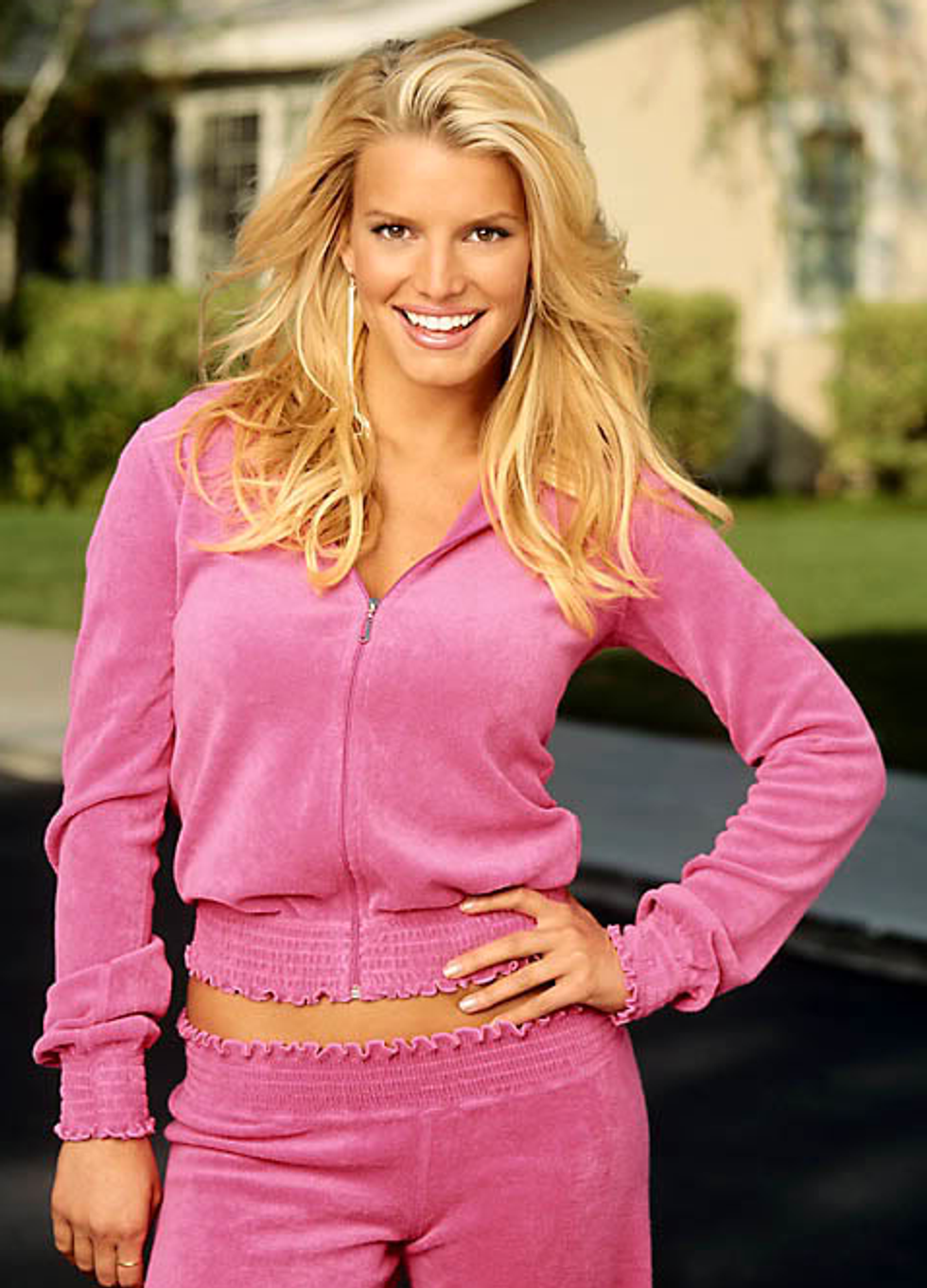 Jessica Simpson circa the mid-aughts. (Photo via Don't Call Me Icon Please.) 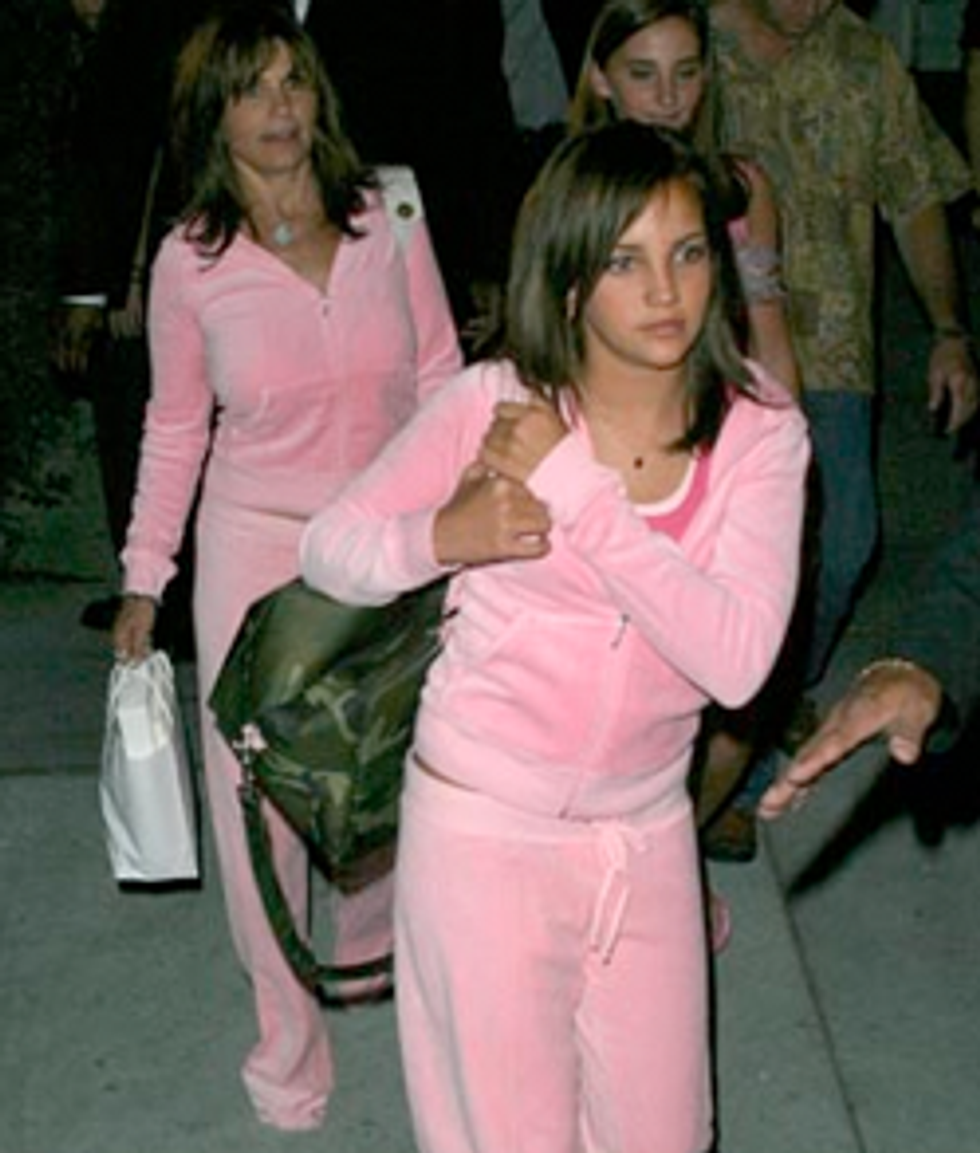 Lynne and Jamie Lynn in matching pink tracksuits at Britney Spears and Kevin Federline's wedding in 2005. (Photo via Sota Is Sexy.) 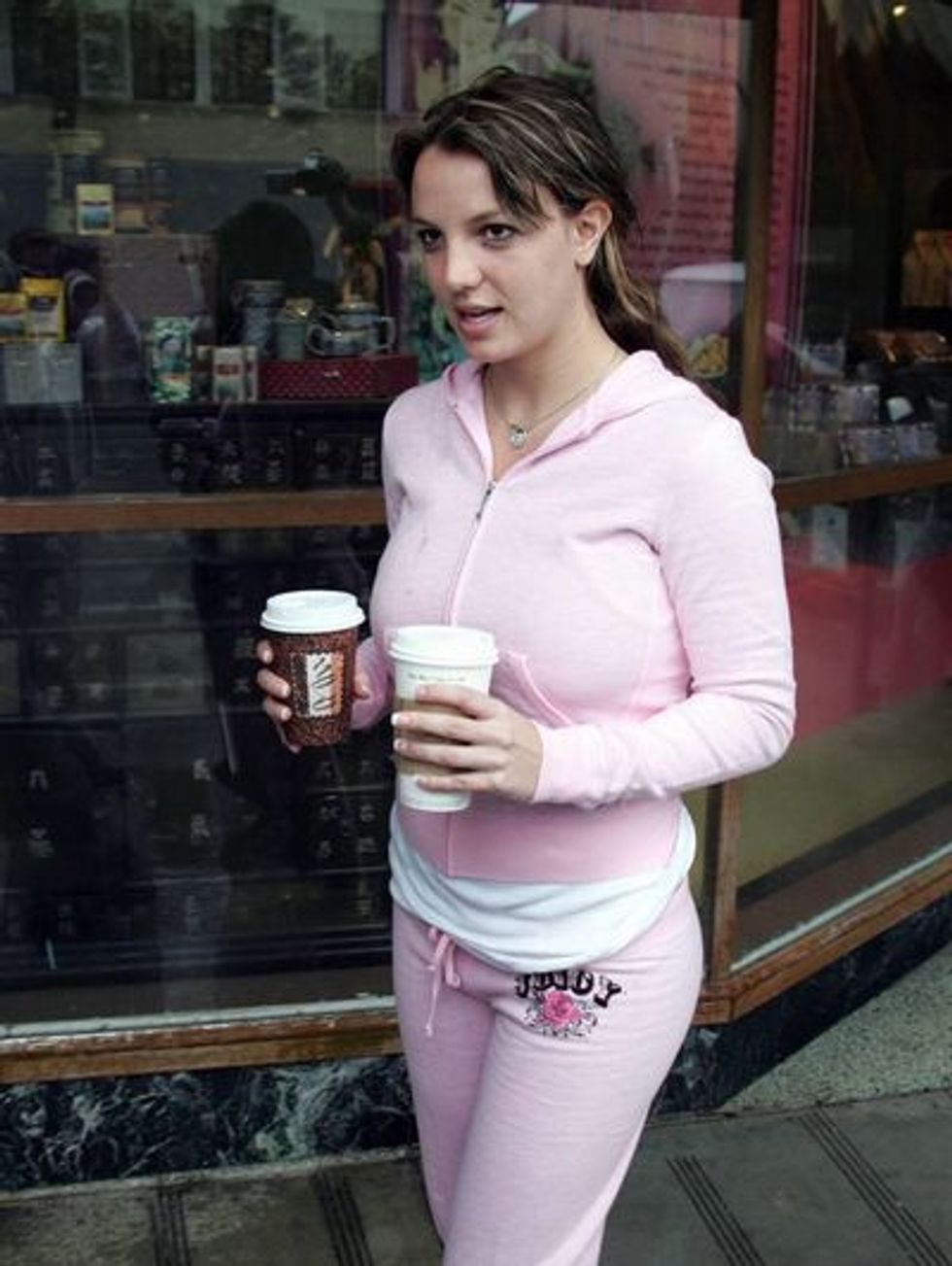 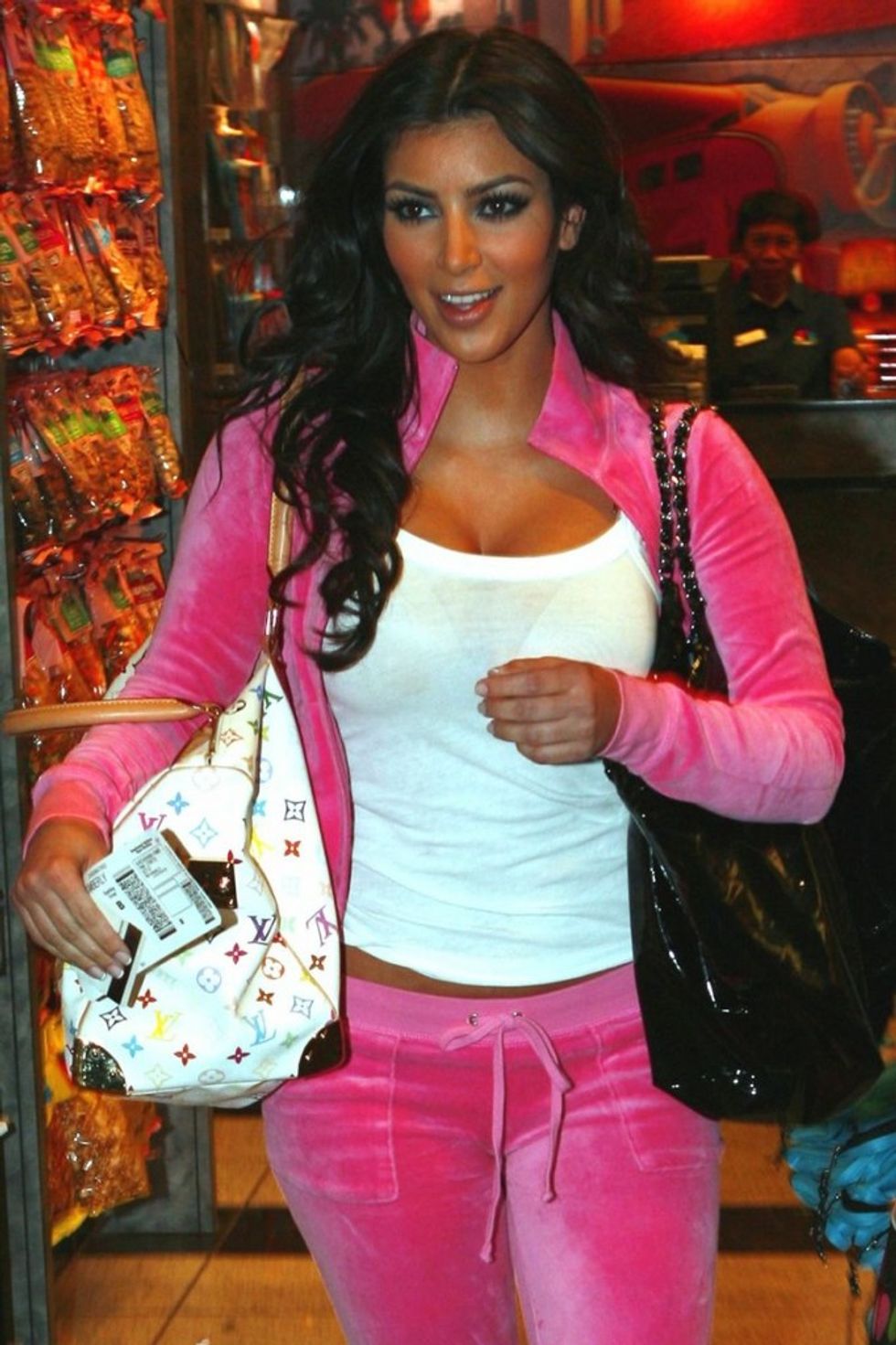 Kim Kardashian at the airport. (Photo via Dr. Jay's) 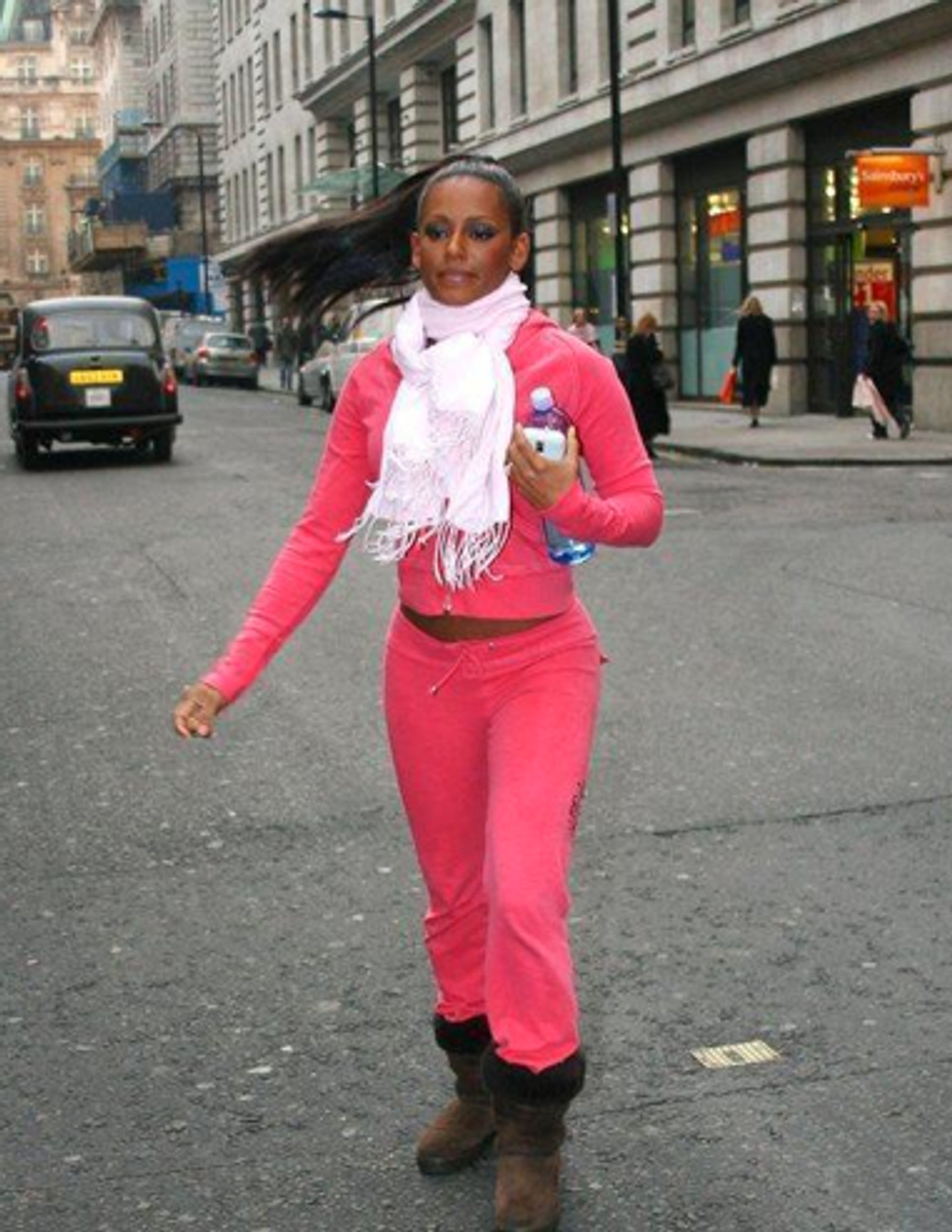 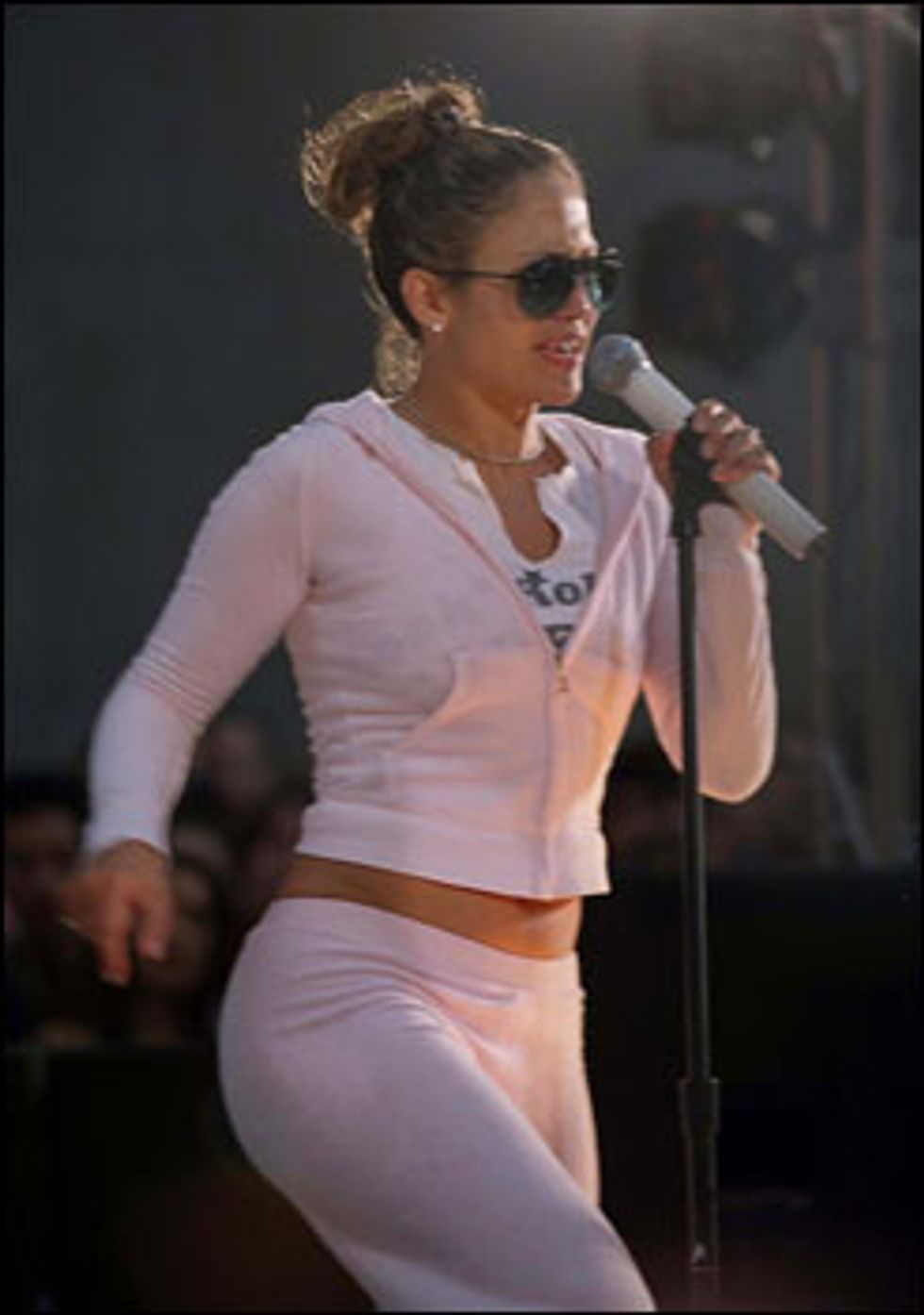 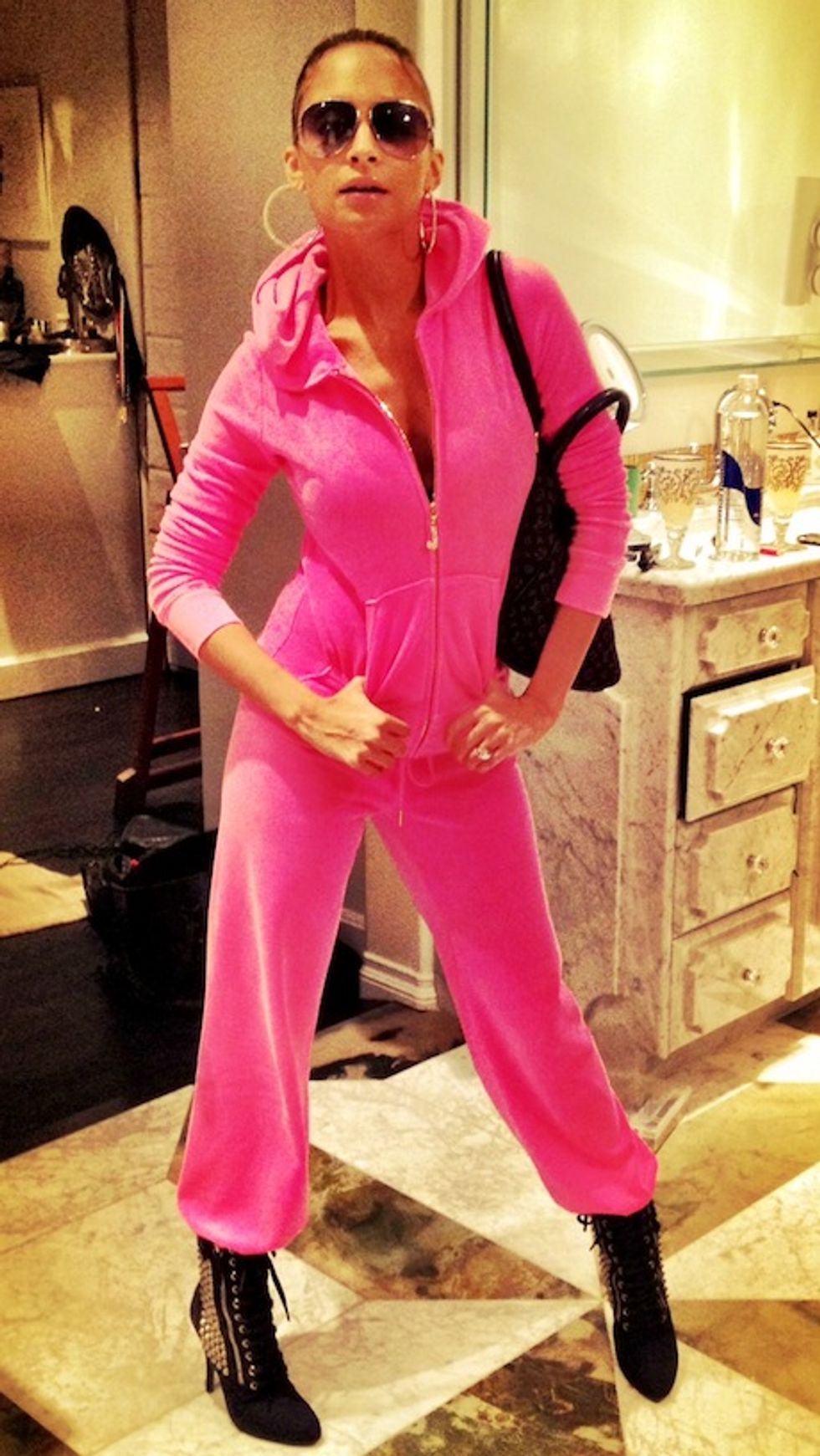 Nicole Richie dressed up as Jennifer Lopez for Halloween in 2011. (Photo via Coco's Tea Party) 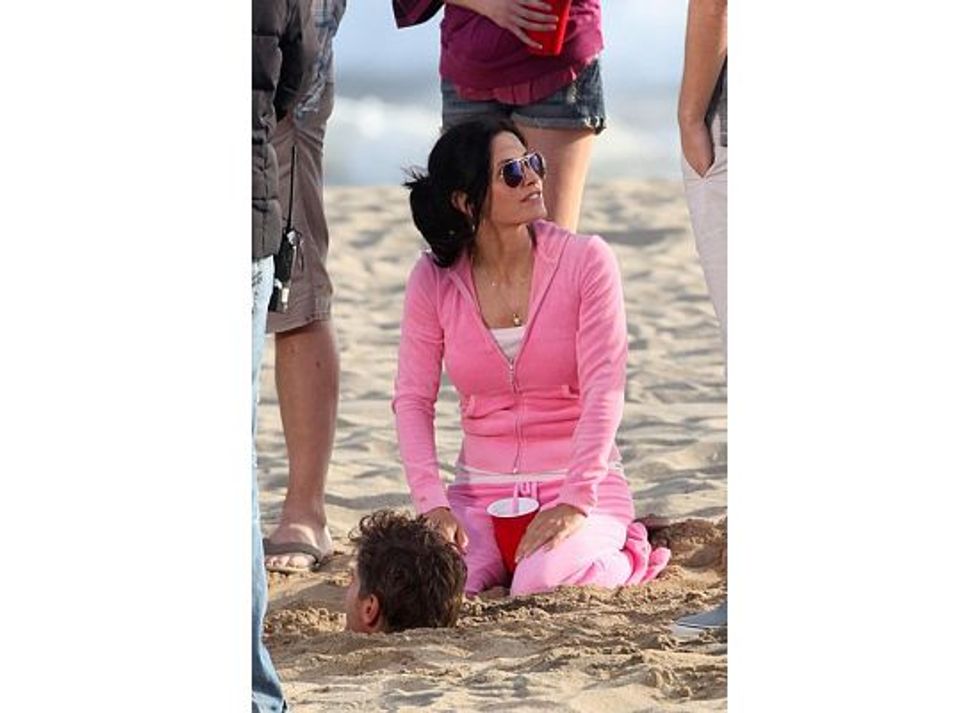 Courtney Cox at the beach in 2010. (Photo via Housewife Style.) 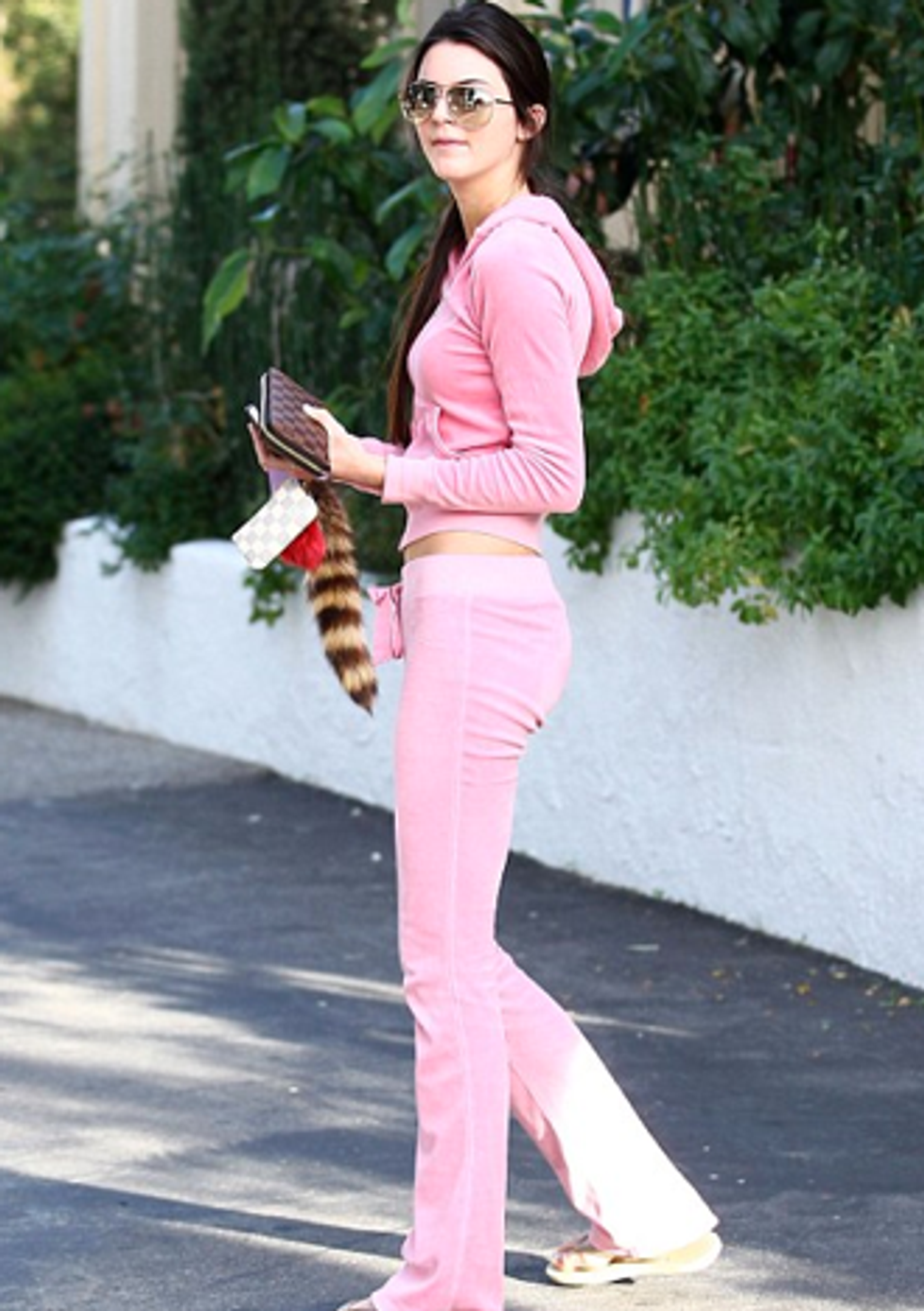 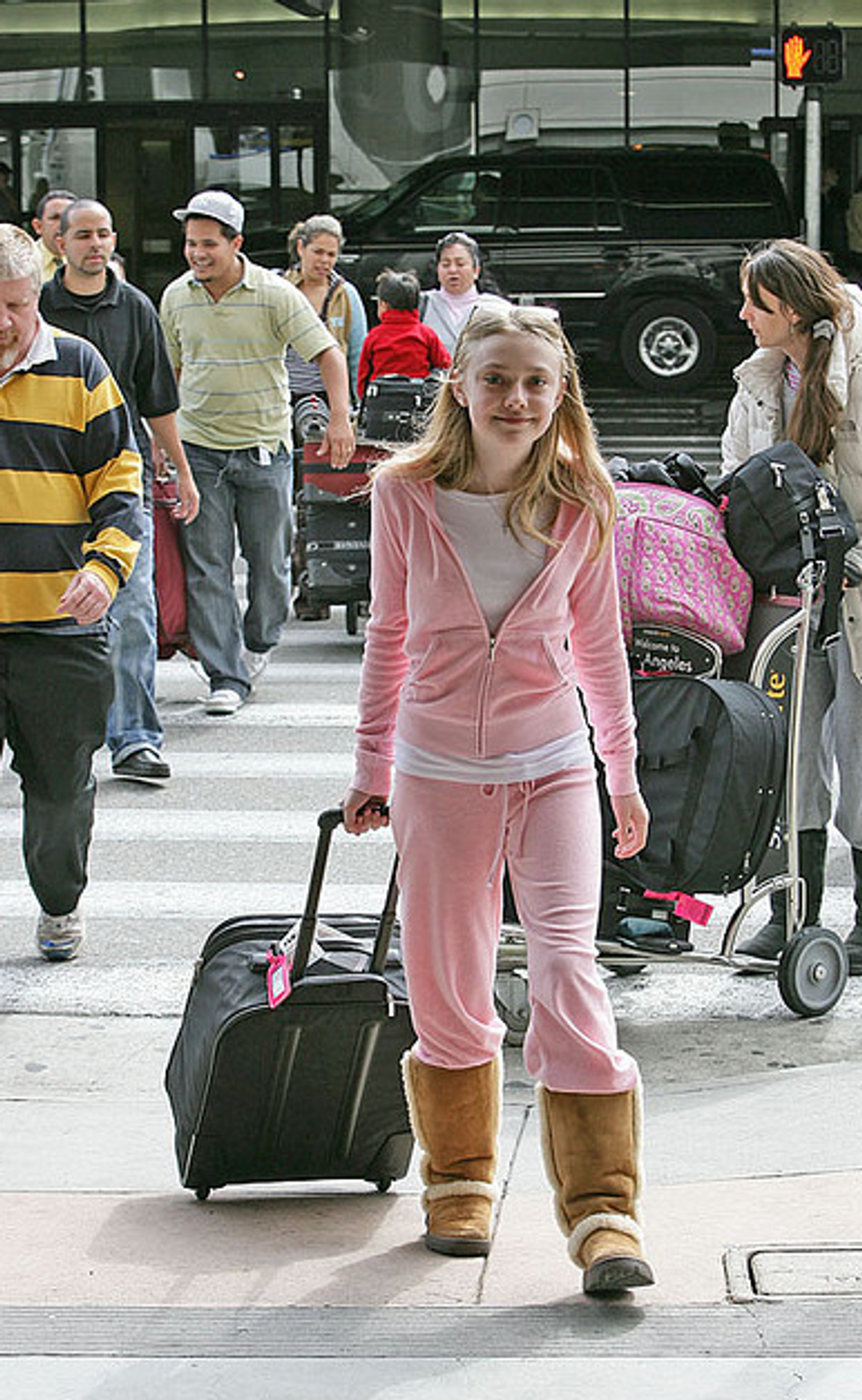 Dakota Fanning at the airport circa 2008. (Photo via Flickr.)

J.Lo Slips Back Into Jungle Prints for Versace