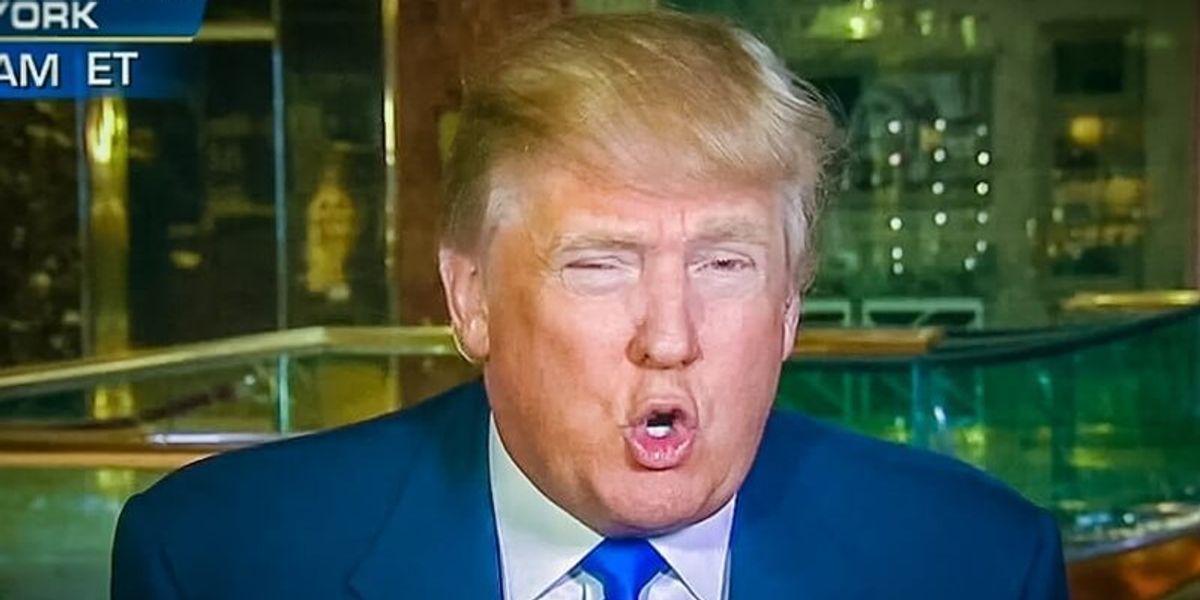 In the wake of Sarah Palin's Ambien trip-esque endorsement of Donald Trump on Tuesday, a host of celebrities have come out in support of an anti-Trump petition, that calls out the media for its excessive coverage of the presidential candidate for entertainment ratings.

Not only does StopHateDumpTrump call for a cutback on the Trump media circus, it's calling on everyone to take a stand against the flagrant prejudices, and downright fascism, in Trump's various political stances.

We believe Trump is a grave threat to democracy, freedom, human rights, equality, and the welfare of our country and all our people.

We have witnessed Trump inciting hatred against Muslims, immigrants, women, the disabled.

We have seen him evidencing dangerous tendencies that threaten the bedrock of democracy: unleashing a lynch mob mentality against protestors, calling for the expulsion of Muslims from the country, bullying, and fear-mongering.

History has shown us what happens when people refuse to stand against hate-filled leaders. We pledge ourselves to speak out in every way possible against the politics of hate and exclusion he represents.

Just a matter of time now before we see a tweet by Trump calling Lily Tomlin a "loser," which should be regarded as treason.