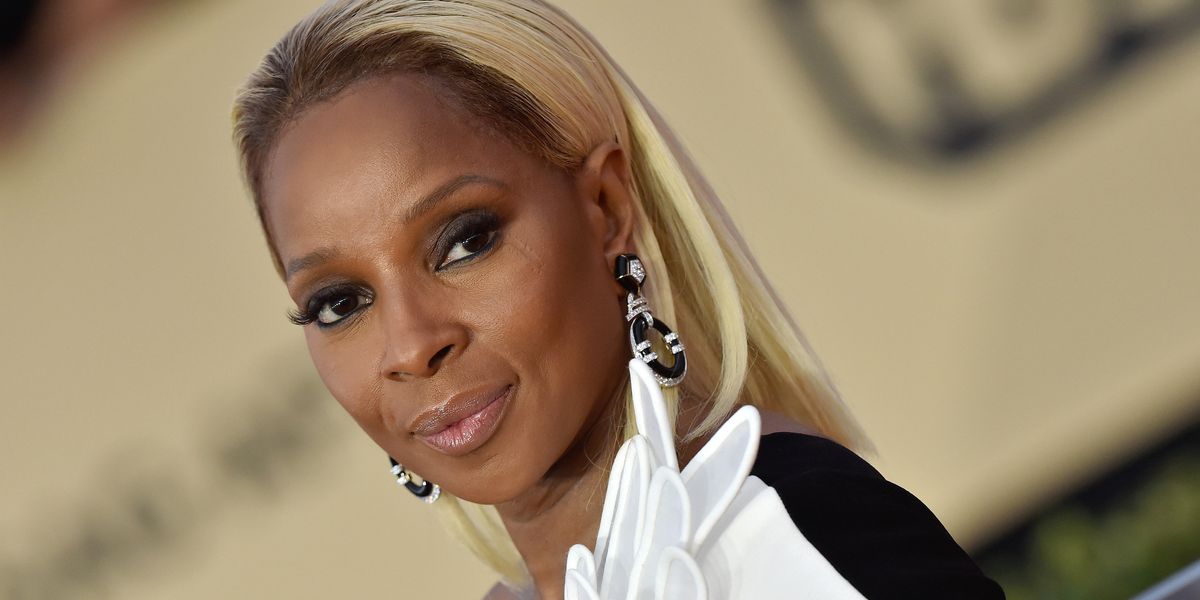 The Queen of Hip-Hop Soul, The Light of Everyone's Day (or at least mine), Mary J. Blige has had quite the winning streak in the lead-up to Sunday's Oscars, where she will find out if she'll win the Best Supporting Actress statue for her role in Dee Rees' highly-acclaimed Netflix drama, Mudbound. Also, have you heard her Very Important New Album, Strength of a Woman (???)

The bad news is that The Root reports that due to substantial debt and ugly divorce proceedings from former manager Kendu Isaacs, who has been described as broke, unemployable, and unwilling to get a job, MJB the MVP is also now a bit broke. She didn't net a huge income from her work in Mudbound — which is maybe a whole other discussion about pay inequality, how it affects black women, and Netflix, who we now know has a history short-changing black artists (read: Mo'Nique and Wanda Sykes).

I'm not going to dwell on any of that because it's not what matters most on this last day of Black History Month. Nope; the devil is a lie! Call it disassociation if you want to. The Republicans do it all the time! Let me have a moment of doing the same without actually hurting anyone, okay?

I'm going to turn this into a Black Excellence Report. Literally click and stroll through all of the following below, feel your spirit being nourished, and send thoughts, prayers, and maybe even donations to The Queen because a) she doesn't deserve this, b) she's given us so much in this DANCER-Y and is worthy, and c) REPARATIONS. Again, it's the last day of Black History Month.

Mary J. is still thriving. They don't call her a queen for nothing.