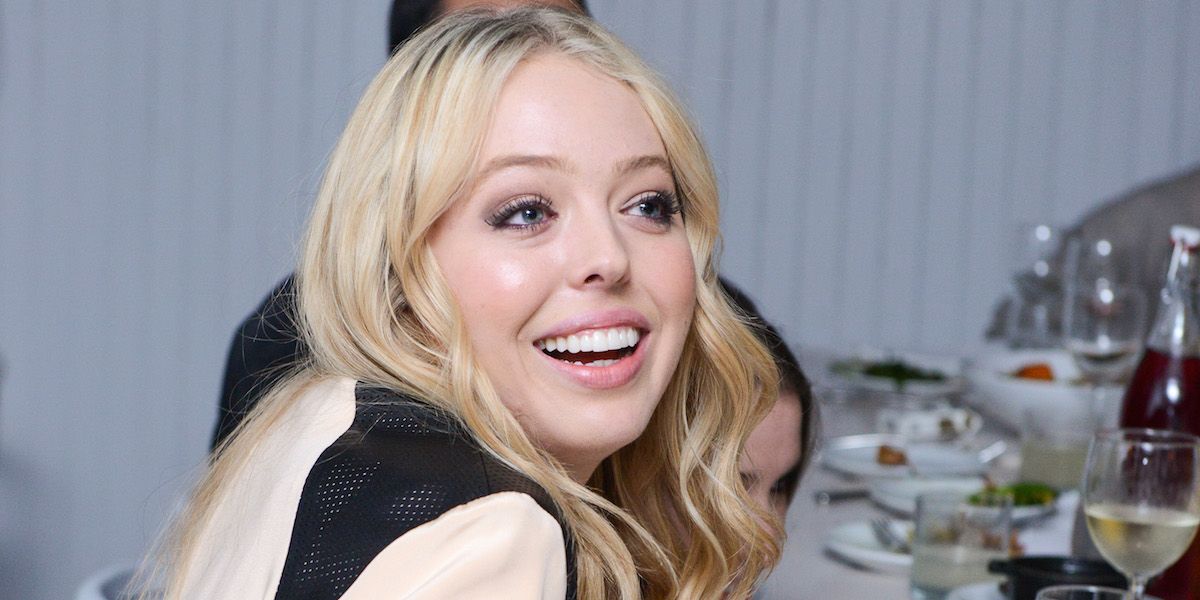 Today, October 13, marks only 25 days till Election Day in this ongoing nightmare of the 2016 presidential race. But it also marks the birth of one shimmering light in this ceaseless horror-saga: the birth of Tiffany Trump. The youngest daughter of the Republican nominee, Trump has become the anti-hero of the goblin clan she was born into; the only Trump we're rooting for.

Sticking out from her three older, terrifying half-siblings, Tiffany is refreshingly human, a little messy, and also a low-key genius:

Ms. Tiffany also, at one point, attempted to forge a career as a pop-star, experimenting with ghostly rave pop and unabashed autotune. Her best known single, "Like A Bird," (featuring Spite and Logic) which made the rounds this summer, is a glistening slice of...something.

In its own "???" quality, Tiffany's sonic tapestry stands up against the very oppressive, vile evil her father and his campaign have come to represent.

Ok, that's probably a reach, but just listen to the fucking song.

Happy Birthday, Tiffany, may you soar like a bird above the embers and ash of your father's failed swing at tyranny. I hope you and Melania vote for Hillary.