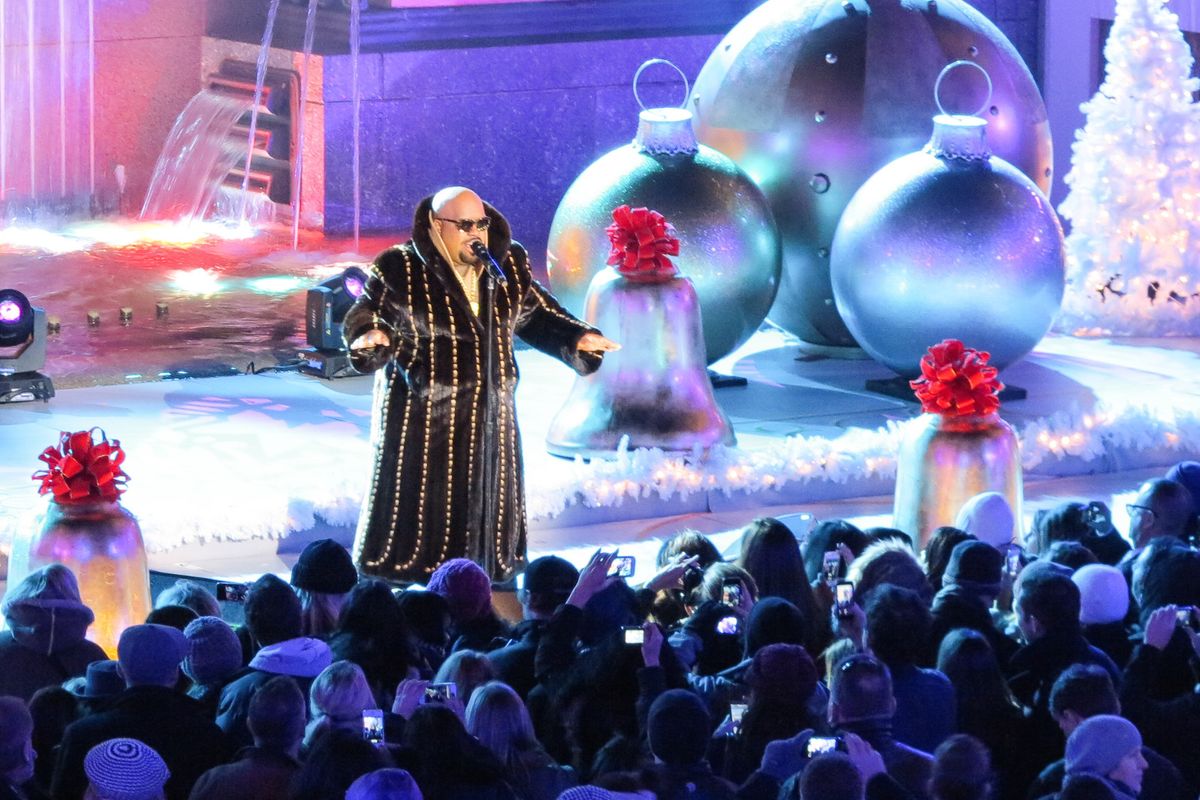 CeeLo Green On Having an Inspiration That Scares You

By the time CeeLo Green made it to the Voice, he was clearly weird as fuck. But it's easy to forget how much of an outsider he was at the beginning of his career. Before the success of Outkast and Goodie Mobb -- the Atlanta artist collective the Dungeon Family's two biggest acts -- no one in hip-hop took the South seriously. At the infamous 1995 Source Awards, when Bad Boy and Death Row artists notoriously took their turns on stage instigating East Coast / West Coast bullshit, Outkast was booed loudly when they won Best New Artist. Talk to any artist from Atlanta, or the South in general, and they can probably recite what Andre said when he got to the mic:

"…I'm tired of folks, closed minded folks...it's like we got a demo tape but don't nobody want to hear it, but it's like this: the South got something to say, that's all I got to say."

CeeLo started off his career by helping to put the South on the map, but from that point forward there wasn't a label that could contain him. He went solo. He was a singer more than a rapper. He started Gnarls Barkley. He pushed genre boundaries, gender boundaries. He wore a wedding dress, he performed as a centurion. He fucked with personas, exploring any influence he wanted to, always chasing something he describes as "primal, turned professional." Rap music is a genre built on borrowing -- collaging bits and pieces from other musical traditions. CeeLo is one of the first hip-hop artists to explore those influences as far as his talents could take him. He didn't let the hip-hop label restrict his creativity and, seeing as how every rapper today is trying to sing to you whether you want them to or not (and how every singer is trying to rap), CeeLo's influence seems to be significant. We talked with CeeLo about what drew him to hip-hop, the origin of his relentless creative drive, and the "terrifying" creative inspiration of Prince.

CeeLo On How Fashion Drew Him to Hip-Hop

"When you see the mixing of those two worlds of Melle Mel and Grandmaster Flash and the Furious Five wearing spikes, in the middle of the Bronx -- they're almost looking like, you know, Modern Day Mad Max...see I never thought that there was anything freaky, or foreign about wearing spikes. There was something strong about it, because when [Grandmaster Flash] said "don't push me" it was like literally…don't touch me…"

CeeLo On Goodie Mobb, Outkast and the rise of Southern Rap

"There wasn't a great deal that anyone could do to oppose what we wanted to do anyway because of who we were. Ultimately, we were defenders of the right to be different...it actually takes more courage to stand out on the world stage and say, "this is me," or "this is a character I want to convey"...and George Clinton came to us very early and christened us the young Parliament Funkadelic. So when we got his stamp of approval, whom else shall we fear?"

"The first step to being great is having great taste. Very early on I was able to identify with what was truly great in terms of genuine article individualism. I mean like fearlessness and bravery, you know what I mean? So you do realize that I'm being really specific and factual when I say: the safety dance. I did the safety dance. Who would say that unless you lived it? "Men Without Hats." I got something out of Culture Club. I hadn't heard Reggae. I heard Culture Club first. And then I went on to Run DMC..."

"You know how they say if your aspirations don't scare you then they may not be worth doing? That's kind of like Prince, in my pursuit of him...Prince scared me and a lot of other people, initially…and quite frankly I've found myself to have the same effect on certain people…Whatever he was talking about, he was serious about it. And you just sort of sit and listen to the narrative of it: "Good evening…you are now boarding the Prince seduction 747 and this plane is equipped with everything your body desires." You feel me? You're listening to a whole play -- his little erotic play. I didn't get the sexuality until later. I got the fanciful part. The thrill of prince."

"There's a picture of him inside the liner notes [of 1999] where he's laying in the bed, and he's drawing something, but the cover is only covering like half his ass. Videos weren't so prevalent then, so I didn't see Prince, but I remembered that picture. And I remember a girl, she was the daughter of our minister when we were kids...She had the picture of Prince in the shower with the cross hanging out of the shower. I remember that, and then the picture of him in the bed halfway covered. You know, I started to put two and two together, but I was too young to grasp the risk he was taking, you know, how provocative that was for a black artist, because quite frankly, nobody had done it since Little Richard. Maybe the midway point between Little Richard and Prince was Sly Stone, but Sly didn't lean on sexuality in that way, Sly was just cool."

CeeLo On Coming of Age With Prince

"'Annie Christian' was a song that just sounded so…there was an evil to it. Maybe it was an innate ability of mine to be able to read or feel spirit off of songs. And I'm like: ok this is genuinely evil. I was wise beyond my years, but I can't make out what the lyrics mean: "Annie Christian / Anti- Christ / until you're crucified / I live my life in a taxicab." With art it can be as absurd as it wishes. But that's what's great, that's the license that art gives you, and for a black artist to be talking, you know, kind of subversively like that, it just pulls you in. But then he could go right to "Do Me Baby" and that it be like, damn, I get it and I understand it. If there's one apparent thing about Prince it's sexuality.

"Darling Nikki"…now that's the one where I had come of age. And this, you know, is associated with all the hysteria of Purple Rain. We were still listening to turntables…the turntable in my cousin's room that you could play backwards. So we're listening to "Darling Nikki," and I'm starting to recall [the minister's daughter] was the first one who had the posters to begin with. So it was her again years later...she was playing "Darling Nikki" again. And it was her song. She definitely was, you know, a church girl, but she found her inner freak listening to Prince. She got what it meant. I didn't know what masturbating in a magazine meant. But what I did identify with was the backwards part in "Darling Nikki" [note: "Darling Nikki" opens with a reverse vocal track.]"

CeeLo On How "Every Artist Wants To Be That Geniously Insane"

"So then I had begun to sort of connect the dots, and I associated that with what evil I felt in "Anti-Christian"…then you had the whispers like "Prince is the devil. He only wears purple…he's short and he wears purple…he's the Devil Incarnate." That was something to say around that time. So I remember being totally terrified by that [opening to "Darling Nikki"]. I have that, it's written into my psyche. And it's a really beautiful piece, harmonically, and it has nothing to do with the content of what Darling Nikki is talking about when you play it forward…Prince is the kind of crazy everybody wants to be. Every artist wants to be that geniously insane…"Annie Christian" was the first song to really just scare me like…goddamn…you know, this is a black guy, you're going to be able to identify with his blackness, for one. I'm a heterosexual man, so I wasn't attracted to him, but he was attractive. And I'm so secure in my manhood, I can say that now and I could say that then. Prince is like a noun. He's like a person, place and thing. He's like a beautiful thing. I can say that I love Prince. He's so strong suited to be exactly who he is."