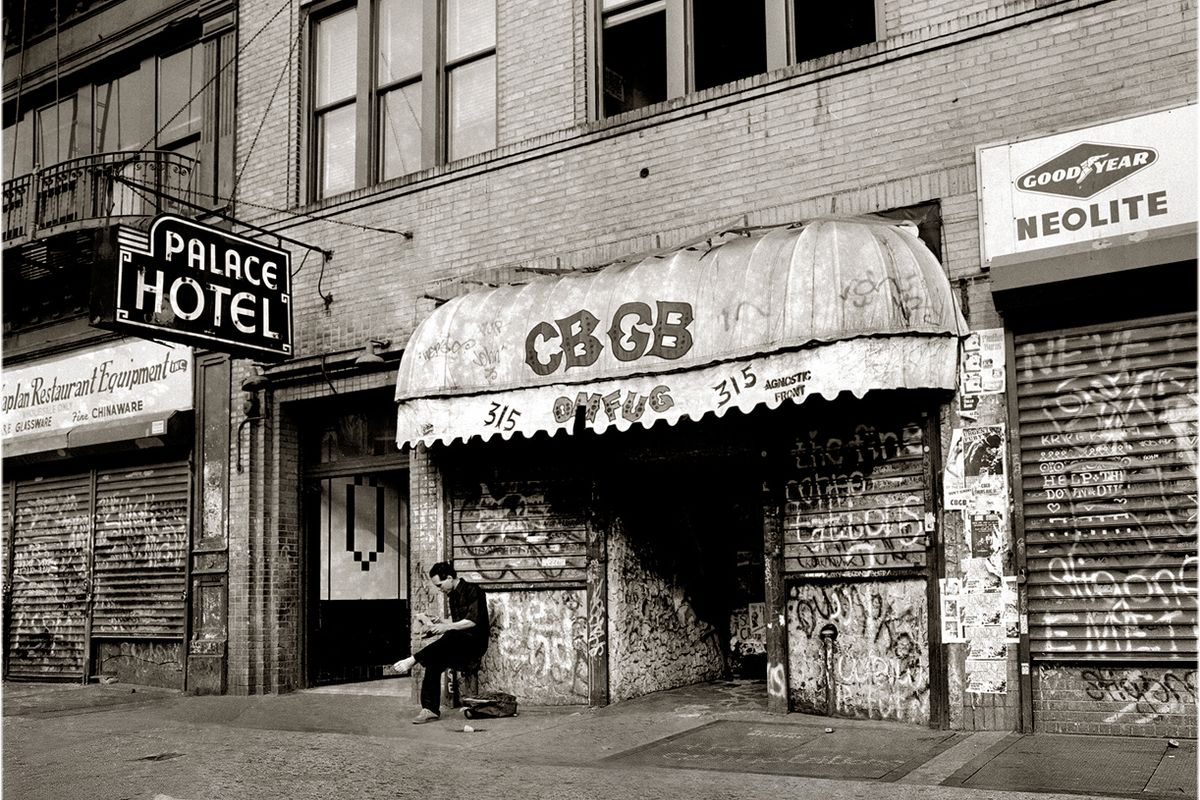 CBGB To Reopen As A Restaurant In The Newark Airport

In the spirit of "every underground cultural landmark is eventually bound to become a consumerist LOLfest parody of itself," let me put the final nail in the "DOWNTOWN IS DEAD" coffin by telling you that CBGB OMFUG is reportedly reopening as a restaurant in the Newark Airport sometime next year. You know, because nothing matters and history is meaningless and punk's been dead for way longer than Johnny Rotten's butter commercial.

Yep, billed as the place providing "American fare in a fun environment recalling the legendary music venue", you too can now pay $42 to eat an overcooked steak beneath a Xeroxed photo of Martin Rev doing shots or something -- a visual that's got us pretty sad, to be honest. Granted, you now have an easy one-stop shop to buy your niece a CBGB-trademarked shirt during your next 5-hour layover, so, uh, stock up and rock n' roll or whatever, I guess. :(