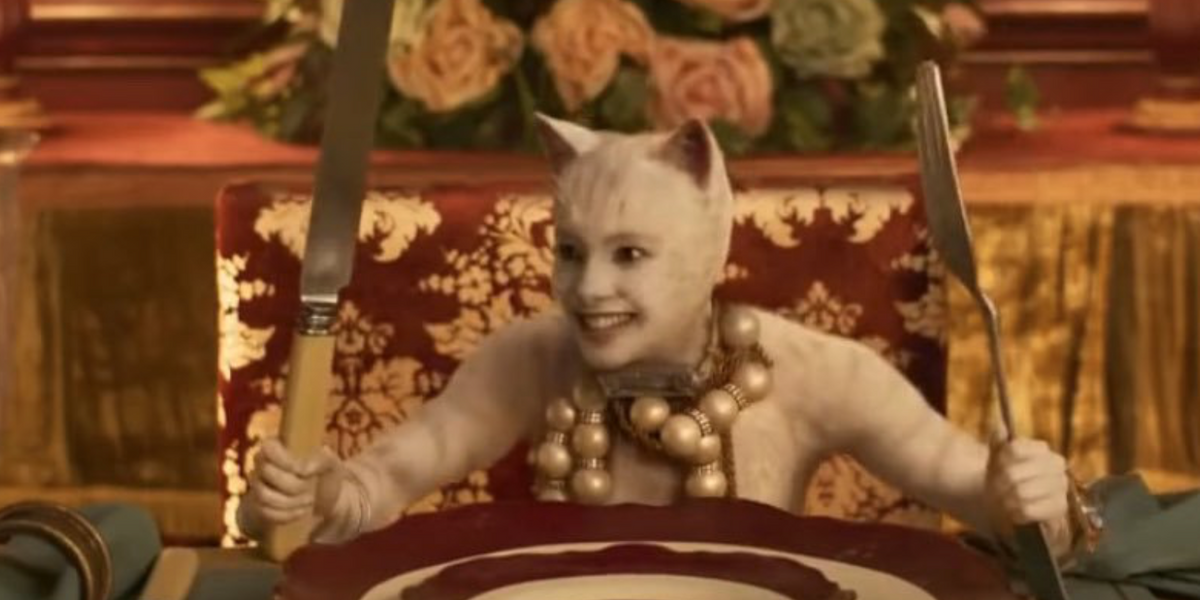 'Cats' Takes on the Woman Yelling at Cat Meme

In a world filled with endlessly exhausting brand Twitter accounts, the social media team behind the Cats movie is doing pretty okay.

From some clever comebacks to decent riffs on current viral trends, it's obvious their team's been working hard — and the proof is in their latest twist on a perennial meme classic.

Earlier today, the Cats account brazenly put their own signature spin on the classic Woman Yelling at Cat meme.

Keeping the infamous Real Housewives of Beverly Hills screenshot featuring Taylor Armstrong, Cats decided to sub the surprised cat react with one of their own CGI felines.

"Here for the turkey and the drama," they wrote, alongside a still of Francesca Hayward's Cats character looking ravenous at a dinner table, "And it looks like we're all out of turkey."

Honestly, it's pretty funny. Check it out, below, and pray for a Taylor Swift-centric meme next.

Here for the turkey and the drama... and it looks like we're all out of turkey. #HappyThanksgiving pic.twitter.com/icR898UhdS

Cats premieres in theaters on December 20.