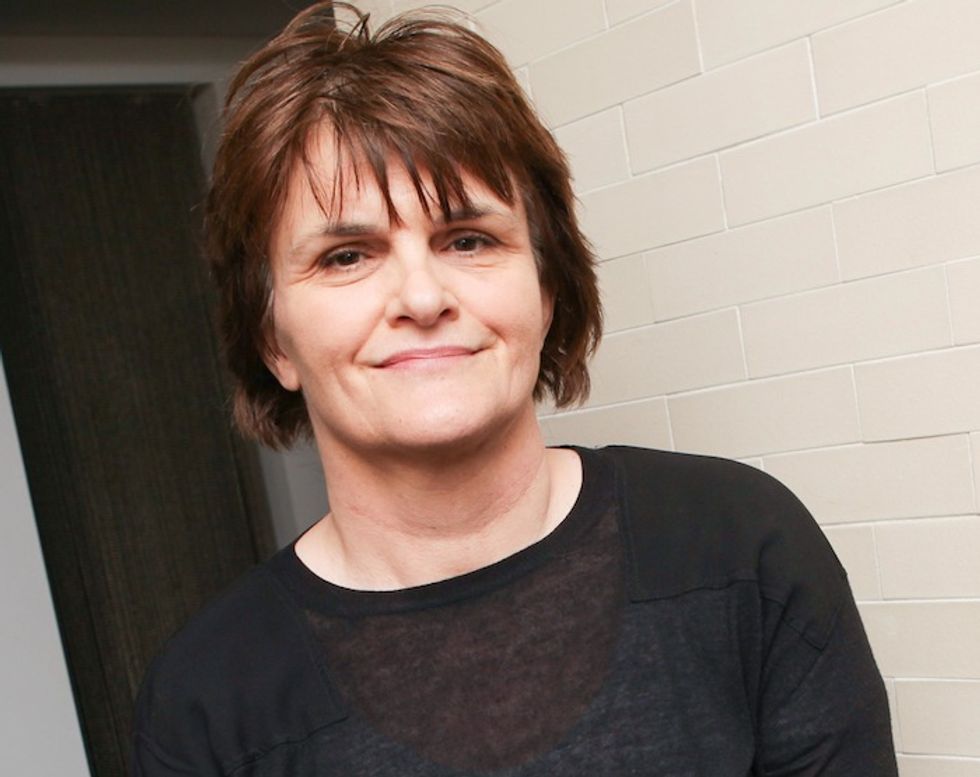 by Mickey Boardman
PAPERMAG
Photo by Angela Pham/BFAnyc.com
Cathy Horyn is one of the most respected -- and feared -- voices in fashion today. She left her position as lead fashion critic at the New York Times a year ago, but she still writes for outlets like Harper's Bazaar and on her Twitter feed, where she often banters with some of her 326,000 followers. Her book Joe Eula: Master of Twentieth-Century Fashion Illustration recently came out via Harper Design. Here, she weighs in on Eula, social media and fashion feuds -- including her legendary online spat with Hedi Slimane.

When Bill Blass and I were working on his book, in 2001, there were a number of people I wanted to interview about Bill. Joe Eula was one. To me, he was sort of a mystical character in the fashion world. I'd always heard his name and, perhaps appropriately, had no idea exactly what he did. He was an illustrator, yes; but I sensed that his career was a lot bigger. And indeed it was. Joe was someone who influenced and inspired others with his taste, modernity, and incredible energy.

After I met Joe, in his apartment at the Osborne on West 57th Street, we saw a lot of each other, and he worked for the Times, illustrating stories for the Tuesday fashion page and also for Amy Spindler at the Times Magazine. The idea to do a book was Melisa Gosnell's -- she was a long-time friend of Joe's. I wanted to get involved because I thought his story was largely untold. It would be fresh to a new audience, and he represented one more significant piece in the large history of 20th century fashion.

Portrait of Cathy Horyn by Joe Eula
On Twitter talk

I really respond to folks on Twitter at random. If their questions are simple and direct (and I have time), then I'm more likely to respond -- as I did with Max Berlinger during the New York and Paris shows. It was pretty spontaneous, and Max kept coming back with quick, offbeat questions. I like what the girls at Man Repeller have to say. Also Garance DorÃ©. Sometimes @hintmag.

I've had issues with a few designers. Some have banned me from shows for a few seasons (or longer) -- Giorgio Armani, Helmut Lang, Carolina Herrera, Hedi Slimane at Saint Laurent. Others have expressed their unhappiness with a heated phone call and gotten it out of their system in one blast (Donatella Versace). Oscar de la Renta of course got mad over my use of the word "hot dog" in a review but later laughed at the whole thing. I did too! Designers are quite competitive and obviously passionate about what they do. I think the vast majority understand a critic's independent role. I once gave Oscar a very critical review -- basically I said he could be doing better and explained why -- and he called to say he appreciated the comments.

When Hedi Slimane took over Saint Laurent, he did not invite me to the first show. There were others not invited as well, stirring a bit of fashion controversy. Of course, with the Internet, any person can see a show, so banning a journalist or a publication doesn't really accomplish much nowadays. And, as some will remember, John Fairchild found novel ways to cover Paris haute couture in the late '50s and '60s when couturiers like Balenciaga banned journalists from the presentations. He was, after all, running a newspaper... After viewing images of Slimane's first show, I did a blog post. Slimane then went on Twitter, saying I was a schoolyard bully or some such. Social media tends to blow up these moments, so that one forgets that the point is to report or comment on the news.
You May Also Like
Internet Culture