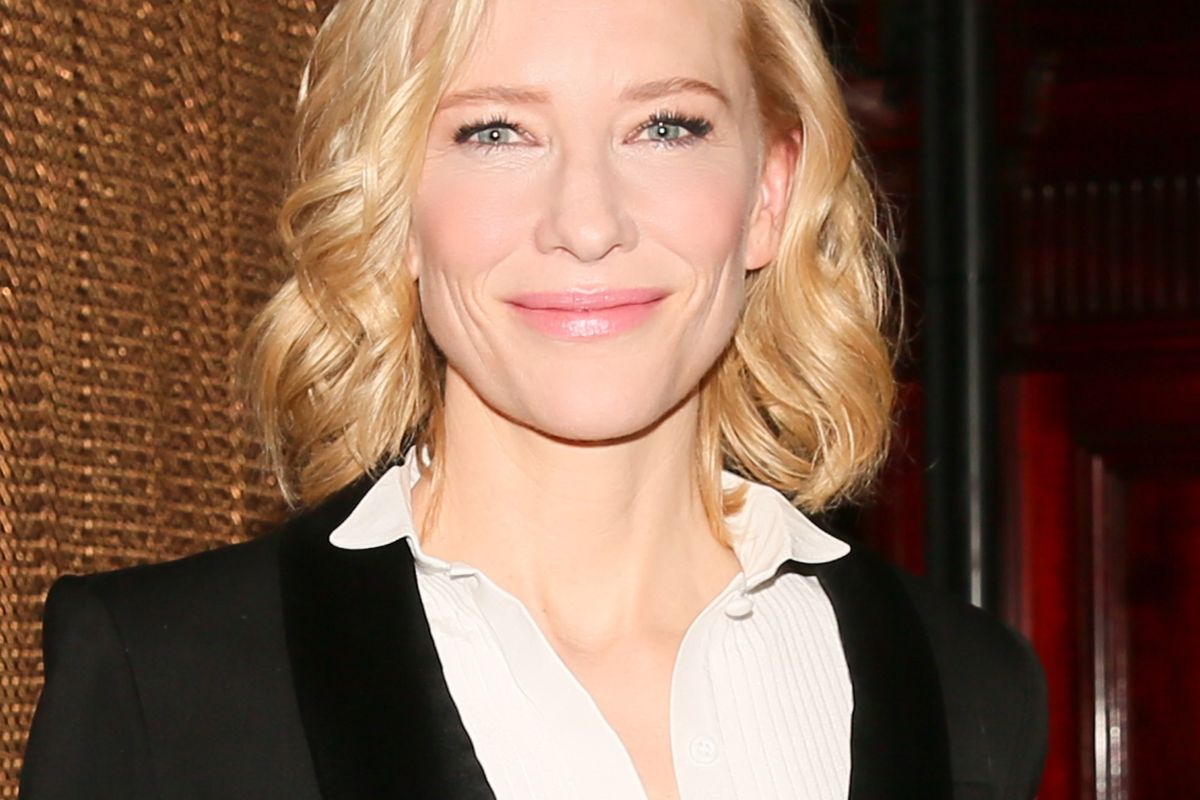 Last night, Cate Blanchett performed alongside legends Margeaux Powell, Aurora Sexton, Vanice Vega, and Zola Powell at a one-night benefit concert at the historic Stonewall Inn. Shining in rhinestones, a blazer, and glitter lipstick, the Ocean's Eight and The Present star lip synced Dusty Spingfield's cover of queer advocate Lesley Gore's "You Don't Own Me". The event was a fundraiser for The Newton Action Alliance, an organization that was "founded by Newtown residents after the tragic December 14, 2012 Sandy Hook Elementary School shooting" and that is committed to ending gun violence.

She later donned a pink pussy hat as a backup performer for any explicitly political rendition of Adele's "Hello" in which Margeaux Powell sang, "Until you listen to us, we'll never leave you alone/ When I call Paul Ryan, he never seems to be home anymore."

Check out the video of her performance and donate to Newton Action Alliance here: