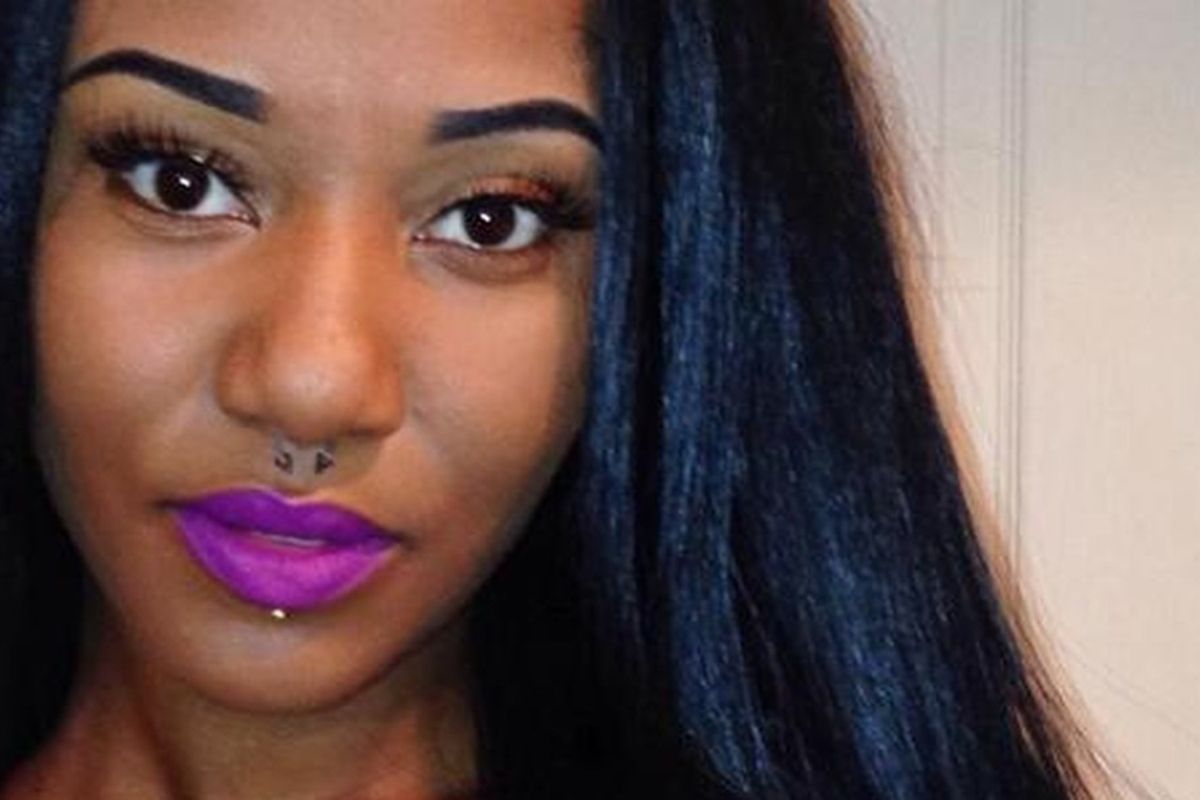 
21-year-old Aziah King -- better known as Zola (aka Twitter user @_zolarmoon) -- rose to Internet stardom late last year with her epic, 100+ tweet saga documenting a Florida trip gone awry that spawned a salient conversation surrounding sex work. And ever since, the Internet has hungered for any inkling of an update. Does she has a book deal yet? (no, but she's "shopping it around"); Has she since spoken to Jess? (short answer: No) and if that rumored James Franco project is happening (it's still in negotiations). As such, we called her up to do a little catch-up on life and talk about everything from taking creative liberties in her tweets to being noticed by Beyoncé to how she's planning to talk to her new child about "the Zola story" down the line.

So how have things changed since the story explode on Twitter? What's your life like now? I also know you're pregnant -- how far along are you?

Yeah, we moved to California -- which we were doing anyway. It was just, I guess, perfect timing. And I'm actually past nine months, she's supposed to be here any day now. As far as things changing at home, it's pretty much the same, but, on the business side of things, now a lot of people want to get to know me, which is kind of shocking.

Right now not so different from before, just because we've been waiting for the baby to arrive -- but once she does we have plans to finally start working on everything. Because that's when show I was telling you about ...wants to start filming. And that's when, hopefully, we have a deal signed with the Franco stuff. Hopefully, that will be our day-to-day and I can finally start shopping myself around, so to speak. Because I did want to shop around a book. I had started writing after all this with the same kind of like writing style that I used on Twitter, because I guess that's what was entertaining.

What other projects are you working on?

There's a [voiceover project in the works], it's sort of like Red Shoe Diaries and Girl Code. Like the part where they're kind of being themselves, being comedians, speaking on different topics. But instead of it being random topics, it's people's actual quote-unquote trap stories. And I'll add my commentary to it.

Yeah, wow. That sounds amazing. Are you concerned about the future? If your child reads Zola down the line -- how would you want to discuss that with them?

What spurred you to post about this in the first place? Did you draft it out and have a planned storyline, so the narrative held up?

No, actually I was just tweeting as I went. I didn't write anything or think about anything. I just kind of came across a picture of [Jess] and myself, and I was like, "I should tell this story." And so I started tweeting about it. And at first I was just telling the story, but since Twitter is so instant, as soon as I would say something, someone would respond with their commentary. Like "Oh my gosh!" or something like that. I was feeding off of that to keep going.

Did you expect the reaction that you got? When was the moment that you knew it was taking off?

No. Like halfway through [telling the story], when I scrolled back down to see what was going on, I couldn't even load my Twitter anymore. Halfway through telling the story I went back to the first tweet and it had like thousands of retweets, and I was like "What? Ok. Wait a second." And then I went to the "popular" page, and it was like number four -- above "ISIS." I was like, "Why is my name above ISIS bombing Syria? What is going on?"

Do you know how the story started picking up steam?

I mean I had a good amount of followers to begin with -- like 10K, so my followers had started retweeting it then theirs' and then theirs'. The celebrities and the Twitter-famous people didn't even see it until the next morning.

That Zola story wild🙀 ended up reading the whole thing like I was watching a movie on Twitter😁
— Missy Elliott (@MissyElliott) October 30, 2015

So has anyone else reached out? Was there a particularly wild celebrity mention you were like "Whoa!" about?

[Missy Elliott]. I don't remember exactly what she said, but it was something like, "What Would Zola Do". Katy Perry [said something too]. And all the major networks like MTV, BET, Complex -- they were all posting it and adding their comments...And then Solange tweeted it, and I just [thought to myself] if Solange is reading it, Beyoncé's reading it. So as far as I'm concerned, Beyoncé read it. And then, Erykah Badu and everyone all followed me.

Speaking of which, what do you think of Lemonade? Did you feel like you should've been in the visual?

I don't know why she didn't call me; I don't understand.


Maybe next time. Moving on though, I know that when the story was first getting picked up, a lot of people were like "Is this real?" How did you feel about people accusing you of making it up? Or were you okay with it because you wanted to take some creative liberty with it?

Yeah, well I keep telling everyone, certain stuff I did add because Twitter's almost-live, you know? So everyone's kind of feeding off each other. And in doing that I did add a couple things, which I cleared it up. I said exactly what did happen and what didn't. I deciphered the tweets, so to speak. So after that there really weren't any more doubts. But at first it was annoying, because...first of all, no one knows what's going to go viral. Like, stupid things go viral all the time. Nobody has no control over that. Secondly, if I was going to just make up a story for fun, why would I use this real girl and this real pimp, you know what I mean? It didn't make sense for them to be doubting anything really.

Right. Simultaneously though, your tweets actually kicked off a really important discussion around sex work -- which is something a lot of people don't like to talk about. What did you think of all those discussion that were happening?

I thought they were great because, like you said, people don't talk about it. I don't know why people kind of act like it doesn't happen. As if since they don't see it, it doesn't happen. But, it does, and there were actually a lot of people who came and started telling [stories about the] things that have happened to them or almost happened to them. So I appreciated that. I felt like that was a good thing that came out of it -- to bring awareness to that topic in general.

Was there a particular story that really struck you?

There have been a couple of girls who have actually just come to me, like one-on-one [via] email or DM to tell me their stories. To kind of confide in me. Like "I've never told someone this, but I want to tell you for whatever reason." One girl actually ... told me in my email [that she had a] kind of similar story. She had gotten tricked into a situation she really didn't want to be in and got out of it. [And the] person who set her up was her mom's boyfriend, which took it to a whole other level. So that story made me feel some type of way for her.

What did your family think of the story, initially? When was the first time they heard about what happened?

I told my friends and family as soon as I got home [from Florida]. It wasn't, you know, a secret at all. But when the story and stuff started happening they were kind of shocked. Once they read it [though] they were like, "Okay. We see why. It's the way you told it that's making people see it as comical when it really wasn't." Because I told them when I first came home and none of us were laughing. [But when it went viral] they had already heard it, so it wasn't new to them. Nobody was shocked. [If anything they were shocked by] how much attention it was getting.

On that note, I'm sure a lot of Twitter eggs came out of the woodwork for this. How did you handle that though? Were you cyberbullied at all and, if so, how did you avoid internalizing it?

Do you believe in oversharing? Do you think the internet has kind of made that a little too easy for anyone? Or is that a good thing?


It's both. I think for the most part it's a good thing. But it can become a bad thing if you're, you know, sharing the wrong things or if you don't so much share the same opinion as others, which a lot of times I don't. And so it's--it can become that kind of thing. Even like a bullying kind of thing. But if it's something that you're cut out for and you don't mind speaking your mind and, you know, putting it all out there, I think it's a good thing.