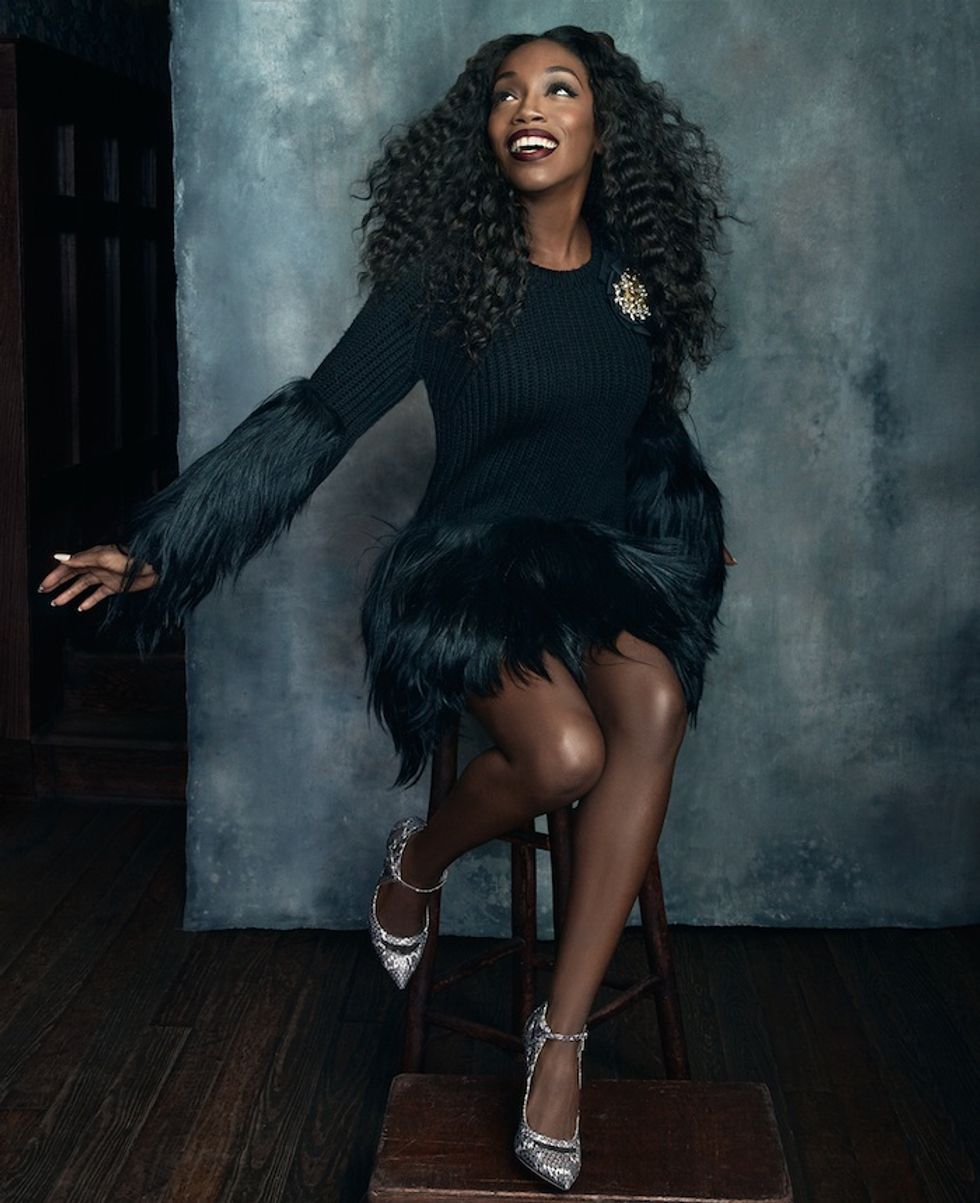 by TenÃ© Young
PAPERMAG
(Photo by Sophy Holland)
On the heels of Estelle's fourth studio album, True Romance (out now via BMG), we catch up with the British singer about her new music and an upcoming cameo on Fox's mega-hit, Empire.

Tell us about True Romance.

I think my world is always about love so I'm always willing to write about it but I'm never sure how -- or what -- it will materialize as. But it's always gonna be about love. I want to make relevant music that means something to you and that's not just a look or a moment but a feeling and a lifestyle.

You're going to be on Empire on March 4th. Can you tell us more about your role?

I play a character that goes out one night and ends up seeing one of the main characters. I go to congratulate him and say, "come cut this record with me." And he's looking at me like, "Do what? Huh? Sure! Alright, I'm here. Let's do it!" I've been in that situation many times. I also get to act in a scene with Terrence Howard.

Do you think Empire is an accurate representation in any way of the music industry today?

Oh, it's so accurate. It's definitely overblown but definitely pretty accurate. Personalities on there, I'm like, "Yeah, I know 'em."

Will you be performing any of your new songs on the show?

We did "Conqueror." That was amazing to perform. God knows for the future.

You can snag a copy of True Romance HERE.