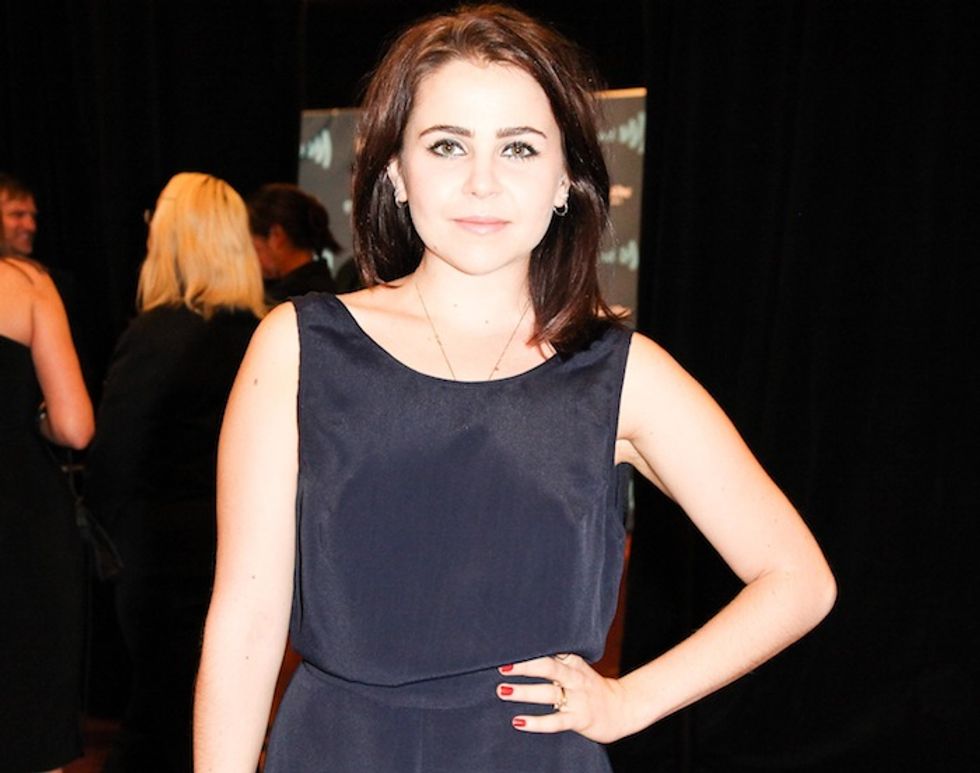 We'd love to see Whitman in the lead as a young woman who moves to Fire Island to reconnect with her father. In our version, we'll first meet Whitman's character when she's working as a sous chef in Austin, Texas at a locally-sourced, Mexican-inspired vegan restaurant. Already burned out from spending hours in the kitchen, Whitman discovers that her boyfriend (who also happens to own the restaurant where she works) has been cheating on her with a trashy hostess who has a snake tattoo on her lower back. In need of a change, Whitman decides to move to the East Coast and reconnect with her father -- whom she hasn't seen since she was a child. She moves to Fire Island where she offers to help develop a food program at her father's bar, comprised mostly of tempeh tacos and mango-spiked guacamole. 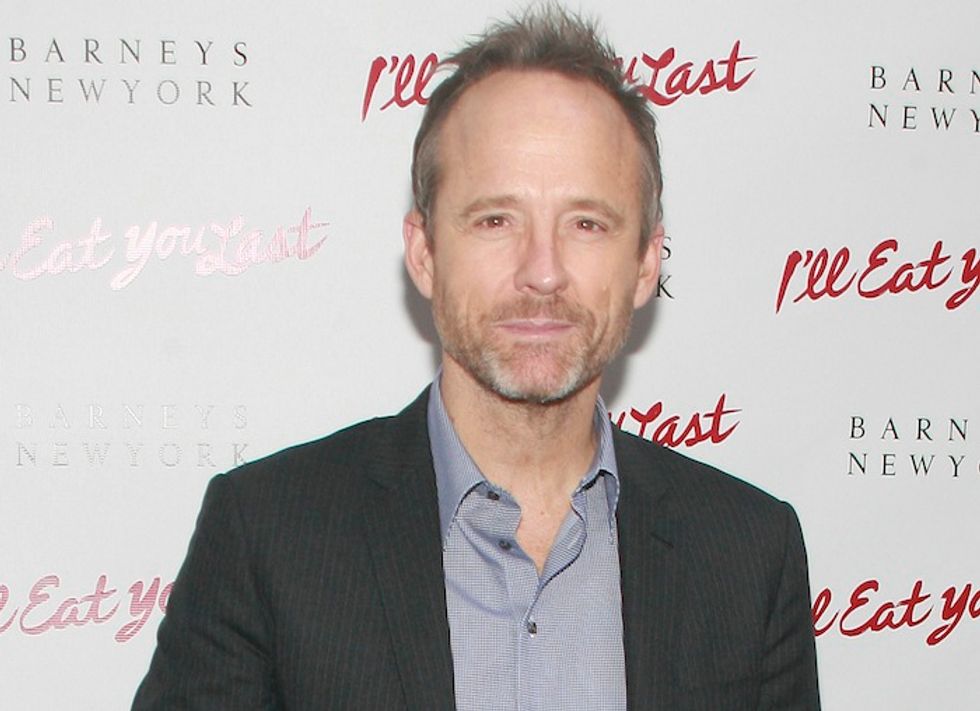 We'd like to see the Tony Award-winning The Normal Heart actor play Whitman's dad, a former commodities trader who realized late in life that he was gay. Having made a bundle in the stock market before the recession, he's now traded in his Wall Street job and moved out to Fire Island where he owns The Stowaway, a high-design surf bar that attracts a mix of Williamsburg boys on the island for the weekend and an old guard of fabulously wealthy men who have been partying in the Pines since the Tom Bianchi era. 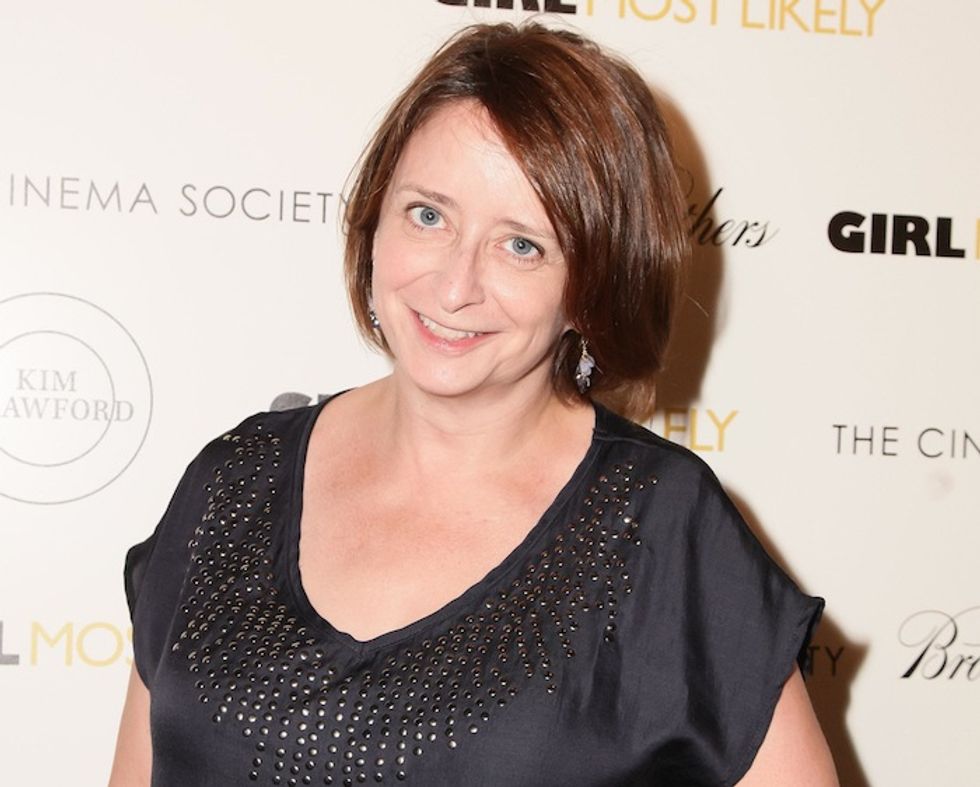 After being ousted by Jane Krakowski on 30 Rock, it's high time that Rachel Dratch got a great part on a Fey-helmed TV show. Dratch's role would come in the form of a Carla Tortelli character -- a wisecracking waitress who doesn't take shit from anyone. In our version she'd be a married, punk lesbian who occasionally stops making quips about the patrons to preach about the benefits of raising young children on a gluten and lactose-free diet. Also, can Cyndi Lauper please make an occasional cameo as her wife? 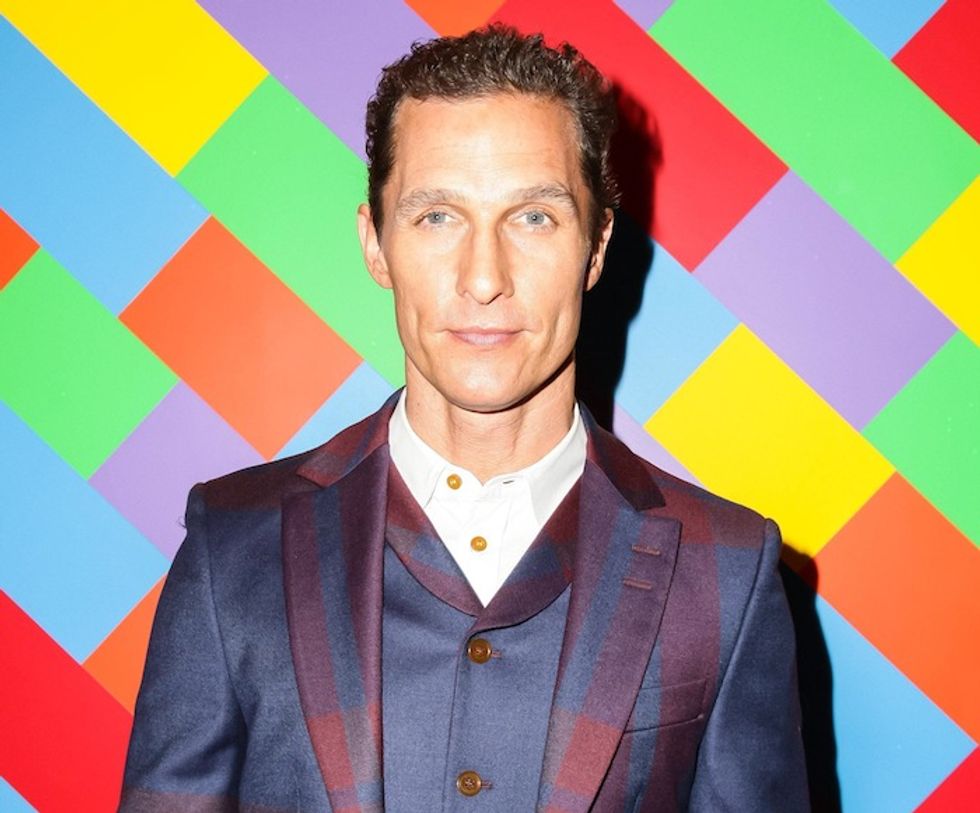 McConaughey's character will be what would happen if Sam Malone fused with Dallas, the actor's awesomely creepy character from Magic Mike. He may appear like a humble man of working class origins who's also a recovering alcoholic, but when midnight hits, McConaughey can often be found dancing in jorts and cowboy boots on top of the bar, pouring tequila into patrons' mouths. He's deeply attracted to a new, snobby bartender (played by Chace Crawford), but simultaneously put off by the young man's pretentious, New Canaan upbringing and the fact that he was once a deeply closeted lacrosse bro at Middlebury. 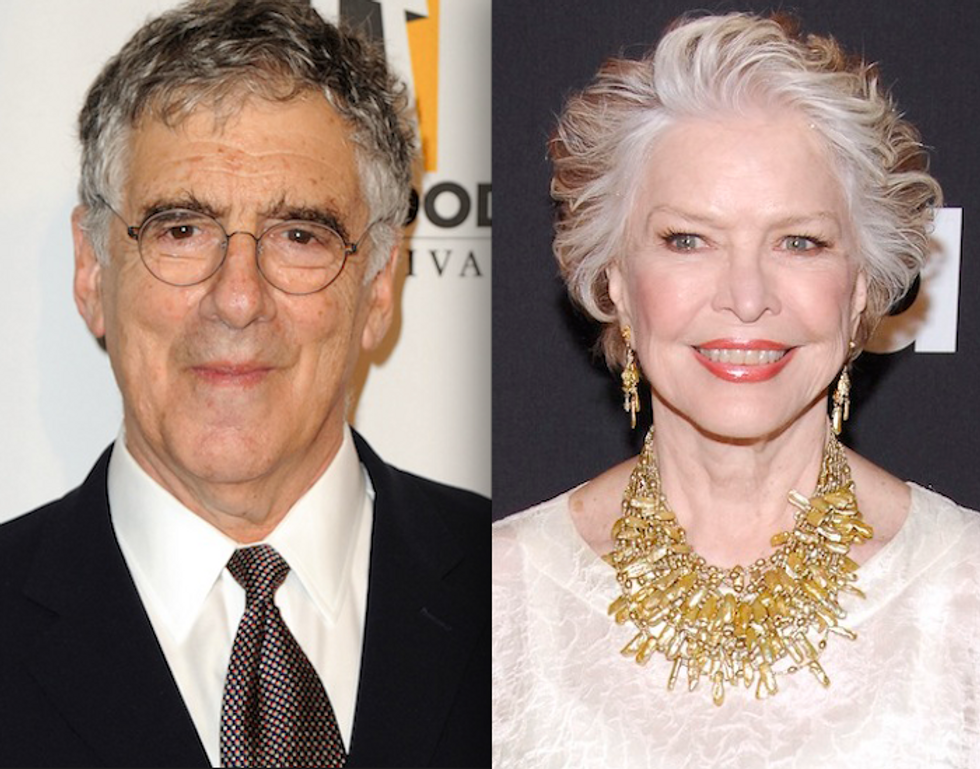 Gould and Burstyn will play a married couple who raised their family in Port Washington before retiring and moving full-time to their summer home in Fire Island. They've had a home on the island since LBJ was in office and have witnessed the, uh, significant demographic changes. They're lovable fuddy-duddies who enjoy heading to the bar at 5pm for a round of Cape Codders. They also attempt to set their single daughter up with every gay bartender in the joint. 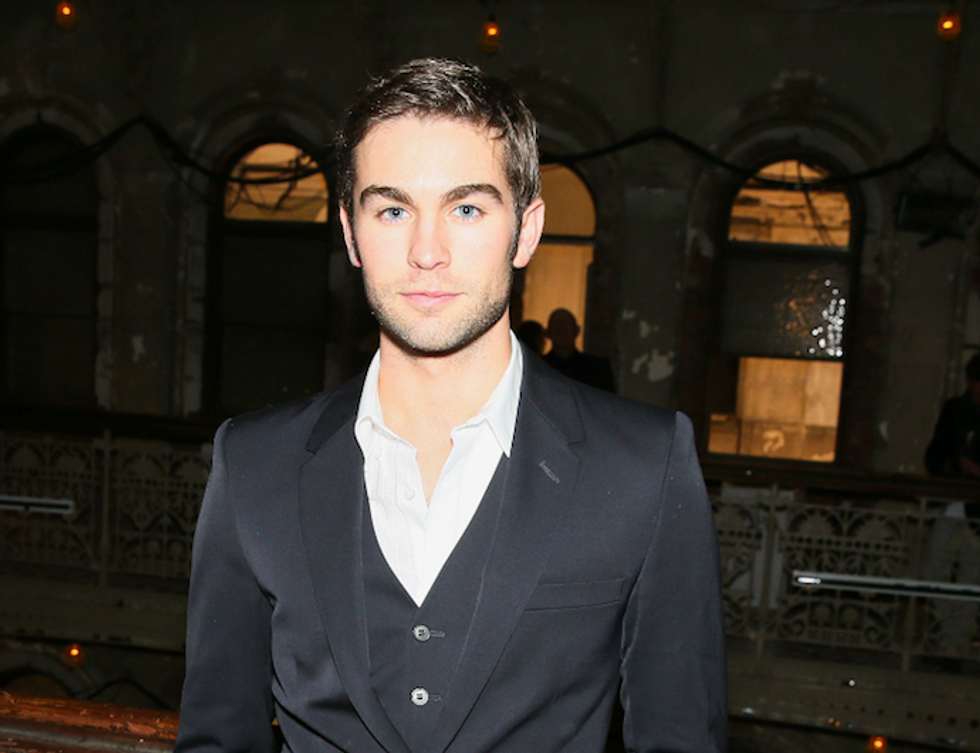 Chace would be great as a haughty, Diane Chambers-esque bartender working under McConaughey. Coming to Fire Island after suffering a minor breakdown in the big city, his WASP-y uptightness would constantly come up against Fire Island's looser, more sexually free environs. We'd love to see a simmering, will-they-or-won't-they relationship develop between him and Matthew McConaughey. Swoons all around. 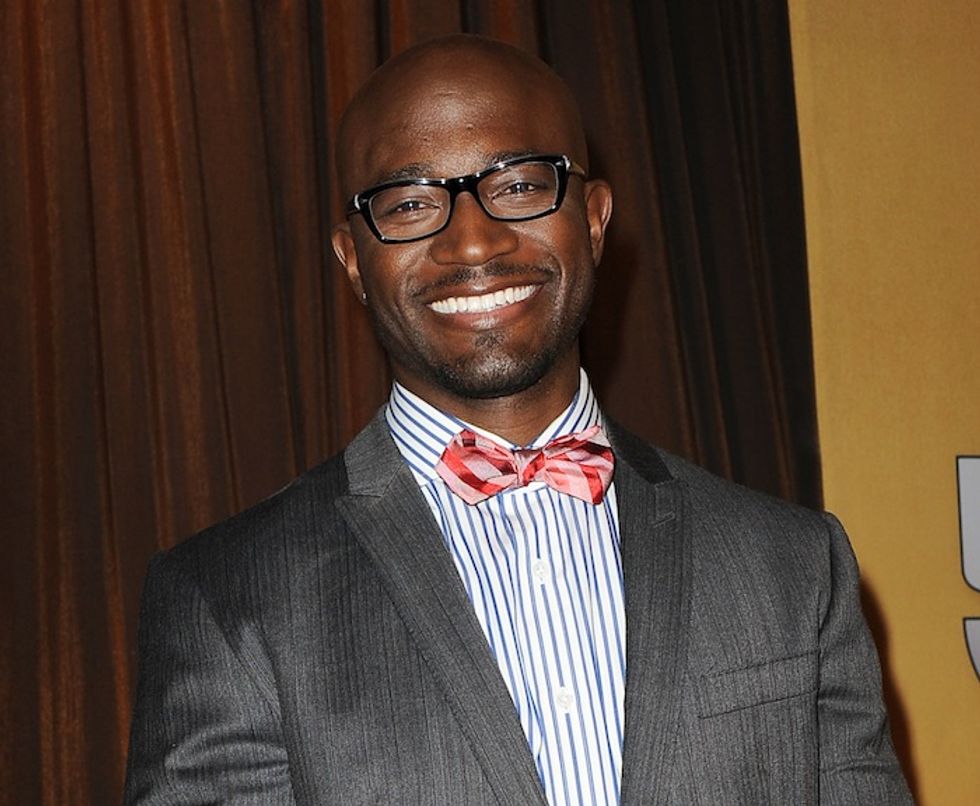 We can see Diggs playing a David Geffen-esque recording industry svengali with a dose of Jack Donaghy's right-wing ruthlessness. When not making record deals, Digg's character will spend time on his other interests, which include buying repossessed yachts and raising Shetland ponies on his massive estate. Digg's character will also be Hickey's foil -- with the bar abutting his property, Diggs will attempt to buy it out so he can expand his estate in order to add a small pony-racing track. 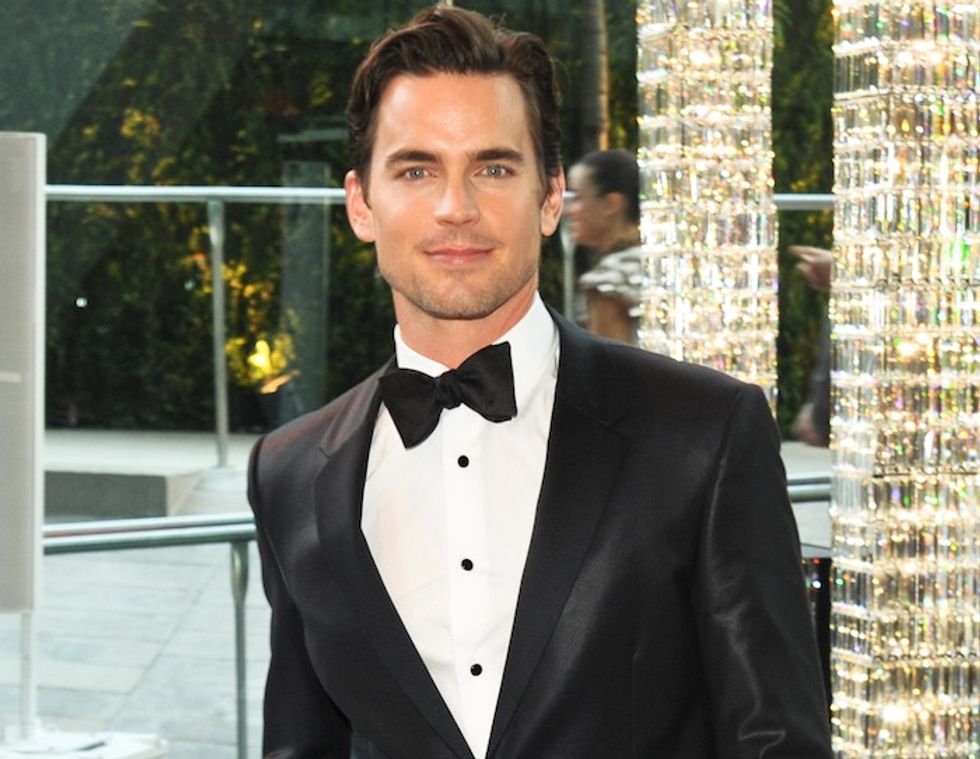