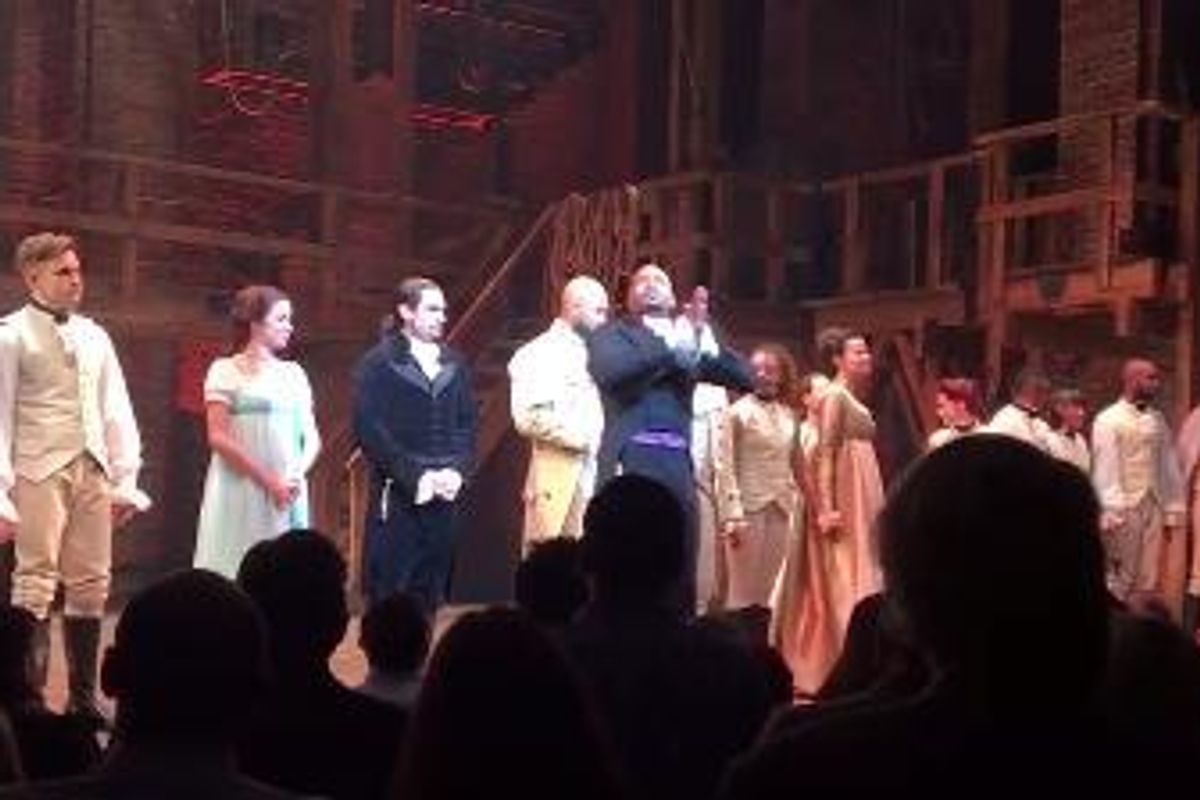 Watch The Cast Of Hamilton's Directly Address Mike Pence, Who Was In The Audience

The white haired hate-monger seemed an interesting choice for such a play, and Twitter took notice:

After the play ended, the cast--led by Brandon V. Dixon--graciously addressed the Vice President-elect, who, at this point, had left the theater. The statement asked Pence to reevaluate his and his superior's beliefs, as well the increasingly frightening people they're amassing for their cabinet; that they may come to accept differences of every gender, gender identity, skin color, sexual orientation, religion, etc.

This morning, President-elect Donald Trump had a few things to say on the matter:

Our wonderful future V.P. Mike Pence was harassed last night at the theater by the cast of Hamilton, cameras blazing.This should not happen!
— Donald J. Trump (@realDonaldTrump) November 19, 2016

Oh hai. My tweet about the Swastika is on @BuzzFeedNews's running tally of racist incidents since the election. Yay? https://t.co/5PReUY4cf2
— Mordechai Lightstone (@Mottel) November 14, 2016

This is downright tyrannical in its implications. Casts of plays, the arts, being asked to apologize by our nation's President for expressing dissenting (and classily conveyed) opinion and pleas for tolerance; not to mention hijacking the term "safe space."

This is what Broadway should be, apparently, to President Trump.