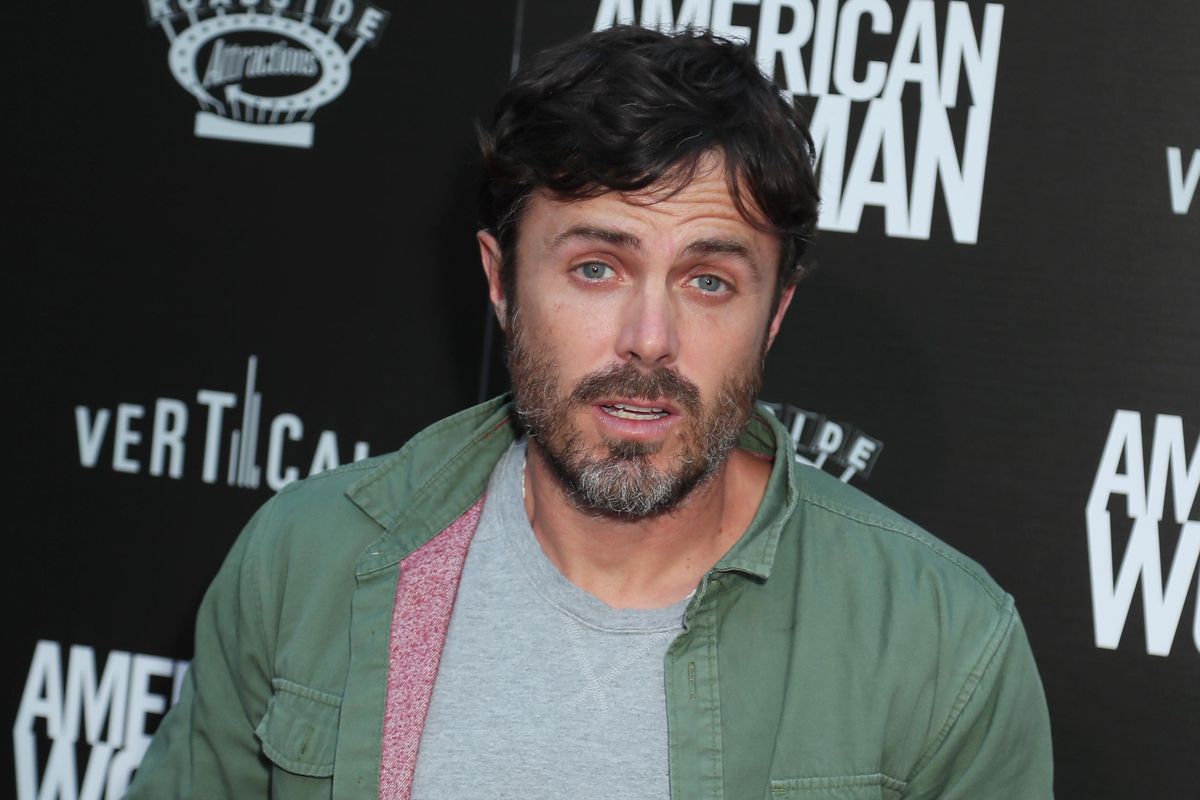 Casey Affleck has denied any involvement in the drama surrounding the life-sized cardboard cutout of Ana de Armas.

Earlier this week, a mystery man was photographed throwing away the infamous cutout outside Ben Affleck's house after it was reported that the couple had broken up. And while many initially believed that the masked culprit was Ben's younger brother, Casey himself has now addressed the speculation in a new interview with Entertainment Tonight.

On Thursday, Casey confirmed to correspondent Rachel Smith that he wasn't the person in the photos, even though he did initially think of responding to the rumor with a joke.

"A bunch of people sent that picture to me, and I was gonna tweet some, like, joke, response or something," Casey said. "And then I couldn't think of one and a joke didn't seem appropriate. And I don't have Twitter so that wasn't going to work. But it definitely wasn't me."

That said, Casey also added that while he has no idea if Ana and Ben are "totally broken up for good," he'd be sorry if it doesn't work out" since Ana is "really, really great." But even so, he also went on to say that he believes "this year has been really hard on people in relationships," before continuing to sing Ana's praises and calling her a "catch."

"It's been challenging to relationships," he said. "And I think that Ana is just the sweetest, funniest, smartest, most charming person. I think she won't have any problems meeting somebody else."

He continued, "I think she's a catch in every way. And I'll be there to carry Ben through it, but I don't think he'll have any problems [either]. My advice to them would be like, 'Yes, think long and hard about it, because quarantine is not fun if you're single.'"