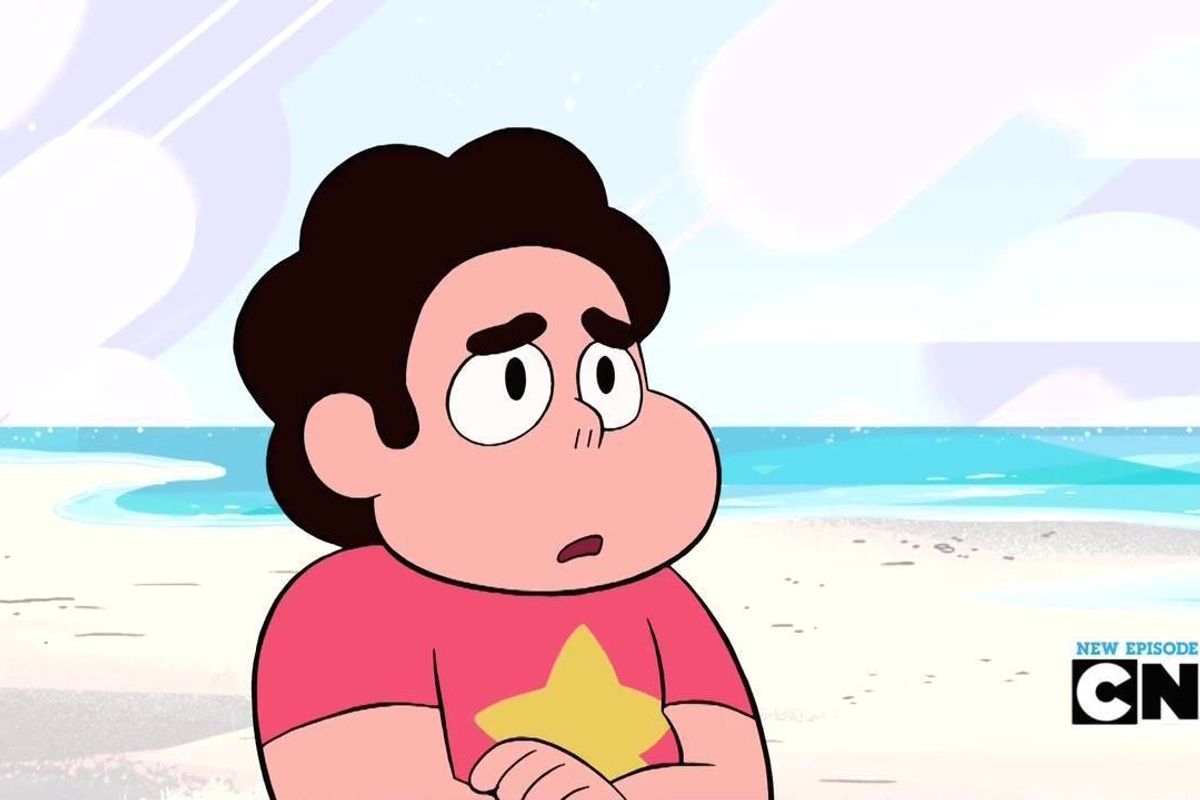 Earlier this week, UK viewers of Cartoon Network's popular (and wonderfully queer-positive) animated series Steven Universe found out that the channel censored a scene from an episode (ironically) titled "We Need To Talk" of two female characters dancing. You know, under the pretense of it not being content "suitable for kids of any age at any time."

Wanna see the "salacious" moment between Rose Quartz and Pearl? Well here it is in its entirety:

What's even worse though is that Cartoon Network UK is continuing to defend their stance, despite online outrage and a petition that (reasonably) points out that heterosexual kissing in Steven Universe and other CN shows are never removed.

However, "We do feel that the slightly edited version is more comfortable for local kids and their parents," the network told PinkNews in a statement, later adding that, "Be assured that as a channel and network we celebrate diversity – evident across many of our shows and characters." Which is...interesting, especially seeing as how the British Board of Film Classification's "Universal" rating specifically allows kissing and cuddling -- and should therefore be okay with a three-second twirl between two women.

"We celebrate diversity," yeah, okay. Whatever.