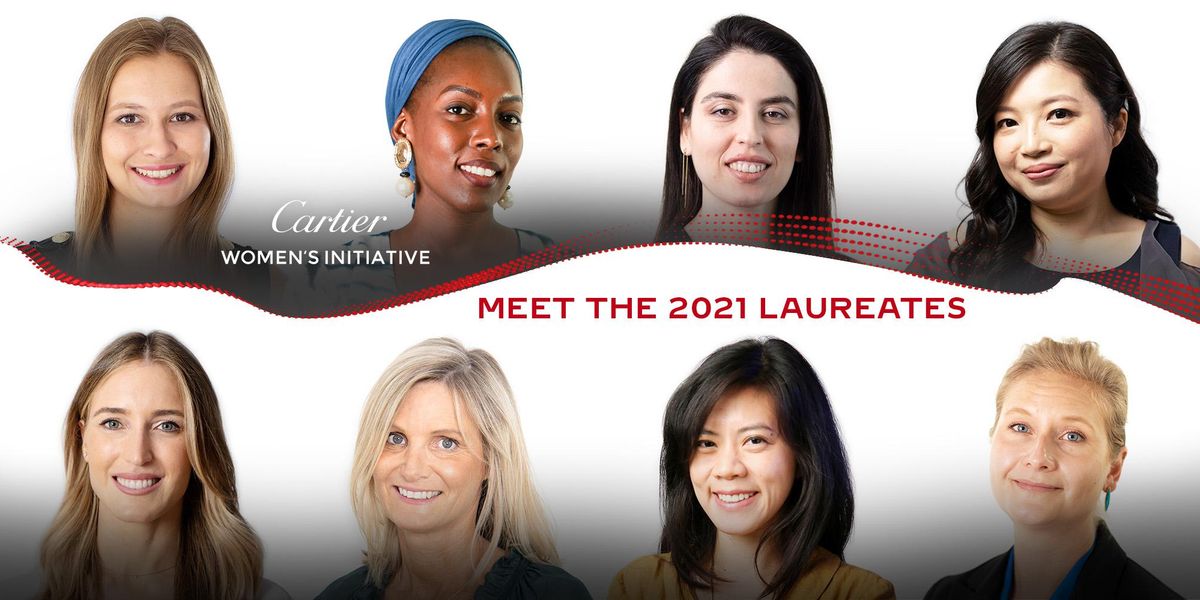 Meet the 8 Women Entrepreneurs Who Received $100,000 From Cartier

The summit concluded with a digital ceremony that announced the eight women chosen as this year's Laureates, all of whom answered to the United Nations Sustainable Development Goals of promoting good health and well-being, reducing inequalities and encouraging climate actions as well as responsible consumption and production.

"During the virtual gathering, like-minded individuals and organizations from all horizons have joined us to explore how we can collectively uplift these outstanding change-makers," said Cyrille Vigneron, president and CEO of Cartier International. "We look to the future with confidence by their side, as we witness them building up a tide of change, thus making the world a better place for generations to come."

The eight chosen women were selected by a jury committee amongst 876 applicants from over 142 countries and will each take home $100,000 in prize money while benefiting from tailored 1:1 training, collective workshops, media visibility and international networking opportunities, as well as the opportunity to join an INSEAD impact entrepreneurship program.

See, below, to learn more about the eight Laureates and their companies.