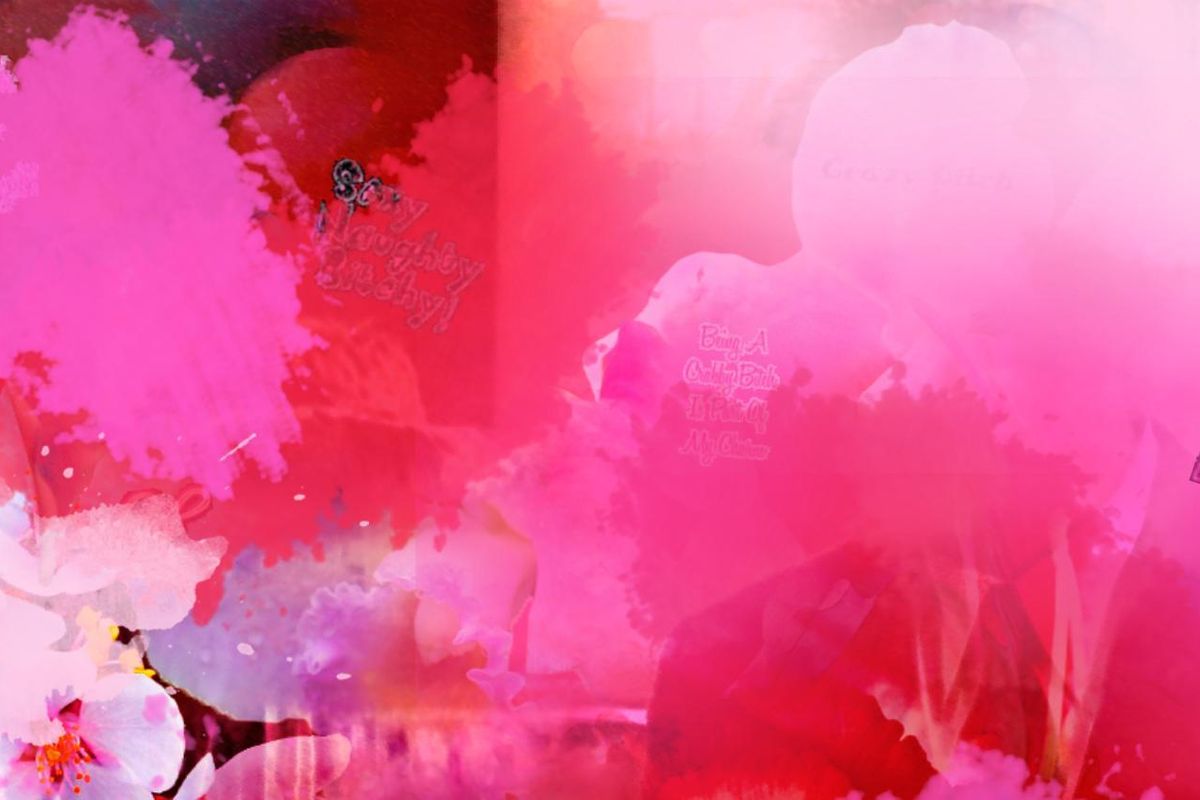 
Molly Soda is a digital artist known for her webcam videos, online performances, and use of glitter graphics. She has recently been featured in publications such as Printed Web and Mossless magazine, both of which are premiering at the opening of the International Center of Photography's new location this month. Soda also co-curated upcoming group show Zero Zero at Annka Kultys Gallery in London, which opens June 29.

Now Molly turns her eye to Sex and the City, a show that still garners responses both beloved and critical -- often from the same person. In a new series of digital paintings, Molly brings the aesthetics of the show into 2016, as though the ladies have been absorbed in a puff of Carrie's smoke -- vape smoke, that is -- and what remains of them is aura.

We talked with Molly about the impetus behind the paintings, the whereabouts of the gang in 2016, and whether she's a Carrie...or a Stanford.

What was the inspiration for this Sex and the City series of paintings? What compelled you to use the show as an inspiration?

I kept seeing Sex and the City screenshots floating around the Internet and I kept reposting them, or saving them to my desktop -- sort of hoarding them, because I felt connected to the sentiments expressed. It started with the screenshot where Carrie is on the phone with Miranda. She's sent an email to Aiden -- trying to win back his affection I believe -- and, being somewhat new to the world wide web, she exclaims, "Oh my god, he's online. Can he see me?" That one really hit me. It's so funny but it's so real.

How are the paintings connected to the show aesthetically -- beyond the quotes in each of them from various episodes?

Sex and the City is such a visually-pleasing show to me -- the outfits, the city, the fantastical "events" they find themselves at. I wanted to take those elements and combine them with my personal touch and sort of bring their world into my world.

Talk about the different layers of the paintings. Where did you start?

I start with the actual screenshot -- sometimes I alter it and sometimes I just simply paint over it, moving things around and obscuring things, while trying to keep a semblance of the original image intact. I never know what it's going to look like when I'm done, which has been a new exercise for me since I usually have some sort of an idea of what my finished product will look like with my other work. Then, once I'm satisfied with the base painting, I bring it into NewHive and add .gifs and more individual brush strokes and moving elements on top.

Are you a Carrie, Miranda, Samantha, Charlotte? Are you more of a Stanford? An Aidan?

My work has never been about "my body" as much as my body has been a tool in creating the work. I'm just using a different set of tools in this series.

The season where Rory and Jess get together. Oh wait, that's Gilmore Girls.

The one where they talk about how all single men are flawed, or have one red flag. In the episode, Carrie finally goes on a date with a man who is seemingly perfect. He leaves her alone in his apartment and she's driven insane by his perfection -- she has to find out just what exactly is wrong with him. She starts to look through his stuff, and he catches her in the act of trying to open up a box, which turns out to be a box of baseball cards. I feel for her and her compulsion a lot in this episode.


my girl wants to by Molly Soda


When did you first watch the show?


The first episode I ever watched...I must have been a tween and I definitely knew I wasn't allowed to be watching it. It was nighttime and my parents were asleep and it was the episode where Carrie starts casually dating a really young guy, and all they do is make out. Then they go back to his house and she talks about him spooning her -- I had NO IDEA what spooning meant, and didn't figure it out for a long time.

Has the show lost anything with time?

Absolutely. I feel far less connected to it each time I re-watch it. The show is extremely flawed, and doesn't read as "subversive" to me at all. If anything, these women are extremely judgmental of any "deviant" sexual behavior and all just have a lot of vanilla sex and eventually settling down with their one "true love." It still follows all of the same tropes of popular romance stories, it just follows it under the guise of sexual liberation. That being said, I fully appreciate the show, and the connections I've made to it, and will continue to watch and feel warm feelings towards it despite its flaws.

Does SATC read as feminist to you in any ways? Why or why not?

Honestly, no. I think it has feminist intentions that sort of just fell short and missed the mark. SATC promotes a very narrow brand of feminism that isn't very inclusive.

In 2016, what are some storylines you would wish for the ladies?

Have you seen the Twitter @bradshawontour ? It's INCREDIBLE. Would love to see new SATC episodes solely based on those tweets.