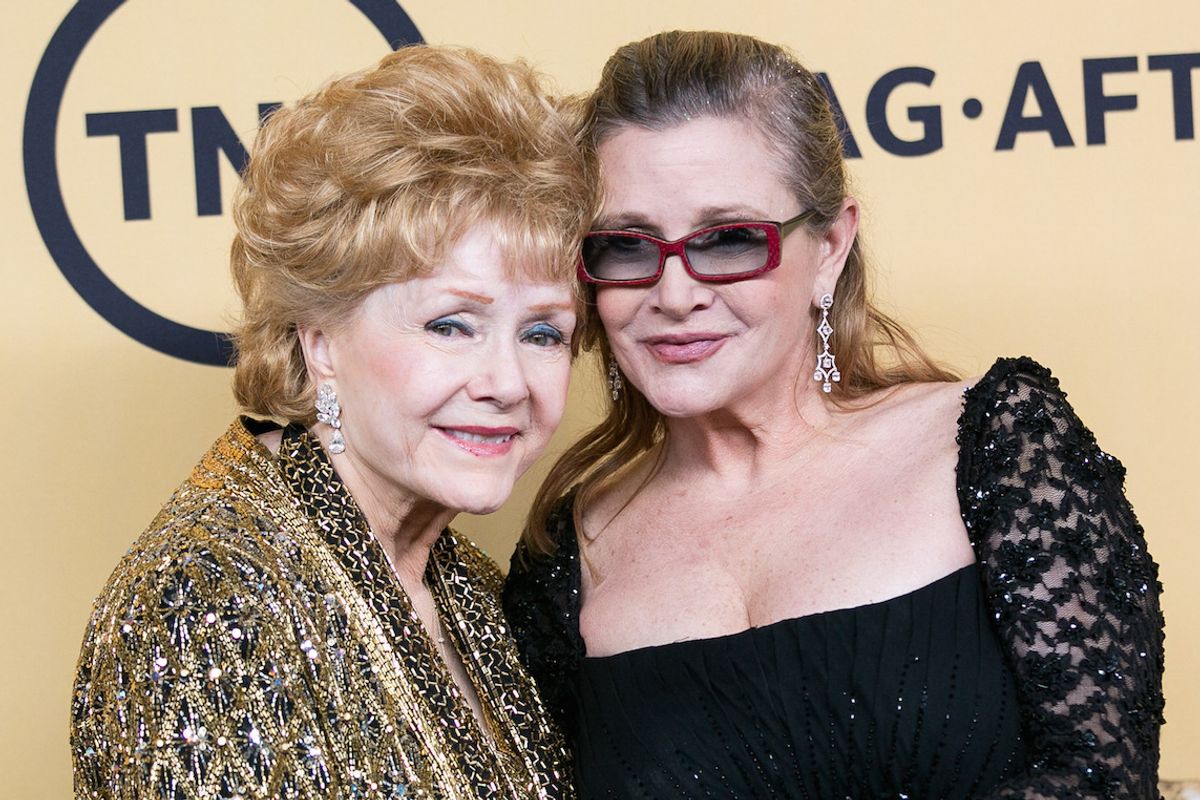 Carrie Fisher's Urn Is Apparently Shaped Like A Prozac Pill

As the joint memorial service for Carrie Fisher and her mother Debbie Reynolds continues at Fisher's Beverly Hills home, Twitter has noticed one glorious, shimmering detail, after a photo of Carrie's surviving brother, Todd Fisher, surfaced:

I can't be positive, but I think Carrie Fisher had an urn made that looks like a prozac pill which is god damn genius of her.
— Cher (@thecherness) January 6, 2017

carrie fisher's ashes were put in a urn in the shape of a pill with the word prozac written on it.

Even in death, #CarrieFisher is an advocate for #mentalhealth. The urn for her ashes is in the shape of a capsule of #prozac. #bipolar pic.twitter.com/mqBFbE6iB6
— Sara Parker (@SaraParker411) January 6, 2017

carrie fisher's ashes in an urn shaped like a prozac pill...if that ain't the way to go out, i don't know what is #theultimatewin
— rhonda (@Missysgirl) January 6, 2017

Some of Carrie's ashes were buried with her mother, Debbie, who was laid to rest today.

Fucking legends. We miss you both.