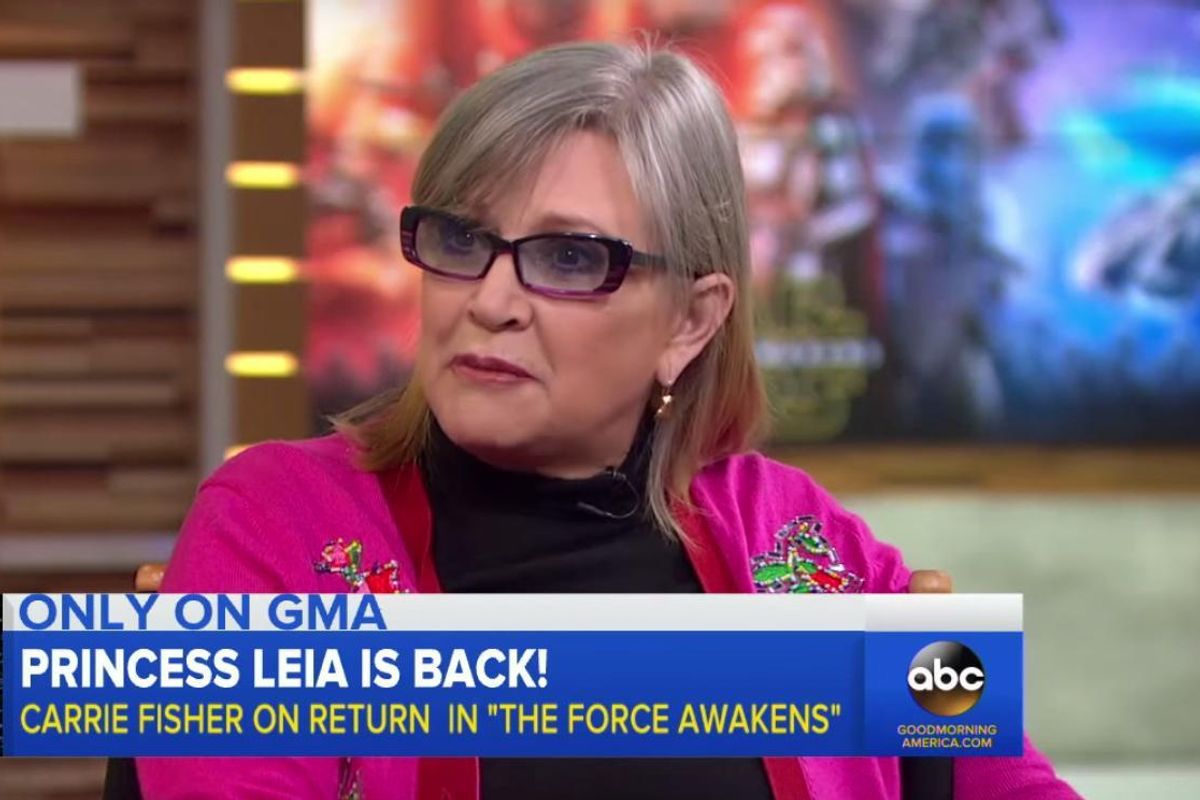 While doing press for Star Wars: The Force Awakens, Princess Leia herself (Carrie Fisher) stopped by Good Morning America, for a quick interview with Amy Robach.

Accompanied by her adorably frumpy French bulldog, Gary (who, of course, got his own seat), the iconic Fisher discussed her iconic role, now referred to as GENERAL Leia in this new entry.

In true Carrie fashion, things got hilarious; so much so, in fact, that Robach could barely form sentences.

While making fun of herself, and the role she could never escape from, Ms. Fisher also managed to zing Hollywood's absurd ageism against actresses over 40.

Bow the fuck down, everyone.

Some of Carrie's best quips from the 6 minute clip:

After being asked if it took convincing from George Lucas to reprise her role:

"No! I'm a female in Hollywood over the age of, let's say 40, and then, we could also say 50. We can say it--not with real conviction, or excitement. You don't have to ask yourself if you want to work at the age."

On mental prep for channeling Leia:

"Well, originally, I got into character, and I never got out again...and believe me, I've tried everything."

On physical prep for General Leia:

"I did lose weight, and I think it's a stupid conversation."

Turning the tables on Amy:

"But you're so thin! Let's talk about it. How do you keep that going on? Do you exercise every day?"

To Amy, again, after watching a clip of herself auditioning for Star Wars at 19:

"I'm 19! Why wouldn't I like watching that? You like it less as you roll along; I can't say that to you, but people who are normal, that have other genes, other than yours...they don't like it as much."

Star Wars should just have Carrie do all the press from now on; it will make even more money than it's projected to.