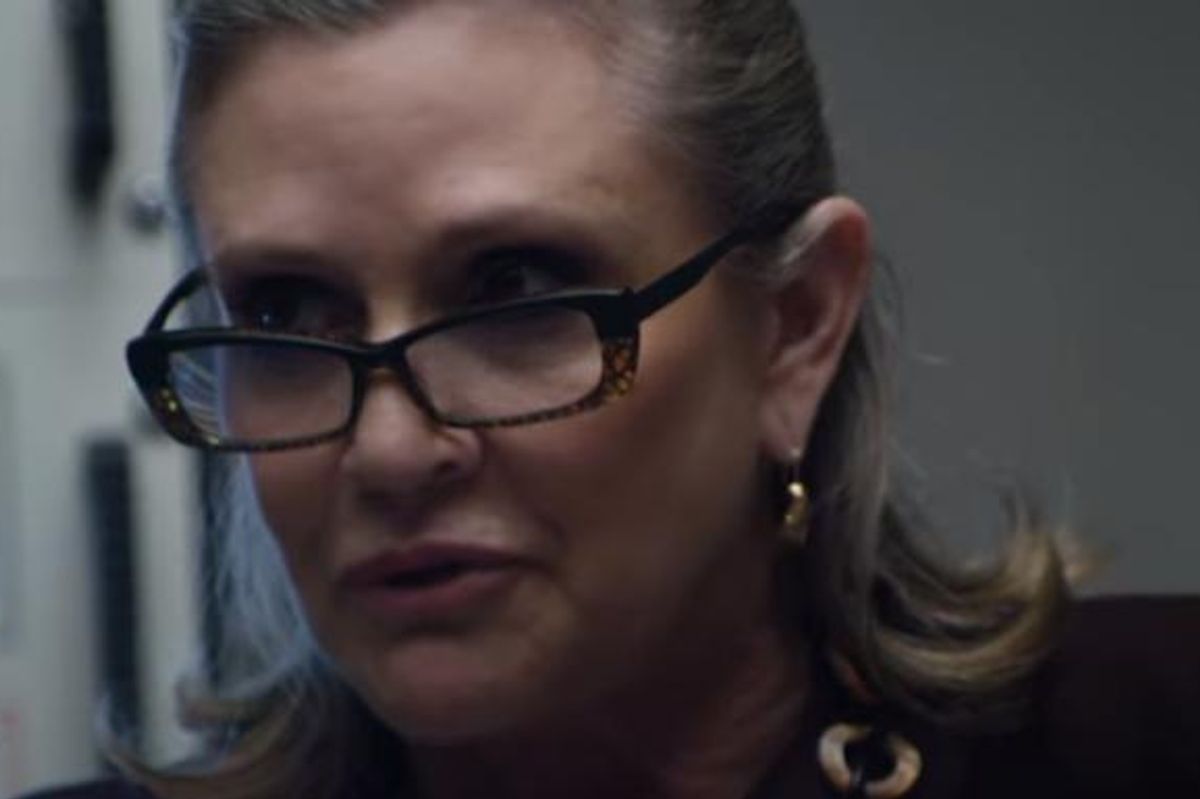 The media renaissance of peerless emerald Carrie Fisher continues, this time with a starring role in an improbably amazing scenario: an IBM commercial.

The legendary actress tries to find a common breakthrough for a crew of increasingly obsolete machines, who are frustrated at their alienation from all us livin', breathin' garbage people.

One robot, a self-described "sinister-world conquering, artificially intelligent robot, is voiced by none other than Steve Buscemi.

Those eyes say it all.

"It's like the world doesn't need as anymore," another depressed AI sighs.

"I invited Watson here today to confront the source of our anxiety," Fisher says as the other robots begin groaning.


Given Fisher's Star Wars legacy, and her candidness about sobriety and mental illness, the ad is true art.

If you ever thought you'd live to see Carrie Fischer and Steve Buscemi in an IBM commercial, today's your lucky god damn day.