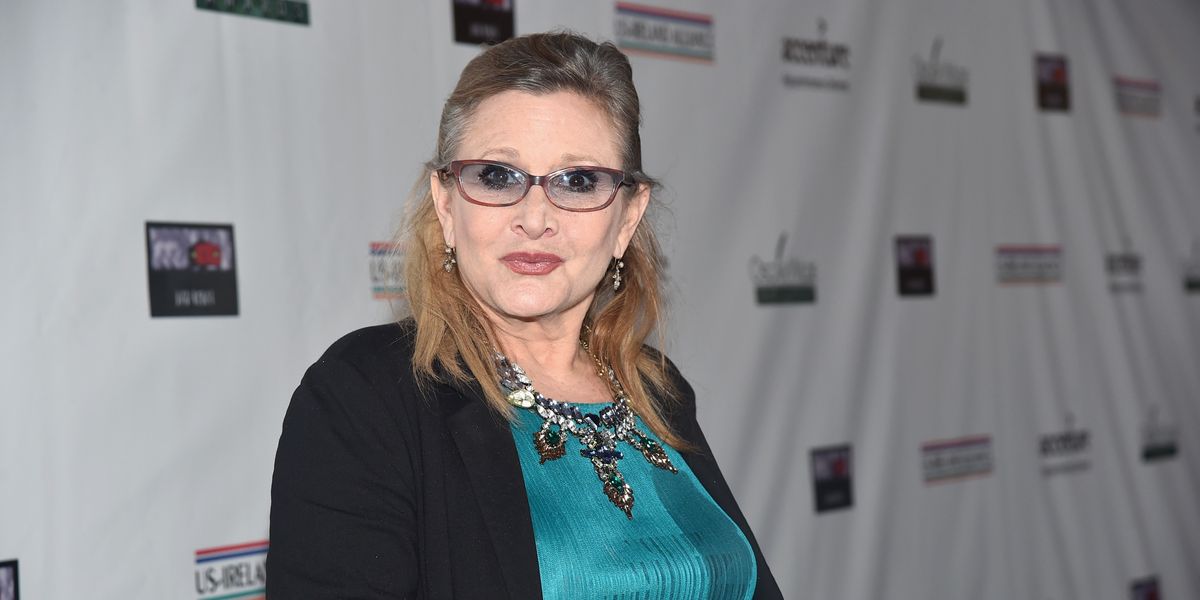 Even after her tragic passing, ultimate bad bitch Carrie Fisher is still schooling us all when it comes to taking the patriarchy down a damn peg. In a new interview with a Tucson radio station, 94.9 MixFM, re: the Harvey Weinstein's rampant abuse of young actresses, longtime friend and film industry veteran Heather Ross recalls her own sexual assault at the hands of a producer — and just how Carrie Fisher came to her defense.

Ross clarified she'd never met Harvey Weinstein, but was also invited to "business meeting" in 2000 with an Oscar-winning producer, only for him to force himself on her when she was in his car. Despite the fact the unidentified man pulled the car over and pinned her down against her seat, Ross managed to escape, and later confided in Fisher about the incident.

Roughly two weeks later, Fisher told Ross she had visited the producer at his studio, knowing "he would probably be there." She brought him a Tiffany box wrapped with a white bow.

"I asked her what was inside," Ross told the hosts, "and she said, 'It was a cow tongue from Jerry's Famous Deli in Westwood with a note that said, 'If you ever touch my darling Heather or any other woman again, the next delivery will be something of yours in a much smaller box!'" I mean, icons only.

Ross also added she didn't think Hollywood protect her because her looks didn't adhere to the traditional standard of beauty the industry is accustomed to putting on screen.

Thank you for everything, Carrie.