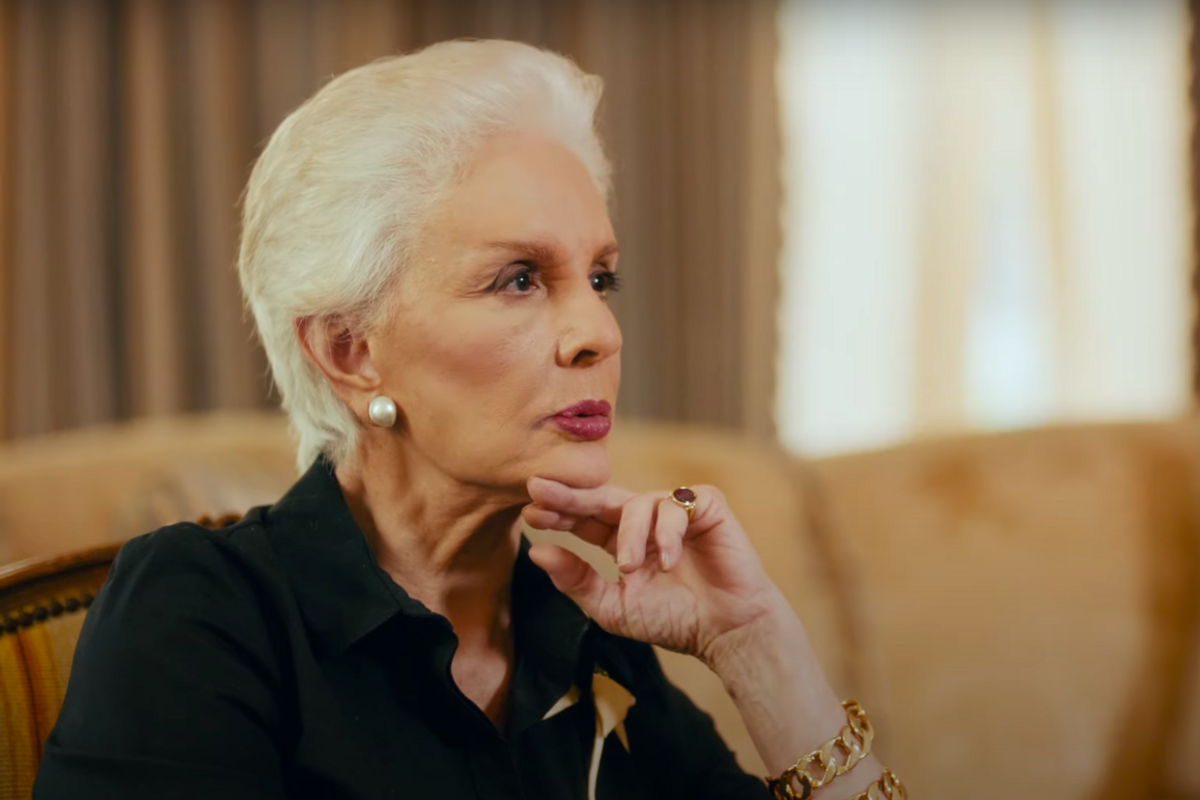 Carolina Herrera Says 'Fashion Has to Have Madness'

For almost four decades, Carolina Herrera ran the ship at her namesake label, known for its dramatic, feminine eveningwear and world-famous perfume bottles. So when the time came for her to step down from her day-to-day design duties in 2018, creative director Wes Gordon was the natural pick to fill her shoes.

By then, Gordon had put his eponymous label on hold and was already consulting for the luxury fashion house. Still, stepping in as the successor to one of the most recognizable faces in American fashion can be a nerve-wracking experience for any talented designer, as Gordon revealed during a video interview with the founder herself.

Related | The Most Noteworthy Collections From the Resort 2021 Season

"When I started at Herrera, the first day I came to meet you I was so scared and so nervous!" he explained. "There's a very special place in my heart for the house you built. I feel like the luckiest person in the world to work for [this brand.]" As the video shows, the sense of admiration and respect goes both ways, with Mrs. Herrera (as Gordon calls her throughout) gushing about his talent and designs.

The unscripted 16-minute clip, titled "The Conversation" and directod by Lisa Immordino Vreeland, offers a rare glimpse at the minds of two generations of American fashion fixtures with some delightful tidbits of Mrs. Herrera's early days and interactions with Diana Vreeland, Andy Warhol and Robert Mapplethorpe.

"The Conversation" is comprised of four chapters including Fashion Is Magical, I Love New York, Life Is in the Details and House of Herrera. It was shot this August in the gilded Manhattan home of Mrs. Herrera and was released this morning as part of New York Fashion Week's digital programming. Her Summer collection, which would have been shown today, will be released at a later date.

"Over the past three years, I have had the opportunity to know Carolina Herrera in many different capacities," Gordon said in a statement. "The Designer. The Mentor. The Icon. But the one I treasure most is my Friend. While she may not love the camera, the camera adores her. In a moment when New York City and fashion need magic more than ever, I wanted to sit down with my friend, Mrs. Herrera, and let her share her wisdom and optimism."

See the full film, below.