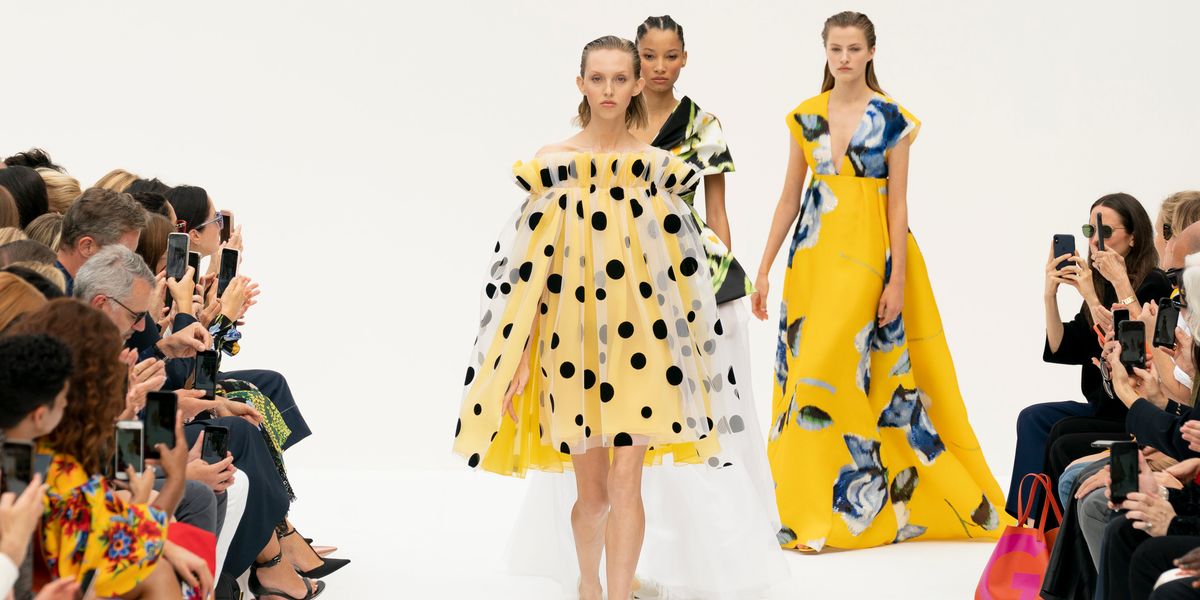 For Wes Gordon's third runway collection at Carolina Herrera, he incorporated some familiar design signatures longtime fans of the house will recognize. Crisp white shirts were paired with floor-length skirts in the first couple of looks (a classic Herrera silhouette that the founder herself sports often.) Gordon's sensibility came through in the beautiful, blown up abstract floral prints inspired by the Californian wild flower superbloom. Against the blank canvas of the white runway, these vibrant looks were captivating and made for instant social media fodder. After sending out a series of polished daytime looks, Gordon concluded the show with more of the evening gowns and cocktail dresses the brand is known for. Here's everything else to know about the Spring 2020 collection.

The crisp white shirt is classic Herrera, but Gordon utilized abstract, stunning floral effects on belted skirts that looked new and fresh. He was inspired in part by the superbloom in California, which formed the basis of the colorful prints.

Gordon approached cocktail attire with a series of off-the-shoulder minidresses in big, poofy sleeves or ruffled bodices. They're fun, flirty, and unmistakably spring.

Even though the brand made its reputation for its ball gowns evening attire, Gordon made sure not to ignore daywear. Polished shirt-dresses and separates were casual and daytime-appropriate enough without losing its precious sensibility.

Gordon's playful use of polka-dots still managed to look luxurious and fresh. The best example of this was a shirt dress with polka-dots applied in different proportions and scales.

The finale looks consisted of gowns and floor-length dresses in spring-friendly colorways and prints. One could easily picture a women wearing these to a garden party or gala benefit equally.