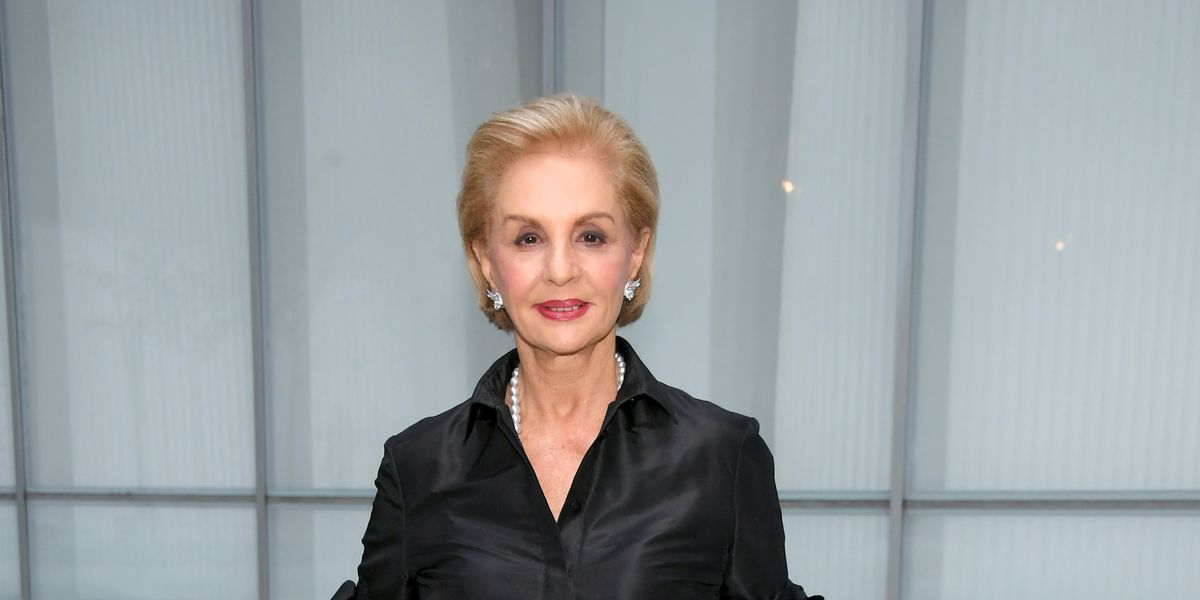 Working in collaboration with the brand's creative director Wes Gordon, Herrera's initial lineup will include lipsticks and compacts, each packaged in thoughtfully-designed cases that almost resemble and can "double as jewelry."

"Because fashion was the starting point, we started to imagine the line as a collection of ready-to-wear pieces rather than traditional keep-it-on-your-vanity or hidden-inside-your-purse makeup," Gordon told WWD. "Mrs. Herrera is a big fan of vintage jewelry and has the most amazing collection, so that in part sparked the idea of mimicking precious objects for the design. We wanted each product to double up as something eye-catching that you could wear and have a conversation piece at the same time."

Debuting in mid-March, the new range includes 36 shades of lipsticks: pinks, berries, reds, corals, browns and nudes. Each will be available in sheer, satin and matte. All formulas are paraben-free. The compacts also come in eight shades along with "a universal mattifying powder and an illuminating cream-to-powder highlighter."

The colors and textures have been formulated to work with every skin tone, which is also why the lipsticks will include variations of red undertones, such as orange red and blue red. Additionally, the lineup comes with a selection of tassels and charms. The lipsticks that are shaped like a pendant, will include a gold-colored ring that will serve as a clip-on for a handbag. Likewise, the compacts too will feature ring-holders with a beetle adornment.

"Everything is conceived as an object of desire," José Manuel Albesa, president of brands, markets and operations at Puig, owner of the Carolina Herrera brand told the outlet. "There is not any single sku which is generic."

If you're hoping to grab the collectible range once it's out, rest assured it's going to be at a high price point. The expected retail price in Europe for the lipstick line ranges from 14 euros for a charm to 20 euros for a cap, 29 euros for a refill and 85 euros for the lipstick with charms, bangle and a tassel. For the compacts, the prices start at 10 euros, while a metal base is 32 euros and a full compact is 80 euros.

The line will debut on London-based Harrods' e-commerce sit on March 15. It will also be available in Harvey Nichols Kuwait starting March 25.