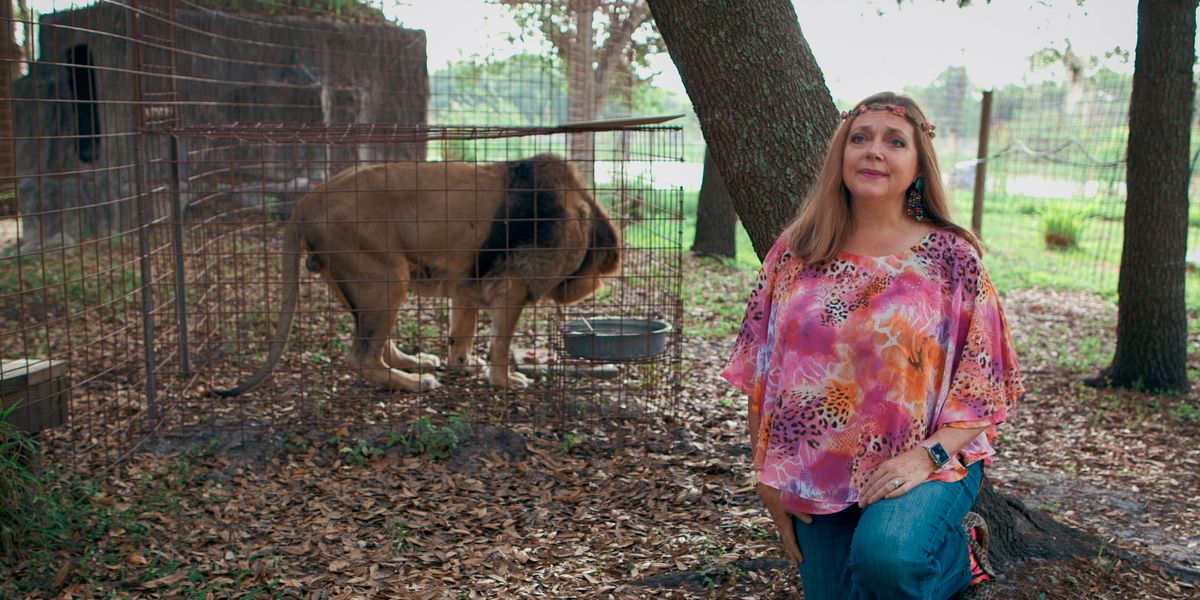 The family of Don Lewis, Carole Baskin's missing former husband, made sure that the 59-year-old's first episode of Dancing with the Stars wasn't the typical, celebratory affair. During a commercial break, an advertisement aired starring Lewis's family, asking for anyone to come forward with information about the man's disappearance for a $100,000 reward.

At just 30 seconds, the clip — which features Lewis's three daughters Gale, Lynda and Donna, along with former assistant Anne McQueen and family attorney John Phillips — doesn't go into explicit detail about accusing Baskin of having something to do with his disappearance — an accusation that Netflix's Tiger King star Joe Exotic has stated in the past. But at the end of its public plea for help, Phillips does suggest that she knows something about what really happened.

Oh my goodness. Don Lewis' family just ran an ad on ABC before Carole Baskin's Dancing with the Stars segment: “Don Lewis mysteriously disappeared in 1997...Do you know who did this or if Carole Baskin was involved?" pic.twitter.com/K6Ph51RAeU
— Tim Hogan (@timjhogan) September 15, 2020

"Don Lewis mysteriously disappeared in 1997," Phillips said. "His family deserves answers. They deserve justice. Do you know who did this? Or if Carole Baskin was involved?"

Related | Carole Baskin Is on Cameo

According to TMZ, Baskin was informed about the commercial just ten minutes before she went out on the dance floor. "And you can see that it did not keep me from bringing the best performance of my two weeks of learning," she said.

Upon his disappearance in 1997, Lewis left over $5 million in assets to Baskin. The circumstances surrounding his disappearance were the subject of an episode of Tiger King in which Exotic alleged that Baskin was responsible for what happened, and possibly fed her ex-husband to her tigers. She has denied any involvement.