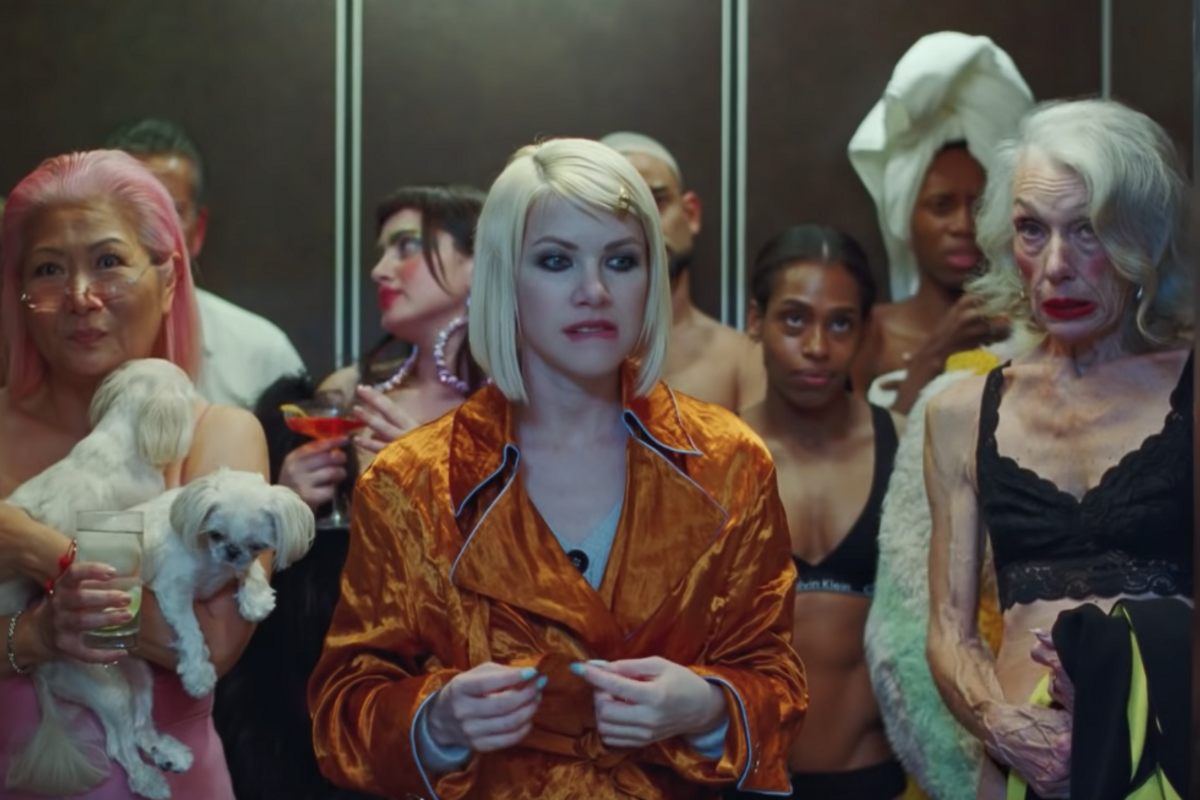 Queen of Bops Carly Rae Jepsen Drops 'Party For One'

After teasing the song just days ago, Carly Rae Jepsen is "back on her beat," and she's ready to party — even if she has to do it alone.

The Emotion singer has released her first official single of 2018, "Party for One," a fluttery anthem for the newly single. The song is littered with Carly Rae's signatures — floating vocals, an upbeat chorus, and a fiery message: "If you don't want my love, if you don't care about me, I'll just dance by myself — back on my beat."

The accompanying video, directed by Troye Sivan's "Bloom" visionary, Bardia Zeinali, takes place in a dirty hotel that stocks way too much Absolut in its minibars. Jepsen pays homage to Gwyneth Paltrow in a Margot Tenenbaum-inspired look and walks defeatedly to her room, until she lets go of recent breakup woes and decides to order Postmates and dance all over the room in her underwear. We can relate, Carly.

The video features a diverse cast of partiers, including an array of LGBTQ+ pop culture icons. Vine star Parker Kit Hill makes an appearance while eating spaghetti in a bathtub, and "Cut to the Feeling" superfan Mark Kanemura struts around his room in a blonde bob similar to that of Jepsen's.

The song has an undeniable queerness about it, despite it being a breakup song. Jepsen has long been an ally of the LGBTQ+ community. "Party for One," as well as her previous releases, like "Run Away With Me," represent the independence and self-love that queer people encapsulate. Jepsen's song "Cut to the Feeling" was featured in Season 10 of RuPaul's Drag Race as a Lip Sync For Your Life Song. The song then went viral back in June after Kanemura posted a video of himself to Instagram, lip syncing the song while tearing away an assortment of rainbow wigs to the beat of the track, culminating in an eruption of wig confetti.

Today's release is ahead of her November 5th performance on The Tonight Show Starring Jimmy Fallon and an upcoming album. Jepsen says that the first single "represents a lot of what this album is about," which for her is "romantic love but self-love too."