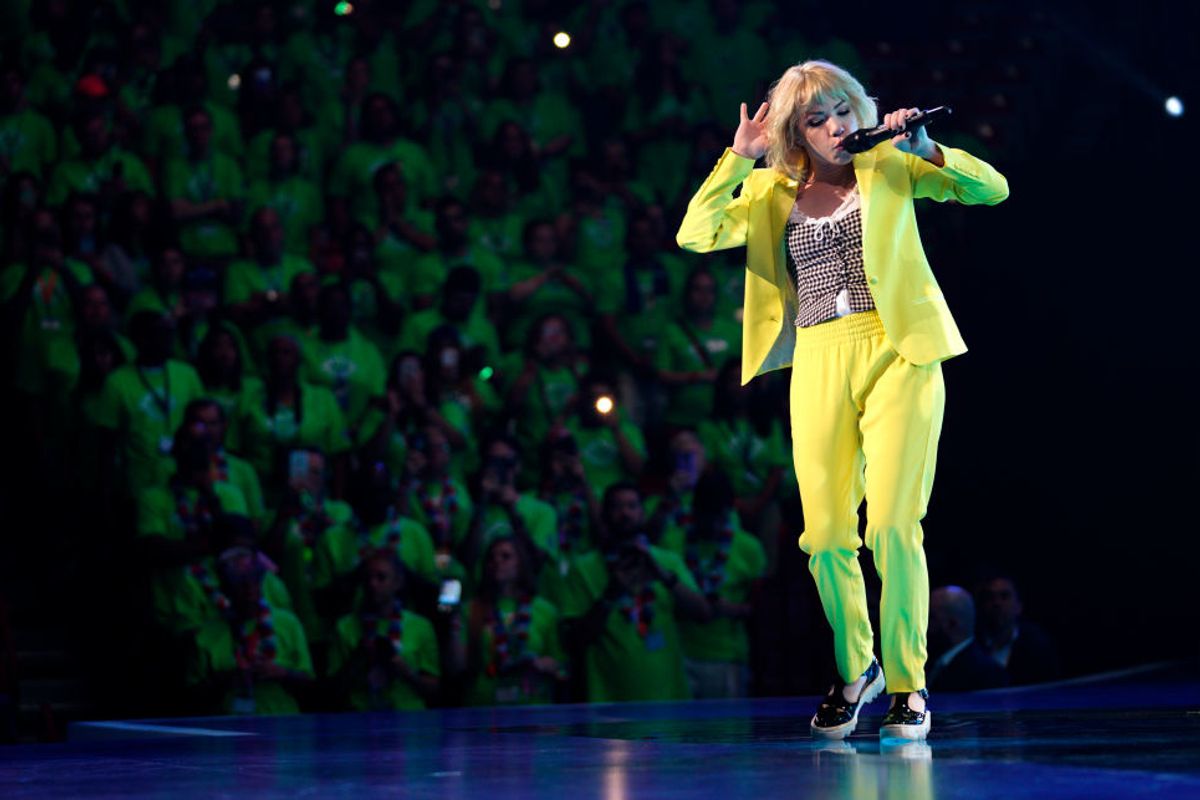 It's been way too long since she's been back on the music scene radar, but Carly Rae Jepsen has resurrected! To the delight of fans, the Canadian pop singer made an appearance at the Lollapalooza after show in Park West, Chicago. She took to Instagram to post photos from the performance, with the caption, "Kinda fun. Really fun. The best feeling ever."

The show was, naturally, sold out. And although Queen Carly hasn't released any new music, she sang hits from her two-part album, E.MO.TION, including "Fever" and "First Time." She did all this while wearing a striped pink coords and white platforms—looking cute AF. Then again, she's never disappointed with her looks.

Carly Rae Jepsen on Instagram: “And now hotel home again to take it all in. I’m so in ❤️. You guys are da best”

Earlier this year, it was announced that Queen Carly would be taking the Lolla spot after singer Jessie Ware reportedly dropped out due to "unforeseen circumstances."

Before going to Lollapalooza, Carly Rae also stopped by Lincoln Center in New York City for her first live performance in a while. She posted on Instagram, with the caption, "I forget how much I love performing. And then I get one little baby dose of it and I'm back to falling deep in all over again. #NYC"

Carly Rae Jepsen on Instagram: “I forget how much I love performing. And then I get one little baby dose of it and I’m back to falling deep in all over again. #NYC ❤️ 📸…”

We hope this means she's coming out with new music to perform live soon!